THIS DAY IN HISTORY… APRIL 24

This famous historical event may or may not be factual. It is, however, a legend that has endured for thirty centuries. After a failed ten-year siege of the city of Troy, the Greek army retreated, leaving behind a large wooden horse as a show of respect to the Trojans. Inside the horse were hidden perhaps sixty Greek soldiers. The victorious Trojans pulled the horse inside the walls of their city as a trophy. That night the Greeks crept out, opened the gates of the wall, and the Greek army which had snuck back, entered, and Troy fell. From this came the line, “Fear Greeks, even those bearing gifts.” Since then “Trojan horse” has come to mean a trick, something not being what it seems, and in the computer world it is a malware.

A possible explanation could be the siege machines of that era resembled a horse. One of those were left behind with soldiers inside. After that the poets got involved, and a legend was born.

I’ve always had trouble with this one. Nice story but a bit far fetched for me. A whole city state that gullible?

Mr. and Mrs. Jacob Murdock, their three children, a family friend, and a mechanic left Los Angeles with the goal of driving to New York. This had never been done before. The vehicle was an open-aired Packard with a folding canvas roof. Brought along were camping supplies, a rifle, extra car parts, ropes, two wooden poles, and a winch. Not only did no paved roads exist back then, in some cases there were no roads, and few maps were available. Many times they had to rely on locals for directions. Neither were there gas stations. The Murdocks had to write ahead to department stores or mechanical repair shops to order gas in sealed five gallon containers. They dropped the friend off in Ogden, then proceeded on to Cheyenne, Omaha, Chicago, and finally New York. The last few days they were followed by a caravan of journalists. They completed the journey in 32 days, five hours, and 25 minutes. Celebrating the trip in Central Park, they were ordered by a policeman to get their muddy car out of the park.

These words are being written on the tail end (hopefully) of the 2020/21 coronavirus pandemic. Right now a road trip sounds mighty good. A road trip sans freeways and interstates.

Gilbert Murray, the 47-year-old president of the California Forestry Association, opened a package in his office and was killed immediately by the explosion. Between 1978 and 1996 the bomber had killed three and injured 23 more. With help of his brother, Ted Kaczynski was identified and captured. Gilbert Murray was his last victim.

What an awful moment it must have been for David Kaczynski when he put the pieces together and realized it was his brother.

Union general in the Civil War. When his men were faltering at the Battle of Ft. Donelson in Mississippi he inspired them with these words. “Come on, you volunteers, come on. You volunteered to be killed for love of country, and now you can be!”

Those are words of inspiration? Good thing I wasn’t there.

Smith died in 1862, not on the battlefield, but of disease.

Royal Air Force officer. Dowding was in command of the fighter pilots during the Battle of Britain. His management, strategy, and placement of limited fighter resources kept the German Luftwaffe at bay and saved England from being invaded. His strategy was to avoid large battle and focus on weakening the enemy through indirect action and attrition. He loved his men and referred to them as his “dear fighter boys,” and they in turn had high regard for him. His reserve and lack of a sense of humor earned him the nickname “Stuffy.” His lack of diplomatic skills cost him, however. Shortly after winning the Battle of Britain he was relieved of command, due to differences in opinion on how to protect London during the Blitz. Although he stayed in the air force for the duration of the war, later in life he became increasingly embittered over his treatment. Dowding approved a book defending his actions during the war, turned to Spiritualism, became a vegetarian, lobbied for animal rights, and was a member of the Fairy Investigation Society. This was a group devoted to the investigation and documentation of fairy sighting. Dowding died in 1970 and his ashes were placed below the window of the Battle of Britain Memorial in Westminster Abbey.

WWII hero to fairy investigator, not your usual path in life.

Poet, novelist, literary critic. Son of the South, Warren was a charter member of the Fellowship of Southern Writers. He is the only person to have won the Pulitzer Prize for both poetry and fiction. His most famous work was “All the King’s Men” based on the radical, populist and corrupt governor of Louisiana, Huey Long. One of Warren’s earlier writings, “The Briar Patch,” defended racial segregation. Later in life, his opinion on that position reversed and he became a high profile supporter of integration. He published a collection of interviews with Martin Luther King Jr., Malcolm X, and a number of other civil rights leaders. In addition to writing, Warren was also a teaching professor at Vanderbilt, Louisiana State University, University of Minnesota, and Yale. He was still writing when he passed away at age 84 in 1989. 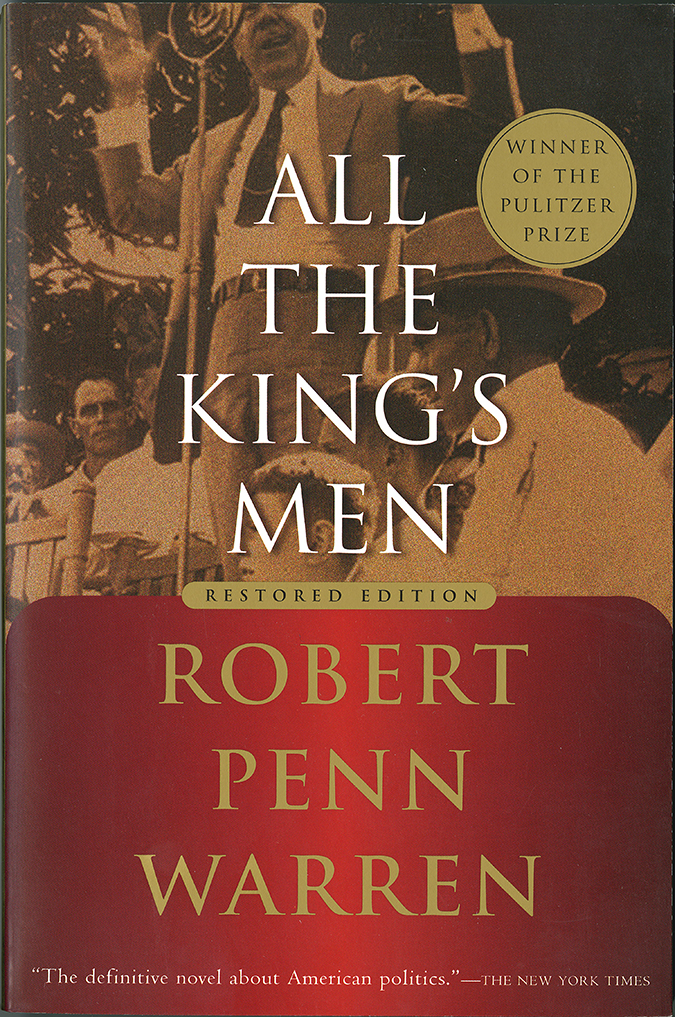