THIS DAY IN HISTORY… APRIL 25

For the countries of Australia and New Zealand, Anzac Day is a commemorative holiday, the same as Memorial Day in America. Anzac stands for Australian and New Zealand Army Corps. As part of the British Commonwealth, the two countries eagerly joined England at the start of the First World War. Their first major engagement was on April 25th, 1915, when they landed at Gallipoli to wrest control of the Dardanelles Straits away from the Ottoman Empire. Over 10,000 Anzac soldiers were killed in this months-long military disaster. April 25th immediately became a day for remembering those who gave their lives for their countries. It officially became a national holiday in the 1920s.

In 1983 I took a trip to Australia and New Zealand. Very early on the morning of April 25th, after almost a month in Australia, I was on my way to board a plane to New Zealand. I checked out of my Bondi Beach hotel in Sydney and got on the subway to go to the airport. Unaware that it was a national holiday, I still knew something different was happening. It was a weekday, a Monday, and the subway wasn’t packed with commuters. Men, all roughly the same age, about two or three decades older than me, began to get on the train. There was a similarity in attitude, attire and presentation in all of them. They sat alone, each in his own thoughts, as they stared stoically straight ahead. Interaction was seldom more than a nod. Every one of them was dressed in a suit, old out of style suits, the suit coats adorned with chestfuls of medals. They wore their suits proudly but awkwardly, as if not accustomed to them.

At this point, even though still unaware of Anzac Day, I knew they had to be veterans and were on their way to some ceremony. More and more men, mostly men, got onto the train. Dignified, proud, silent. It had the feeling of a ritual and each knew his role. There was no show of camaraderie, it was as if each was in his own mental cocoon. Then, at one stop, every one of them stood and got off the train. I wanted to get off also, to see, be part of whatever was happening. But I had a plane ticket and couldn’t miss my flight so I rode the now near-empty train to the airport. There, I asked somebody, and learned that it was Anzac Day.

My next stop was Christchurch, New Zealand. The airports at that time in that part of the world had a neat feature, a bank of telephones connected to a different hotels in the city. Based on a brief description above each phone, including rates, you could pick up a receiver, reserve a room and a van would pick you up. I was taken to a hotel that could have doubled as a set for an old western movie. A saloon on the main floor and an open staircase, complete with a banister, leading up to rooms on the second. Anzac Day in New Zealand also, the bar was crowded, but subdued for the number of people in it.

I checked in, went to my room, took a quick shower, and then went down to get a beer. The bar had emptied out considerably in that short period. The remaining patrons were mostly  older men, the same kind of men I had seen on the subway in Sydney. Only now they were pathetically drunk. Beyond coherent, barely conscious drunk. The same old suits, the same rows of medals across their chests, although one now had some vomit degrading his medals. Yet, as drunk as they were, they maintained the same stoic dignity I had seen on the subway. I love stories, I would have liked to try talk to one of the men, but they were past the point of talk. I guess seeing the beginning of Anzac Day, and the end, was a story in itself. The glory of war.

One of the best anti-war songs ever is “And The Band Played Waltzing Matilda” by Eric Bogle. Whenever I hear that song I think about the time I witnessed Anzac Day.

Broadcast journalist. Murrow was a pioneer of the form in the early days of broadcast journalism. He became a household name in America when he broadcast live from London during the Blitz. While Hitler’s Luftwaffe bombed London and explosions and air raid sires in the background, Murrow described what he was seeing. With a team of young newsmen, Murrow’s Boys, he helped set standards or broadcast journalism that endured for decades. He began each broadcast with “This is London,” and ended it with “Goodnight and good luck.”

Murrow spent his entire career with CBS and after the war went into television and was eventually made a vice president at CBS. During the era of McCarthy’s Red Scare, Murrow was a frequent critic of the Senator. He continued to have great influence in the world of journalism until illness cut his career short. A chain smoker, three packs of Camels a day, Murrow died of lung cancer at age 57. One of Murrow’s quotes: “We can not defend freedom abroad by deserting it at home.”

Mother of Elvis. She was 21 when she got married; her husband, Vernon, was 17. They both lied about their ages to obtain a marriage certificate. Elvis was a twin but his brother was stillborn. Gladys was overly protective and close to Elvis, perhaps due to the circumstances of his birth. She was never able to have any more children. She worried his fame might tear them apart and had a difficult time knowing they’d be separated when he was drafted into the army. Just four months later, on August 14th, 1958, she died of a heart attack.

Would Elvis have followed his own destructive path if she had lived? Despite his fame and fortune, their story is such a tragic one.

* Lead-In Image  – CoolR / Shutterstock.com – “CANBERRA – DECEMBER 10: The Australian War Memorial view on December 10, 2011 in Canberra, Australia. It is Australia’s national memorial to Australians who have died or participated in the wars.” 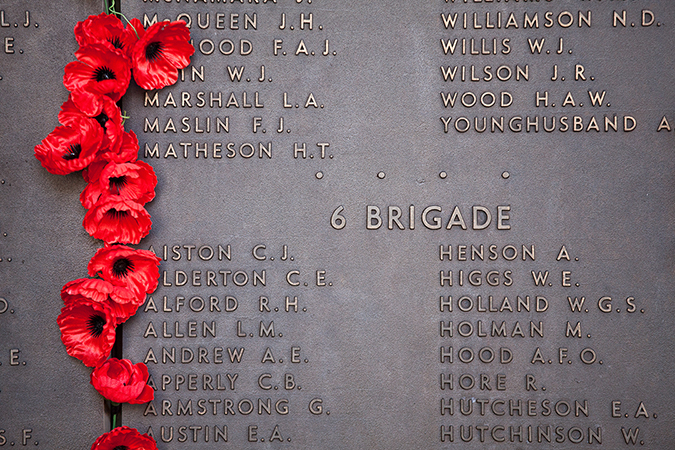 This Day in History – April 6 – Hijinx, Humor, and Insight

This Day in History – April 5 – Hijinx, Humor, and Insight

This Day in History – April 3 – Hijinx, Humor, and Insight

This Day in History – April 2 – Hijinx, Humor, and Insight