THIS DAY IN HISTORY… APRIL 26 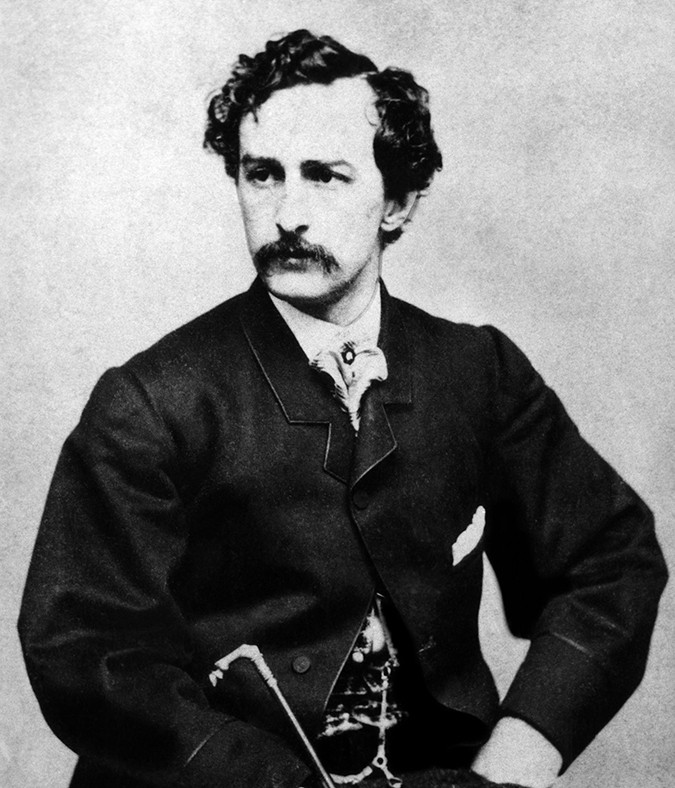 A Union soldier shot through a crack in the wall of the barn where Wilkes (above) was hiding and hit him in the back of the head. Two hours later the killer of Abraham Lincoln died from the same wound he had inflicted upon the president. The soldier who shot him, Thomas “Boston” Corbett was an eccentric case. Born in London, he immigrated to America as a child. He worked as a hatter, a profession that produced mental instability because of the mercury used in making felt hats. Corbett lost his wife and newborn in childbirth and became distraught, turning into a homeless alcoholic on the streets of Boston. One night he was “saved” by a street preacher, and after that devoted his life to God. He returned to work and despite being a good hatter, had difficulty keeping a job because of his tendency to pray and proselytize. He’d stop work to loudly pray for and admonish those who took the lord’s name in vain. One night, after an encounter with two prostitute, so as to avoid temptation, he went home and with a pair of scissors castrated himself. He then ate a meal before finally going to see a doctor.

Corbett joined the Union Army at the start of the Civil War. Again he encountered difficulty over his loud prayers. He chastised his commanding officer for his foul language and ended up in the stockade. At one point he was sentenced to be shot for dereliction of duty but escaped that fate. Returned to duty he was captured and spent five months in the infamous Andersonville prison camp. After the war he was a witness at the trial of the commandant of that camp.

After he shot Booth, Corbett was briefly jailed for disobeying the order to take the assassin alive. When asked why he fired, Corbett replied, “Providence directed me.” Secretary of War Edwin Stanton had him released and called him a “patriot,” turning Corbett into a hero. Corbett tried to capitalize on his fame by going on the lecture circuit but his ramblings were too incoherent. He became paranoid, believing Booth’s avengers were after him, and armed himself with pistols. In 1887 he moved to Kansas, where he got a job as doorkeeper for the Kansas House of Representatives. He lost that job and was put into an asylum after he pulled the pistols and chased Representatives around the building.

Corbett escaped, briefly stayed with an old army friend, told him he was going to Mexico but instead moved to Minnesota. He built a cabin deep in the thick hardwood forests and lived as a recluse. Although his body was never found, Corbett was believed to have perished during the Great Hinckley Fire that swept across the central part of the state.

This was not a man who went gently into the night. Mad as a hatter, indeed.

Held at the Smithsonian Museum of Natural History, this was a debate between astronomers Harlow Shapley and Heber Curtis about the scope of the universe. Curtis argued the universe consisted of many galaxies while Shapley contended it was one infinitely large galaxy. Curtis would eventually be proven right.

I thought a Great Debate would be more along the lines of astronomy versus astrology.

A Loyalist town during the Spanish Civil War, it was destroyed by fascist warplanes from the countries of Germany and Italy. It was the first time civilians had been targeted from the air and Nazi leader Herman Goering viewed it as an experiment to see what it would take to bomb a town into oblivion from the air. He also took advantage of the opportunity for his air force to gain experience. The exact number of civilian deaths is unknown, ranging from the hundreds up to 1,650. The destruction of the town inspired one of the world’s most famous paintings, “Guernica” by artist Pablo Picasso.

Although I never have been in Guernica, I was fortunate to view the famous painting several years ago in Madrid.

Roman emperor. History has labeled him as one of the good emperors. He ruled during a period of prosperity and peace, although as an imperialistic empire, peace was not entirely possible. He is known as much for his philosophical pursuits as for ruling. Here is a quote from Marcus Aurelius. “When you arise in the morning, think of what a precious privilege it is to be alive – to breathe, to think, to enjoy, to love.”

Inspirational. Although I do wonder how this wisdom was received by someone like, say, a gladiator scheduled to fight to the death.

Naturalist and painter. Born in Haiti to a French privateer and his mistress, Audubon was raised in France. Even as a child, Audubon had a fascination with nature and spent much of his time wandering through woods. His father wanted him to have a naval career, but Audubon suffered from acute seasickness and also had no interest in the studying required to learn navigation. He came to America as a young man to escape conscription in Napoleon’s army. He moved west and drew birds as a hobby while operating a dry goods store in Kentucky. After his business failed, his wife supported their two sons by tutoring children of rich plantation owners while Audubon went on a frontier quest. He lived the life of an outdoorsman while painting birds. He hunted and fished to live, survived the New Madrid earthquake, and studied birds. The journey proved fruitful when the book of birds he painted became a resounding success. He moved his family to New York City but continued to travel to the West for his work. Then already he was voicing concern over the destruction of nature’s habitat. He was the first person in North America to band birds and came to understand they returned to the same nest every year. Audubon suffered from senility as he aged and died at 65, from what now would probably be diagnosed as Alzheimer’s. He had no part in organizing the society that bears his name, although one of the founders of the Audubon Society was tutored by his widow and respected Audubon’s devotion to nature’s conservation.

I’ve always known the name, but knew nothing of the man behind the name.

An officer in the 15th Massachusetts Regiment during the Civil War. Ward was wounded and lost a foot in 1861 but by 1863 had recovered enough to return to his unit. He was at Cemetery Ridge on July 3rd and in hand to hand fighting helped repel Pickett’s Charge. Ward was shot in the leg that day and bled to death, leaving behind a wife and two children.

One obscure soldier who gave his all to help save the Union. One of the many who died at Gettysburg. Not sure why I included him today, maybe felt it’s still important to periodically recognize such a sacrifice.

* Lead-In Image  – Everett Historical / Shutterstock.com – “Guernica, after series of bombings by the Nationalists. During Spanish Civil War, on April [26], 1937, planes of the German Luftwaffe ‘Condor Legion’ and the Italian Fascist ‘Aviazione Legionaria’.” 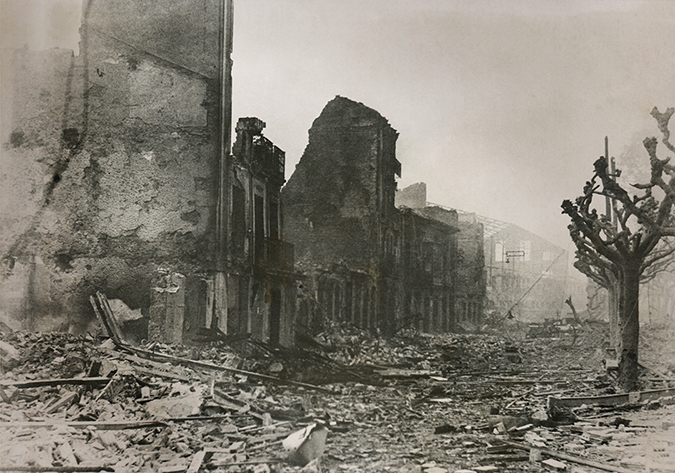