THIS DAY IN HISTORY… APRIL 28

Maybe the US Congress should do the same.

The exercise was a terrible, ill-planned disaster. For morale, security, and publicity reasons it was also a well-kept secret. Only two English destroyers were assigned to protect the American landing ships, LSTs. One of the destroyers had to return to port for repairs and due to being on different radio frequencies the LSTs were not aware of this. German torpedo boats took advantage of this defensive lapse and attacked. Three LSTs were struck by torpedoes, with two of them sinking. 750 sailors and soldiers aboard those ships died from explosions, drowning, and hypothermia. The ships were ordered to scatter to avoid further attacks. One LST captain disobeyed and rushed to the scene and rescued over 100 men bobbing in the icy water.

Other ships continued with the plan, landing their troops on the beaches. Eisenhower wanted to harden the men to the sight, sound, and smell of real battle so he had live ammunition used. Due to another mix-up warships began shelling the beach after the troops had landed. Another 250-300 men were killed by “friendly fire.” There were more casualties during Exercise Tiger than in the actual invasion at Utah Beach.

The men storming the beaches at Normandy, or Iwo Jima, or wherever, are heroes. What are you if you die in training? Not much glory in it but I guess it doesn’t matter, dead is dead.

Ames was a CIA operative turned KGB mole. Multiple CIA “assets” were exposed by Ames and subsequently executed by the Soviets. During his career Ames received anywhere from excellent to poor job performance ratings. He was known to be a heavy drinker, had extramarital affairs, and once left a briefcase of classified material on a subway. He lived in high-priced house, drove a Jaguar, and enjoyed a lavish lifestyle, all on a modest CIA salary. In addition he had a $6,000 a month phone bill. He was also under a heavy burden of alimony payments to his first wife. His second wife was from Bogota, Columbia and he claimed his new-found wealth came from her. Her family instead was impoverished and he was also sending money to them. He collected about 4.6 million dollars from the Soviets for his efforts. Despite knowing they had a double agent in their midst, it took the CIA years to catch him.

I wouldn’t think you would have had to have been a master sleuth to look in this guy’s direction. Or maybe he didn’t stand out because the agency is filled with similar characters. I had a college buddy who went on to become a CIA agent. A wild man, full of reckless bravado and one of the more insane drinkers I’ve ever met. Alcohol-inspired bad ideas landed him in the drunk tank more than once. Yet the CIA was happy to have him. Maybe that’s the profile they seek. But it doesn’t exactly inspire a lot of confidence in our “Intelligence” agency.

Monroe (featured in today’s lead-in image) was a young soldier in the Continental Army and was the last of the Founding Fathers to become President. Monroe was one of the envoys President Jefferson sent to France to negotiate the Louisiana Purchase. He is most famous for promoting the policy known as the Monroe Doctrine.

From WhiteHouse.gov: “Not only must Latin America be left alone, he warned, but also Russia must not encroach southward on the Pacific coast. “. . . the American continents,” he stated, “by the free and independent condition which they have assumed and maintain, are henceforth not to be considered as subjects for future colonization by any European Power.”

Dictator would be a more accurate term. He stabilized the country when it needed it, so some would argue a benevolent dictator. Others would disagree, because of a secret police system that jailed any opposition.

I doubt any would argue he was benevolent, but an argument might be made that his iron-fisted control provided stability. Some clever confusion over Weapons of Mass Destruction undid him.

April 28th has produced some powerful rulers, for better or for worse. And all had a significant impact on the future of their country. Monroe and Salazar left their countries in better shape. Sad as it is to say, and as brutal as he was, maybe that whole region would be better off if Saddam Hussein were still in place. 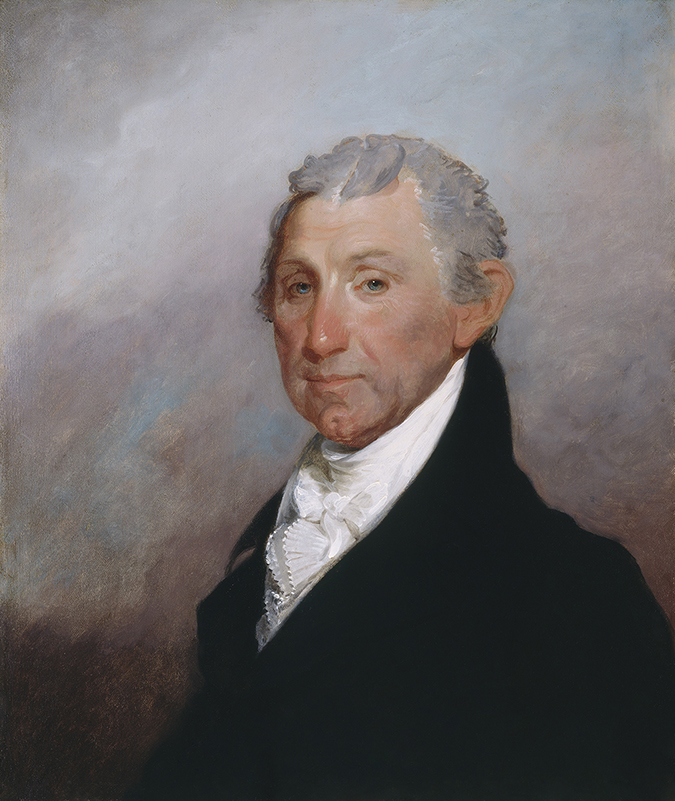