THIS DAY IN HISTORY… APRIL 9

Charles Ebbets, owner of the Brooklyn Dodgers, built the ballpark and named it after himself. The Dodgers lost to Philadelphia in that first game. Called the most nostalgic of stadiums, Ebbets Field played host to the World Series nine times and was the ballpark where Jackie Robinson broke baseball’s color barrier. By the 1950s the stadium was outdated and crumbling structurally. Unable to reach an agreement with the city of Brooklyn for a new stadium, the Dodgers moved to Los Angeles. Ebbets Field was demolished in 1960.

This storied stadium was gone before I had the opportunity to see it.

76,000 American and Filipino troops surrender to Japanese forces on Bataan Peninsula in the Philippine Islands. The fighting had been going on there since January of that year, but due to a lack of ammunition and supplies, surrender was inevitable. What followed next became what was known as the Bataan Death March. Forced to march under a hot sun without food, water, or medical supplies, thousands of American and Filipino soldiers died on their way to a POW camp. Their horrific ordeal was made more torturous by the extreme cruelty of their Japanese captors. After the war the Japanese commander was found guilty of war crimes and executed.

When you’re young, twenty years is a long time. At eighteen, something that happened twenty years earlier is ancient history. I was eighteen and in radio school at the Bainbridge, Maryland naval training center twenty years after the fall of Bataan. That event was brought closer because in our midst was a man who had been part of the surrender of the Philippine Islands. Chief Morley, after spending three and a half years in various POW camps, made the Navy his career. I don’t know if he was at Bataan, there were some Navy personnel there, or captured elsewhere, but he was part of the of the overall surrender of the Philippines. Chief Morley would periodically come into our barracks carrying a small case containing scissors and combs. Besides his regular Navy duties, for extra cash, the chief moonlighted as a barber.

Because I was an introvert, I never had my hair cut by him or was part of the scene. He was an affable man and while he cut one guy’s hair there would be a small group of young sailors standing around listening to his stories. In our crowded barracks, I searched for alone time and tried to stay away from groups. But I did hear one story second hand. He had been shipped to Japan where American POWs were being used as slave labor. He was assigned to a shipyard where he was a riveter. The chief was proud of the purposefully bad job he did, putting in ill-fitting rivets or fewer rivets than specified. He said, “In bad seas or if hit by a torpedo, those ships were just going to peel apart.”

I regret not getting to know Chief Morley. History at my fingertips that I missed. In one way it seems sad that a man who had endured starvation and ill-treatment, and yet performed heroically, should have had to relegate himself to a second job for extra income. But maybe it was therapy for him, a way of dealing with what he had experienced. Here’s to you, Chief Morley.

Anywhere from eight to twelve tornadoes swept across the Texas Panhandle, Oklahoma, and into Kansas. 169 people lost their lives and over 1,300 were injured. One F5 tornado that struck Woodward, Oklahoma was 1.8 miles wide, stayed on the ground for a hundred miles, moving forward at a speed of 50 miles per hour. The property damage was immense, one town had over 100 city blocks destroyed. This was before the days of Doppler and the tornadoes struck with little warning.

Performer and political activist. Robeson attended Rutgers University on a scholarship, only the third African-American to do so. While there he was an All-American football player and earned a total of fifteen letters in various sports. He was also head of the debating team and the valedictorian of his class. He worked briefly for a law firm but quit because of the racism he had to endure. It was then he turned to entertainment and through his baritone voice and commanding stage presence, (he was 6’3” and 240 pounds) became an international star. His rendition of “Ol’ Man River” helped him achieve fame. Robeson also raised the ire of many for voicing his political views. He was an active participant in advancing the civil rights of African-Americans, spoke at labor organizing events, and sang for the Loyalist troops in Spain during the civil war. He also spoke favorably of Russia and was thusly labeled a communist, which he denied. Blacklisted during the McCarthy era of the 1950s, his income plummeted. Although his voice was effectively silenced in his later years, he did have this to say when it was suggested he move to the Soviet Union if he liked it so much. “Because my father was a slave, and my people died to build this country, and I am going to stay right here and have a part of it, just like you and no Fascist‐minded people will drive me from it. Is that clear?”

U.S. Senator. Fulbright served as the senator from Arkansas from 1945 to 1974. Fulbright opposed Joe McCarthy and his House Un-American Activities Committee, was outspoken in his opposition to the war in Vietnam, and supported the creation of the United Nations. As a southern Democrat he also signed the Southern Manifesto which opposed racial integration in public places.

He did some good things, some bad things.

Musician, mathematician. Popular in the 50s and 60s, Lehrer wrote ditties pointing out the foibles of politics and modern society. He was the resident songwriter for the satirical TV show “That Was the Week That Was.” Tired of touring and singing the same songs repeatedly, he retired from show business and taught mathematics and musical theater at the University of California, Santa Cruz. There is no truth to the rumor that he quit because Henry Kissinger won the Nobel Peace Prize. Although he did say that giving the prize to Kissinger made political satire obsolete.

I loved “That Was the Week That Was.” It helped create a political awareness in me, which is what political satire is supposed to do. 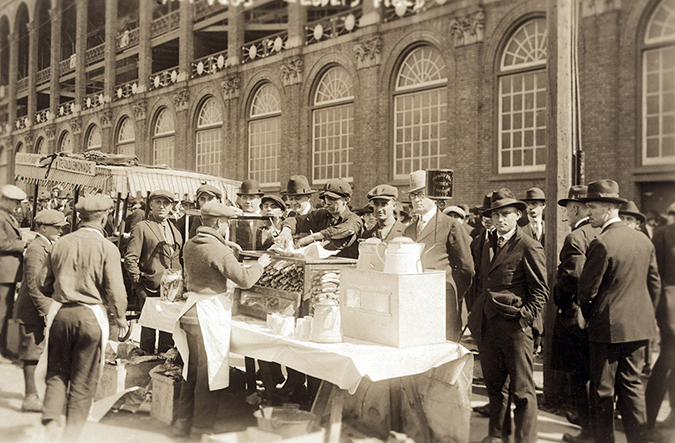