THIS DAY IN HISTORY… AUGUST 10th

News traveled slowly in those days and it took over a month before the document arrived in London via ship. General Howe sent an accompanying letter reading in part, “I am informed that the Continental Congress have declared the United Colonies free and independent States.” Up until that point it was thought the rebellion was only in Massachusetts so it was a surprise to learn it included all thirteen Colonies. British newspapers when they published it, were critical, stating the writers of the Declaration were ignorant of the meaning of words, especially the part about all men have an unalienable right to life, liberty and the pursuit of happiness. One critic wrote “these gentlemen ‘assume to themselves an unalienable right of talking nonsense’”.

I searched but was unable to find any description of the personal reaction of King George III to the Declaration. I bet the indignation would have been wondrous to behold.

1833 – Chicago incorporates as a village.

At the time it had a population of 350 people. The first person to settle there, in 1790, was Jean Baptiste Point du Sable, a free Black man, and his Native American wife.

He can up from New Orleans and farmed at the mouth of the Chicago River. They left in 1800 and in 1803, after wresting away the area from the Indians, the U.S. government built Fort Dearborn there. The fort was destroyed by Indians during the War of 1812 and in 1816, the land was officially ceded to the U.S. in the Treaty of St. Louis. After its incorporation as a village, it was incorporated as a city in 1837, then having a population of 4,000. Right from the start its growth was astounding. In 1883 Mark Twain wrote, “It is hopeless for the occasional visitor to try to keep up with Chicago. She outgrows his prophecies faster than he can make them.” In the 2020 census Chicago had a 2.7 million population.

Chicago remains one of my favorite cities to visit. I especially like the architecture of the downtown building. Stunning.

Appointed by the Supreme Court, the U.S. Senate confirmed Ginsburg with a vote of 96-3. Previously, before President Carter appointed her to the U.S. Court of Appeals, she had argued six cases before the Supreme Court, each dealing with gender discrimination.

McCallum founded the settlement that would become Palm Springs, California. Prior to that he was a lawyer in San Francisco and a politician who had cast one of California’s first electoral votes for President Lincoln. He gave up his law practice to become an Indian Agent and as opposed to many agents, he did not take advantage of the Mission Indians. Instead, after he quit being an agent, many of the Mission Indians were among his friends. One of them showed him the site that would become Palm Springs. McCallum moved his family there because one of his sons had tuberculosis and he hoped the dry climate might aid him in the fight against the disease. McCallum began to buy land, eventually owning what today is downtown Palm Springs. Although he became wealthy, owning much land and a water company, it did not end well for McCallum. Despite the climate his son died of TB and another son died as well, at age 29. Broken by these loses, McCallum himself died in 1897 but his vision of an oasis in the desert lives on.

One Saturday, I, my friend Darrold and his cousin Bob, set out from L.A. to spend the night in Palm Springs. It quickly became obvious most of what the town offered was out of our price range. We did manage, briefly, to sneak into a theater where Joan Rivers was performing. I heard only a few jokes before management decided it did not want us standing in the aisle among the seated guests. We couldn’t afford lodging for the night but Darrold said not to worry. Luckily it was a beautiful evening with a comfortable temperature, clear sky full of stars and a sliver of the moon. The town had quieted down and the streets nearly empty when Darrold pulled his 1956 Chevy up next to a hedge. I thought that’s where we would sleep, in the car, but Darrold had another idea. Motioning us to follow him, he crawled through the hedge. On the other side was the grounds to a swanky hotel. The grounds were deserted and not too far from the hedge was a pool. Surrounding the pool were chaise lounges. We each picked one and soon were deep in sleep. Too deep it seems for when the sun finally managed to poke its way through our closed eyelids we no longer were alone. About a half dozen hotel patrons were scattered around the pool and none appeared too pleased with our presence. I became concerned when a man strode toward us, but he didn’t look like security. Around 30, wearing only a bathing suit, he was well built, good looking and heavily tanned.

“Have a good night sleep?” He asked.

Wary, thinking we should make our escape, we watched him go to a cabana. Shortly he returned, carrying a tray with glasses, a six pack of beer, and small cans of tomato juice. As he poured our breakfast, I indicated the mostly older women around the pool. I said, “I’m not sure they want us here.”

“Them? Don’t worry about it, I’ll service them later. Just nice to talk to somebody young once in a while.” Sitting on a chaise lounge next to us, he turned and smiled at one of the women. “Be with you in a bit, Shirley.” I got more than I can handle, it’s a good gig if you guys are interested.”

At 21 none of us had chosen our life’s occupation yet, but we turned down the opportunity to be gigolos. 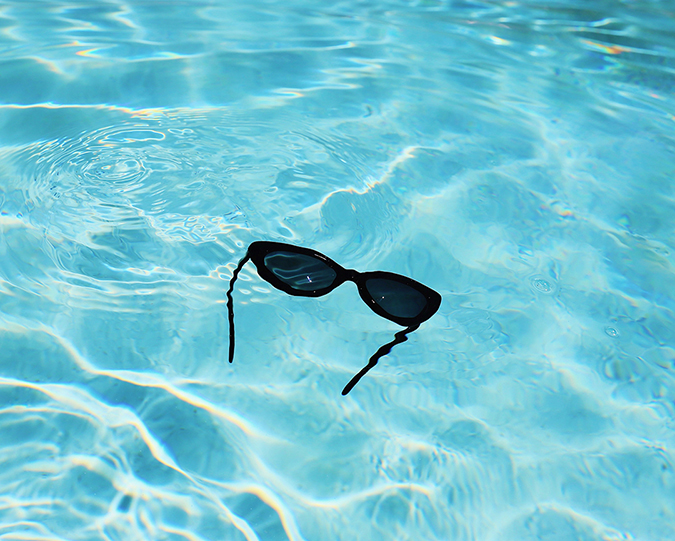