THIS DAY IN HISTORY… AUGUST 16

The Americans in the fort surrendered to a much smaller combined British and Indian force. Through subterfuge, Tecumseh, chief of the Shawnee, made the Americans believe his force was much larger than it was. The commander of the fort was charged with cowardice and sentenced to be executed. President James Madison later commuted the sentence.

Wonder what our National Anthem would be if Francis Scott Key had been at Fort Detroit instead of McHenry?

A battle between Paraguay and the Triple Alliance of Argentina, Brazil, and Uruguay. Militarily defeated, Paraguay refused to surrender. In a last ditch effort they sent young boys into battle wearing fake beards, hoping it would frighten the enemy. Thousands of children were slaughtered in the battle.

From Wikipedia: “The Harmonic Convergence is the name given to one of the world’s first globally synchronized meditation events, which occurred on August 16–17, 1987. This event also closely coincided with an exceptional alignment of planets in the Solar System…

“… The selected date marked the end of twenty-two cycles of 52 years each, or 1,144 years in all. The twenty-two cycles were divided into thirteen heaven cycles, which began in AD 843 and ended in 1519, when the nine hell cycles began, ending 468 years later in 1987. The very beginning of the nine hell cycles was precisely the day that Cortes landed in Mexico, April 22, 1519 (coinciding with “1 Reed” on the Aztec/Mayan calendar, the day sacred to Mesoamerican cultural hero Quetzalcoatl). The 9 hell cycles of 52 years each ended precisely on August 16–17, 1987…

“… The timing of the Harmonic Convergence was allegedly significant in the Maya calendar, with some consideration also given to European and Asian astrological traditions. The chosen dates have the distinction of allegedly marking a planetary alignment with the Sun, Moon and six out of eight planets being part of the grand trine.”

So, you got all that? Me neither. I remember the day well, if not the significance of it. I was working at the New Riverside Café, a workers’ owned vegetarian café [in Minneapolis]. “No meat, no bosses” was its motto. Some referred to is as “The Communist Café.” Given that my last column was about being at Haight-Ashbury, I guess it was an appropriate place for me to land. The staff at the New Riv was an eclectic and wonderful collection of activists, anarchists, socialists, communists, old hippies, a couple of guys on the run, and a coven of lesbian witches. We also had several café lizards in the basement. The belief being they would help control pests without having to resort to chemicals. No workday there was ever the same, or boring. As would be expected, the Harmonic Convergence was viewed with a great deal of anticipation. I don’t know what I was expecting, some kind of world transformation? I remember being disappointed, feeling the whole thing was a bit of a dud. Maybe I just wasn’t properly indoctrinated.

A British subject, Lawrence as a young man lived and traveled in Syria, Palestine and Turkey, studying archeological sites. He both learned the language and adopted the Arabic wardrobe. During WWI he led Arab forces against the Ottoman Empire, which had sided with Germany. His raids were very disruptive to the Turks and he even successfully captured Damascus. Lawrence promised Arab leaders that once the war was victoriously ended they would have their independence from European control. At the Paris Peace Conference after the war, ignoring Lawrence’s advice, the powers-that-be reneged on those promises. Shattered at being unable to keep his word, Lawrence withdrew from public life. He wrote a book, Seven Pillars of Wisdom, enlisted in the RAF under an assumed name, and at age 46 died in a motorcycle accident.

Perhaps if Lawrence’s advice had been heeded, the unrest, war and terrorism that plague the region and the world might have been averted. A very good book, Lawrence in Arabia, covers his involvement and the political intrigues of the period quite well. It should be no surprise that money and oil prevailed over any promises. 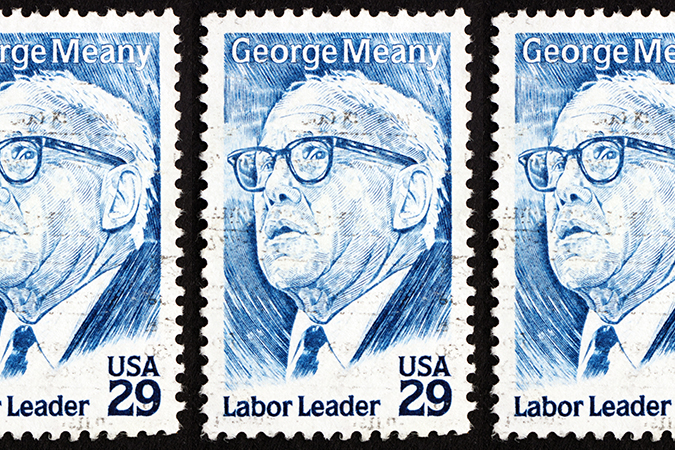 He fought corruption and communism in unions. While he was president of the American Federation of Labor, it was accused of being too conservative and racist. Meany openly fought with other labor leaders such as John L. Lewis and Jimmy Hoffa. He also supported America’s war effort in Vietnam.

From the AFL-CIO website: “Meany viewed the labor movement as more than a “special interest” it was rather the only organization in American life that spoke for the common citizen. He termed it the “people’s lobby.” He believed strongly that free trade unions were an essential part of a democratic society.”

Although generally conservative in his policies, based on the views stated above, Meany in today’s world would probably be regarded as a raging liberal demagogue.

Breaker Morant makes my personal list for all-time great movies. The story line for the movie is credited to a book called Scapegoats of the Empire.