THIS DAY IN HISTORY… AUGUST 21

Spanish military forces, priests, and settlers had occupied the area since 1540, to the dismay of the Pueblo Indians. Various uprisings were put down, usually with much cruelty. After one failed attempt, the Spaniards cut off the right feet of 24 Pueblo men. The Catholic religion was forced upon the Indians, they were forbidden to practice their cultural traditions, and many were enslaved. In the late 1670s, an uprising was planned by an Indian leader named Pope. Prior to that, over 40 “medicine men” were jailed and charged with sorcery. Three were hanged, and the rest publicly whipped before being released. Pope was one of them. The uprising became known as Pope’s Rebellion. He successfully organized 46 Pueblo towns and they rose up in unison. Over 400 Spaniards were killed, including two-thirds of the priests. After the Spanish fled, Pope ordered the churches burned and all Christian symbols, such as crosses, etc., destroyed. A drought had been plaguing the area and was one of the reasons for the uprising. Pope said the gods were angry with the Spanish and once they were gone it would rain. It didn’t, and his influence waned. What eventually happened to him is unknown. The Spanish returned in 1692 and re-conquered the area.

I wonder if the Spanish at the time were puzzled and aghast that the native population was rejecting their just and merciful god.

1841 – Patent issued for the venetian blind.

John Hampton of New Orleans was granted the patent. However the original idea dates back to…drumroll please…yes, you guessed it, the Venetians! And they in turn brought the idea back from Persia.

If only someone could patent an easy way to clean them.

The theft of the world’s most famous painting created a media sensation at the time. At first, it was thought that critics of traditional art, Modernists, were responsible. Picasso was even briefly a suspect. The mystery wasn’t solved until two years later. The culprit turned out to be Vincenzo Perugia, an Italian who believed the masterpiece belonged in Italy. The theft turned out to be a wash for him in that he never received the huge payoff he expected, but neither did he receive a long jail sentence, and briefly he was a hero in his home country.

Nighttime in Paris. The Left Bank. We, Rick and I, were wandering aimlessly. On the other side of the river we saw the Louvre, brilliantly lit up. Dead broke, hungry, no place to sleep that night, a cultural experience was not high on our list of priorities. And unfortunately, that is as close as I have ever gotten to the Mona Lisa.

Basie quit school after junior high and went to work operating lights on the vaudeville circuit. He graduated to playing piano for silent films, learning to improvise to accent the plot lines. He played and led several musical combos until he had his own orchestra during the Big Band era. Basie received nine Grammy Awards, and in 1958 was the first African-American to win a Grammy. That also was the first year the Grammys were awarded.

He is most famously known for acting in and directing Sweet Sweetback’s Baadassss Song. Supporting himself by driving a cab in San Francisco, Van Peebles made several short films. He took them to Hollywood, hoping for a career. Instead he was offered jobs as an elevator operator and a dancer. He went to France where he began writing and became more involved in filmmaking. He made a film about an affair between a black American soldier and white French woman that gained the notice of Hollywood. He was hired to direct Watermelon Man, a story about a white bigot who becomes black. He was to shoot two endings, one where the protagonist becomes a black militant, and the second where he wakes up from a dream. He “forgot” to shoot the second ending. Van Peebles never compromised his integrity and while the film industry is still far from open, his success helped black actors and directors get more work.

He was a near unstoppable offensive force in the National Basketball Association. He once scored 100 points in a game, led the league in scoring seven straight years, was top rebounder 11 times ,and even had one year where he had the most assists. His teams won two NBA championships and he was voted MVP 4 times. As Oscar Robertson put it in the Philadelphia Daily News when asked whether Chamberlain was the best ever, “The books don’t lie.” 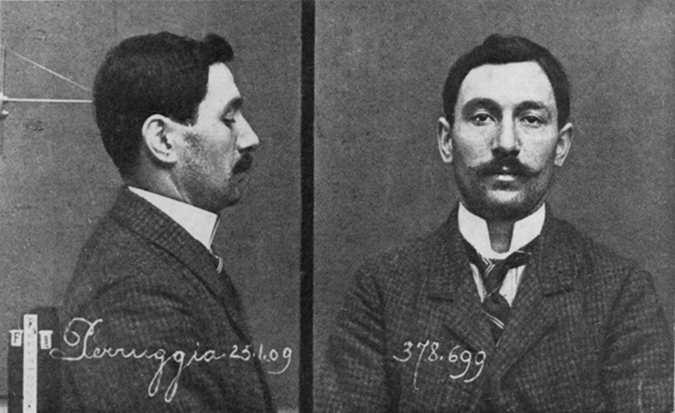