THIS DAY IN HISTORY… AUGUST 23

Wallace was a Scottish knight who fought against British rule in his home country. He became a martyr to the cause of Scottish freedom after his death. King Edward I had forced the Scottish king to abdicate and declared himself ruler of Scotland. Wallace became a leader in the rebellion that was known as the First War of Scottish Independence. His first act of violence was a raid and the assassination of the High Sheriff of Larard. This may have been in revenge for the sheriff’s killing of Wallace’s wife. That information, however, is based upon the writings of a poet named Blind Harry. A Wallace-led army defeated an English army vastly superior in size at the Battle of Stirling Bridge which enhanced his reputation. After a few more victories Scotland, for a while, was free of English rule. In July of 1298, however, a King Edward-led army invaded Scotland and defeated Wallace at the Battle of Falkirk. His reputation suffered and he resigned his leadership positions. After that he tried to engage France to side with Scotland, but those efforts failed. He was captured on August 6th, 1305, taken to England and tried as a traitor to the king. His defense was he could not be a traitor because he never was a subject of the king. Found guilty, Wallace was hanged, disemboweled, beheaded and quartered. His head, preserved with tar, was mounted on the London Bridge.

The Brits do so love to make a point.

Despite maintaining its status as a neutral country, dating back to the Treaty of London in 1839, Belgium was invaded by Germany. The German Chancellor referred to that treaty as “a scrap of paper.” In the early fighting against the French along the border, the Germans believed they were being fired upon by Belgian civilians. Their retribution was severe. They began to systematically line up and shoot innocent people. At one place 77 victims were lined up against a wall and shot. Of them, seven were men over the age of 70, 38 were women or girls, and 15 were children under 14, including some babies. By the end of the day 674 unarmed Belgian civilians had been killed. Stories like these fueled outrage against German brutality throughout the world. This led to exaggerated claims and cartoons featuring the brutality of the evil Hun, fueling more war hysteria. Some of the accounts were outlandish and later disproved, aiding the Germans in casting doubts about the true depravities. However, during the war 60,000 Belgium civilians died, 6,000 of them having been executed.

Katrina began as a tropical depression in the Atlantic Ocean and then intensified into a tropical storm as it moved westward toward Florida. It reached hurricane status two hours before reaching land at Hallandale, Florida. It weakened briefly before intensifying at a rapid pace as it surged across the warm waters of the Gulf of Mexico. It became a Category 5 storm before weakening to Category 3 by the time it struck the coastlines of Louisiana and Mississippi. Flooding caused by the storm caused 125 billion dollars in damage and took over 1,200 lives. The city of New Orleans, due to its levees failing, was the hardest hit on both accounts. It took many years but New Orleans has mostly recovered and is a vibrant city once more.

Guess I failed in picking a cheerier topic. Let’s see what I can do with birthdays.

Of all the days I’ve done this blog, 266 so far, August 23rd provided me with the least amount of celebrities or interesting people as potential material. Many days it is a difficult choice, today I took what I could.

King. Citizen Louis Capet, as he was known during his trial, was king of France from 1774 until the French Revolution eliminated the monarchy and eventually King Louis himself. He became king at age 19 and was unprepared for the role. He was indecisive and his main desire was to be loved by the French people. Louis was king when France aided America in it revolution, done mostly to spite their arch rival, Great Britain. As much as he wanted to be loved by the people, he obviously was out of touch, or untouched, by their poverty-ridden existence and growing resentment. His wife’s reputed impervious attitude did not help either. Understanding the danger they were in, the royal family tried to flee from Paris in 1791 but were captured, sealing their fate. On January 21, 1793, the guillotine shortened Louis XVI’s rather considerable height.

The king was 6’4” tall, quite large for that time period. I wonder if that’s when the term, “your highness” originated.

Songwriter, political activist. Reynolds wrote the song “Little Boxes,” made popular by Pete Seeger. Others of her songs were sung by the Seekers, Marianne Faithful, Joan Baez, Judy Collins, and Harry Belafonte. She contributed songs to “Sesame Street” and made an occasional appearance on the show. She also wrote songs for political causes such as the Nestle Boycott. Reynolds lived in Berkeley, California and passed away in 1978.

I knew her songs but not her. I view songwriting and screenwriting as running on parallel career tracks. Both are creative and rewarding but success usually doesn’t equal fame. Even at the top of the game you can still walk down the street being you.

Actor. Phoenix began his career as a child actor in “Stand by Me.” He received an Academy Award nomination for “Running on Empty” and drew rave reviews for his performances in “My Own Private Idaho” and “Dogfight.” With fame and money came a reckless and undisciplined lifestyle. His career was cut short in 1993 when he died of a drug overdose at age 23.

In contrast to songwriting and screenwriting, acting can bring immense fame. And you’re not allowed to just be you any longer. Success and fame apparently came to Phoenix before he was equipped to handle it, and it cost him his life. 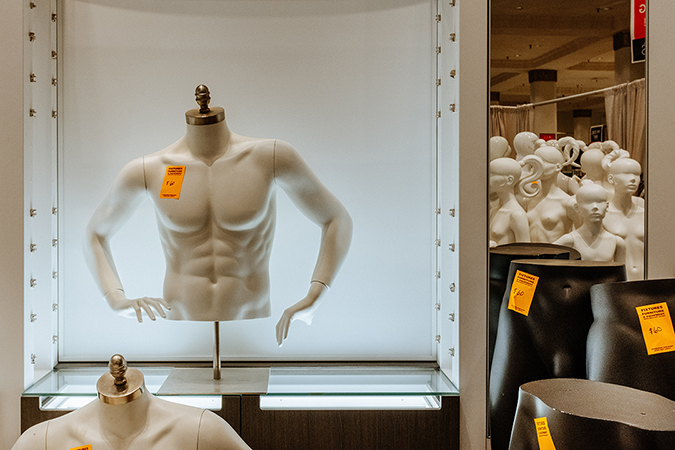