THIS DAY IN HISTORY… AUGUST 24

A towering plume of molten rock, hot ash, and pumice rose twenty-one miles in the air, and then descended, obliterating the Roman cities of Pompeii, Herculaneum, and Stabiae. The final death toll is unknown but as many as 20,000 people inhabited the stricken cities. Archeological excavations have so far uncovered the remains of 1,500 victims. Beginning in 1784 and continuing today, the archeological digs are providing insight and depiction of the Roman Empire.

Led by their chief, King Alaric, the Visigoths marched into Rome and sacked the city. It was the first time in 800 years that Rome had fallen to a foreign army. This defeat is regarded as a major event in the decline and fall of the Empire.

When it comes to bad dates for the Roman Empire, August 24th ranks right up there with the Ides of March.

The battle during the Spanish Civil War began on this date and lasted until September 7th. It was part of the Loyalists’ strategy to drive the Fascist forces back and relieve pressure in other parts of Spain. They met stubborn resistance at the small town of Belchite, population 4,000. In the bombardment and two weeks of street-by-street, house-to-house fighting between Nationalist defenders and units of International Brigade, the town was destroyed. The defenders did their duty however, and held up the Republican advance. After the Fascists won the war, Franco ordered the destroyed town to remain as it was as a monument. Using captured Loyalist prisoners as slave labor, Franco had a new town built next to the old, destroyed one.

Several years ago on a trip to Spain, I stayed in the city of Zaragoza, which is not far from the town of Belchite. Spanish friends of a friend I was visiting in Zaragoza, thrilled at my interest in their history, were more than happy to drive me around to historical civil war sites. One quiet Sunday morning Fabian, Patricia, and I went to Belchite. It held special interest for me because a man I had known had fought there. Martin was the father of Maria, a good friend of mine. Maria and I met through our mutual interest in all things regarding the Spanish Civil War. Although I never officially interviewed him, I had the opportunity to speak with Martin about his experiences in Spain. He was a machine gunner with the Abraham Lincoln Battalion and because he spoke Finnish, served as a communication link with the Finnish battalion of the International Brigade. Martin had passed away years before my trip to Spain so I didn’t have the chance to talk about his role at that battle.

We approached the entrance to Belchite, a medieval archway, in solemn silence. 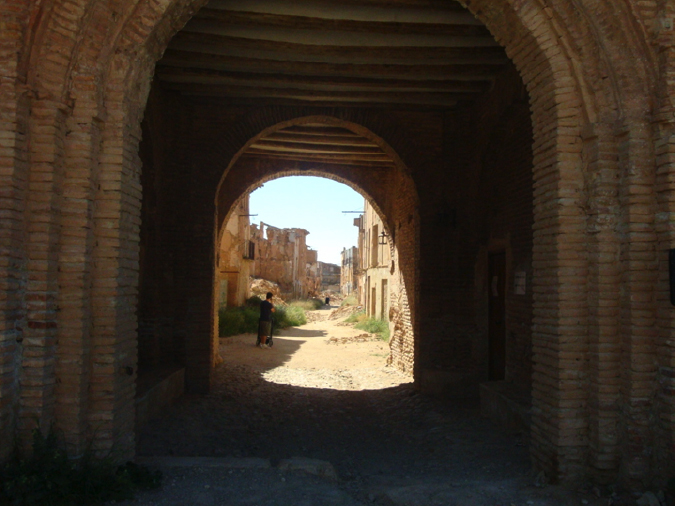 I embarked on one of those most treasured experiences, the sense of stepping back in time. Except for weeds having grown up through the rubble, the town remains the same as it was days after the battle. We picked our way through the fallen masonry and viewed the skeletal structure that had once been a church. I’ve read extensively about almost every aspect of the Spanish Civil War, so to walk these actual streets was an eerie fulfillment for me.

I learned that this former battleground was a favorite playing place for kids. Where in the U.S. kids played cowboys and Indians, or cops and robbers, here they played fascists and loyalists. I also heard the story about ghosts inhabiting the ruins of Belchite. Supposedly, if you sit in the destroyed city in the middle of the night, cries of men dying in battle could sometimes be heard. It was suggested we come back here some night with a couple bottles of wine to see if it was true. While I had my doubts, I’m not so sure I really wanted to find out for sure either. After our tour we went to a small outdoor café in the new city of Belchite and had a beer. Whatever the reason, most likely the history I’d just experienced, I still remember the beer I drank that day as one of the best I’ve ever tasted. 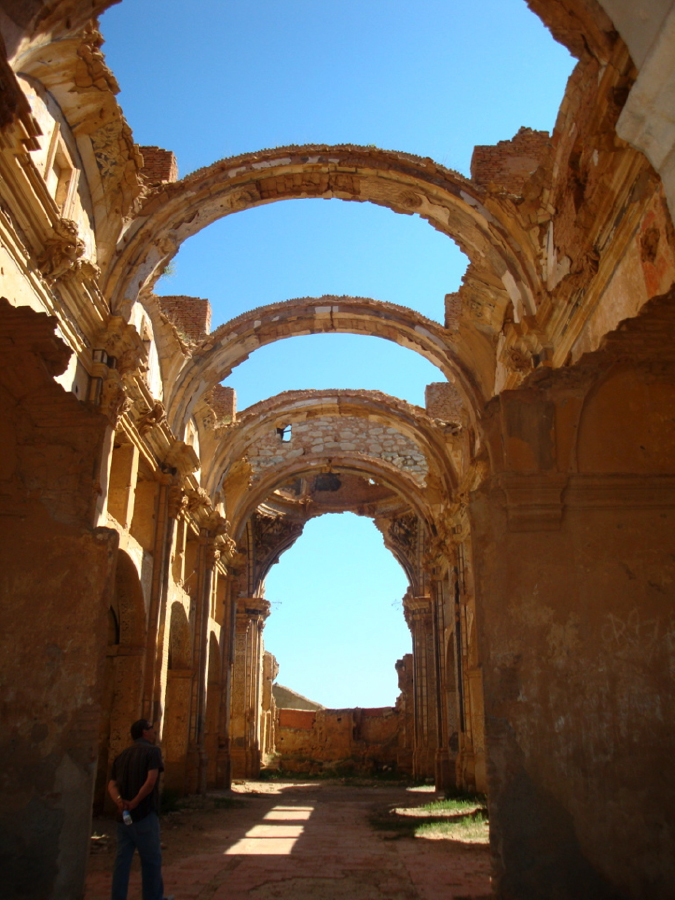 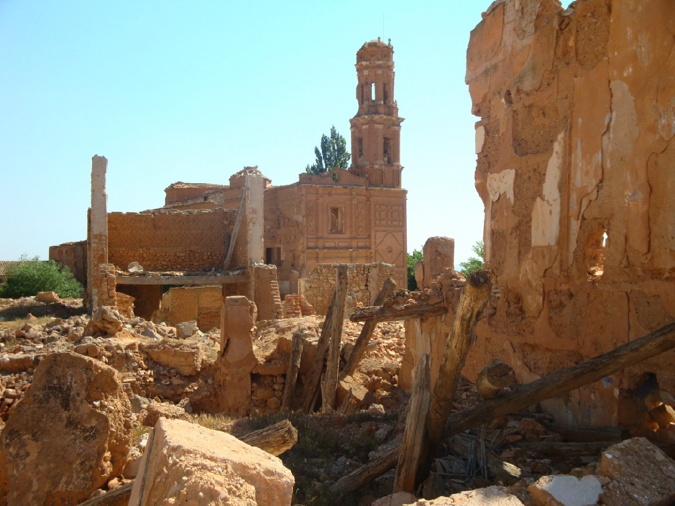 1st Lieutenant with the 7th Calvary, Calhoun died June 25th, 1876 at the Battle of Little Big Horn. Married to Margaret Custer, he was a brother-in-law to Gen. George Custer. Calhoun wrote letters home critical of native culture. He referred to Indians as heathens, and looked forward to when the hunting-gathering lifestyle would no longer be sustainable.

Well, he got his wish…at a price.

Duke, nicknamed the Big Kahuna, is considered to be the father of modern surfing. Due to the influence of missionaries, by the late 1800s surfing had almost ceased to exist. (I suppose it looked like too much fun, so therefore it had to be against God’s will.) Duke never stopped, however, and he helped revitalize the sport. He became a star surfer in Australia and is immortalized in the surfing world there. Duke also won five Olympic medals in swimming and is in both the Surfing and Swimming Hall of Fame. Using a surfboard he once saved eight men from a sinking fishing boat off the coast of California. That’s one of the reason lifeguards all over the world now employ surfboards. Duke had parts in about a dozen Hollywood movies, including “Mr. Roberts,” and was elected sheriff of Honolulu thirteen times.

An extraordinary man who lived much of his life in water. 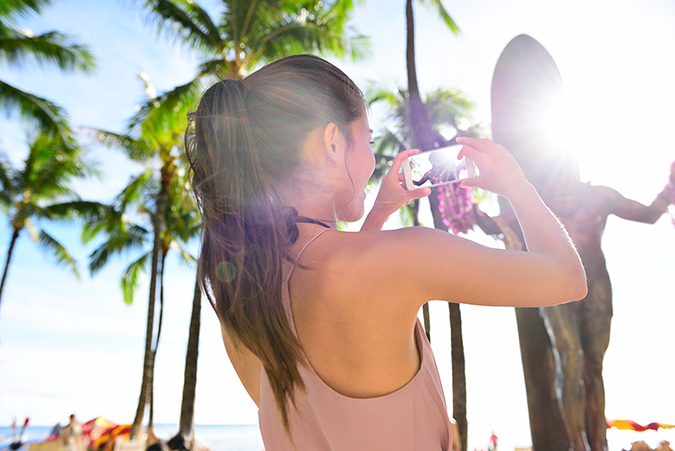 * A Day In Pompeii (video) – Zero One Animation / Youtube.com