THIS DAY IN HISTORY… AUGUST 25

Published in the New York Sun, six daily articles purported there was life on the moon. They were falsely attributed to a famous astronomer of that era, John Herschel. The articles were written by the Sun’s editor, Richard Locke. He had intended them as satire, to poke fun at the astronomical community for some of its wild and unsubstantiated claims. The articles instead were taken seriously, despite descriptions of blue-tinted unicorns, biped beavers and winged humanoids, and caused a sensation.

The New York Herald, on August 31st, challenged the story, calling it a hoax. Still, many peopled believed it. One who didn’t was Edgar Allan Poe who thought it plagiarized from a story he had written. But even he was amazed, saying “For a time, not one person in ten discredited it.” Despite having the articles exposed as a hoax, the Sun’s sales continued to be high. Even P.T. Barnum was impressed, and probably a little envious. John Herschel, a respected astronomer, felt the opposite and was frustrated that his name was linked to it. It wasn’t until five years later that Richard Locke confessed and regretted his part in it.

A good example of how fake science and fake news can undermine real science and real news. A lesson that’s being re-learned at this very time.

1967 – Dean Chance pitches a no-hitter for the Minnesota Twins.

Chance pitched 11 years in the majors and won 128 games. Interestingly he became a carnival barker after his professional baseball career was over. Not out of down-and-out necessity: he was very successful at it and eventually owned over 40 carnival games and employed 250 people.

Although a very avid baseball and Twins fan, I completely missed Chance’s no-hitter. At that time I was still engaged in the Summer of Love.

A Minnesota Twins theme today. On a beautiful, warm August evening, during a game between the Twins and Red Sox, a call was received that a bomb was going to explode at 9:30. This was during a period of civil unrest and there had been prior bombings in the Twin Cities so the threat was taken seriously. It was then that Twins announcer, Bob Casey, shouted out one of his more famous public announcements. “Ladies and gentlemen, please don’t panic but there’s going to be an explosion in 15 minutes!”

I was there. There were four of us, Bunk, Babe, Zerk, and Trick, college buddies and recent graduates. We were happily watching the game and drinking beer when the announcement was made. We looked at one another with amused disbelief. The evacuation of the stadium was quite orderly, with no panic despite the rather strange announcement. Babe and I became separated from Trick and Zerk. The idea was to exit the stadium into the parking lot. It occurred to me there were no restrooms in the parking lot so I suggested a pit stop to Babe. He agreed, and then laughed. “If somebody going to plant a bomb, it’s probably in the can.” Good logic, but I still had to go. “Well, one thing,” I offered, “I bet there’s nobody else in there.” We entered the restroom and I was almost right, there were only two others in there, Trick and Zerk were at the trough urinal. They looked over when we entered and started laughing. “We were wondering if anybody else would be dumb enough to come in here,” Zerk said.

In the parking lot, beer vendors were calling out, “Last chance for a beer!” Zerk finished his beer, placed the plastic cup upside down on the pavement to stomp on it and make a popping noise. Then he stopped, laughed, and said, “Probably not a good idea at this time.” Later we learned some fans simply went onto the field and mingled with the players during the delay. We were disappointed we hadn’t done that.

As far as the nicknames, as silly they are, the story just seems to work better than if I had used Gary, Leon, Lowell, and Richard.

The Twins eventually lost the game 1-0.

1819 – Allan Pinkerton (below, left). Born in Scotland, Chicago policeman, and founder of the famous detective agency. 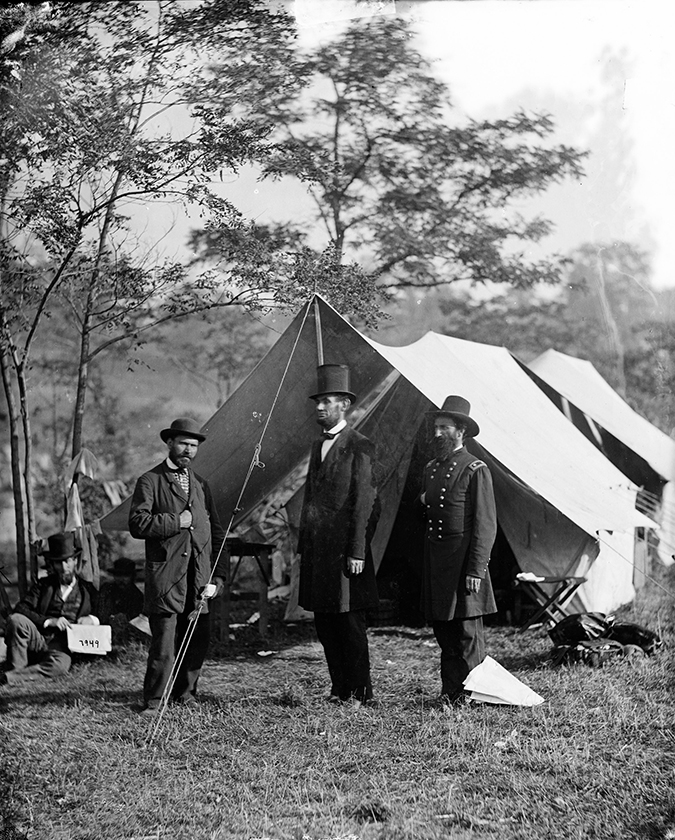 His agency foiled an assassination attempt on Abraham Lincoln in 1861, acted as a spy agency for the North in the Civil War, and on the other side of the ledger, was a labor union buster. His agency was also responsible for breaking up the Molly Maguires. The Molly Maguires were a secret Irish organization in coal-mining Pennsylvania who were fighting (violently) for the rights of the miners. Ironically, Pinkerton fled Scotland because there was a warrant for his arrest for being involved in Chartism. Chartism was a working class movement protesting the injustices of the social and political system in England.

Before he became a detective, Pinkerton was a barrel maker in Illinois, and it is rumored his shop was a stop on the Underground Railroad. He also went to war with the James gang, and gave up. An undercover agent in the gang was exposed and killed, and in a raid on the James house, a bomb was thrown through a window and Jesse and Frank’s mother (they weren’t home at the time) lost part of her arm and an eight-year- old half brother was killed. The Pinkerton’s were an effective force working for the government, partly because they sometimes operated outside the law and were not held accountable to it.

Why does the name Blackwater come to mind?

A famous line from one of his cartoons was: “We have met the enemy and he is us.”

That line, written during a turbulent time, is still apropos today. “Pogo” and “Calvin and Hobbes” are, in my opinion, the two best comic strips of all time. 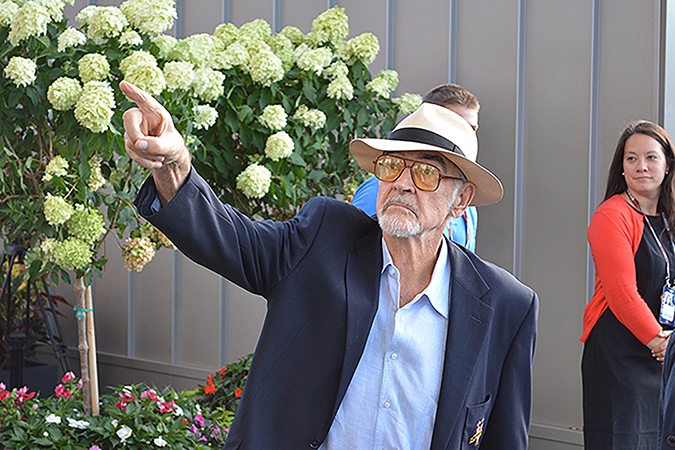 Scottish actor who first came to fame as James Bond. He was in many films and won an Oscar for his role in “The Untouchables.”

Interestingly, Connery had a leading role in the film “The Molly Maguires.”