THIS DAY IN HISTORY… AUGUST 4th

Roe was an African-American mob kingpin in Chicago. He ran numbers, an illegal gambling operation that funneled money back into legitimate businesses in impoverished black neighborhoods. He was known to be a generous man to the poor and gained the nickname “Robinhood.” The Italian mob, the Chicago Outfit, had its eye on his operation and wanted to muscle in. During a Chicago Outfit attempt to kidnap him, Roe fought back and shot and killed Fat Lenny Caifano, a Chicago Outfit hitman. Roe was arrested and tried for murder, but the charges were dismissed when a link was uncovered between the prosecutors office and the Chicago Outfit.

One of the leaders of the Italian mob at the time was Sam Giancana. Giancana led a shakedown of Roe’s operation, shooting and threatening his runners. His life threatened, Roe holed up in his mansion, protected by a team of bodyguards. Then Roe was diagnosed with inoperable stomach cancer. He dismissed his bodyguards and brazenly walked the streets of Chicago. Two shotgun blasts ended his life on Michigan Avenue. His funeral was the largest African-American funeral in Chicago since that of heavyweight boxing champion Jack Johnson. Thousands lined the streets for “Robinhood.”

Giancana also was murdered, twenty-three later. This took place shortly before he was scheduled to testify before the Church committee, investigating JFK’s assassination and the link between the Mafia and the CIA.

Enemy gunboats supposedly launched a number of torpedoes at the U.S. destroyers. This led to the Bay of Tonkin Resolution which basically allowed the president to wage war without it being voted on by Congress. The initial rationalization for this war was based on an aggressive enemy act that may not have happened. President Johnson privately expressed doubt about the incident. He reportedly said, “those dumb, stupid sailors were just shooting at flying fish!” But it was a presidential election year and LBJ’s opponent, Senator Barry Goldwater, was an anti-communist war hawk. Johnson couldn’t appear weak. 58,000 American lives later, the U.S. finally pulled out of Vietnam.

At the time I was a twenty-year-old sailor in San Diego, scheduled to be discharged from the Navy in less than a month. I worried my discharge would be delayed, and I would be extended. Even at my young age, right from the start, I knew the whole Vietnam thing stunk. Of course I was biased, having some skin in the game. I could be extended, I could go to war, and Congress doesn’t even vote on it? Fortunately my buddy Darrold and I had enrolled for the fall semester at a junior college in Cerritos, California. The Navy had a program where they allowed an early discharge if enrolled in college. So instead of getting out on October 15th, I was discharged at the end of August. That month and a half saved me, for shortly thereafter guys were being extended. Who says education doesn’t pay?

80,000 South Asians, most from India, lived there at the time. Many had been brought there by England when the country was a British colony. Amin accused the Asian minority of disloyalty, non-integration, and business malpractice. He sent a letter to the U.N. expressing sympathy for Hitler’s solution to a minority problem. The tactic worked, and many countries offered to accept the South Asians as refugees. Amin’s defense of the expulsion was that he was giving Uganda back to the Ugandans. Once the expulsion started, violence against the Asian community and theft of their property increased. Most of the businesses and property ended up under the control of the government’s Uganda Development Corporation.

Dictators always need a scapegoat. Keep tuned for the next election.

Musician. Arguably one of the most recognizable musicians of all time. This summation of his art from Britannica.com is an apt description: “With his great sensitivity, technique, and capacity to express emotion, Armstrong not only ensured the survival of jazz but led in its development into a fine art.”

Armstrong was born into abject poverty in New Orleans and found his way out through playing first the cornet and then the trumpet. He bought his first horn with the help of a Jewish family that befriended him when he was a boy. He wore a Star of David for the rest of his life in memory of them. Armstrong played in New Orleans, Chicago, and New York City where he was part of the Harlem Renaissance, garnering Langston Hughes as one of his admirers. Armstrong became most influential in the rise of jazz and played to audiences world wide. Because of his friendly, outgoing personality, he was widely accepted by white audiences. He received criticism for playing in segregated venues and for not taking a more strident stance regarding the civil rights issue. However he did call President Eisenhower “two-faced, and gutless” for not challenging school segregation in Little Rock, Arkansas. In protest he canceled his goodwill tour for State Department in the Soviet Union. He said, “The way they’re treating my people in the South, the government can go to hell.”

Armstrong spent much of his life on the road, playing an exhausting schedule. Against the advice of his doctor, he continued to perform and after a performance in New York, suffered a heart attack. He died in 1971 at the age of seventy-years-old.

It must have been about 1966 when I was lucky enough to see him in concert. He was doing a college campus tour and played at St. Cloud State, my alma mater. While the audience wasn’t segregated that night, it had to have been 99% white.

Swedish businessman, diplomat and humanitarian. Wallenberg is credited with saving the lives of ten of thousands of Hungarian Jews at the end of WWII. He worked for a Swedish import-export company that did business in Hungary. Deportation to death camps, mostly Auschwitz, had just begun for Hungary’s 430,000 Jews when the War Refugee Board recruited Wallenberg. He spoke Hungarian and because of his work, had reason to travel to Budapest. He set up a network of 350 people working to save those destined for the camps. He did this by issuing fake protective passports, identifying the holder as Swedish subjects waiting for repatriation. He also rented thirty-two buildings and declared them protected by diplomatic immunity. They flew the Swedish flag and were identified as Swedish libraries or research institutes. Persuasion and bribes both played a part in Wallenberg’s scheme. As the Russian Army besieged Budapest, Wallenberg convinced Nazi officials not to blow up the Jewish ghetto, sparing the lives of the 70,000 people living there.

On January 17th, 1945, Wallenberg was called to the headquarters of the commander of the Russian Army. His last words were wondering if it was as a guest or a prisoner. It turned out to be the latter. He was never seen in public again. Why he was seized is uncertain. Belief he was a spy, or as a bargaining chip, or simply Stalin-inspired Russian paranoia, his fate remains a mystery. Russia acknowledged just recently that he died in a prison camp in 1947, probably executed. However even that is uncertain as other former prisoners report seeing a man who described himself as a Swedish diplomat as late as 1987.

So much for any belief in karma. A cruel and uncertain fate for a man who was a true hero and humanitarian. It’s hard to fathom why the Soviets viewed this man as a threat. Other than goodness is suspect, and therefore a threat to totalitarianism. 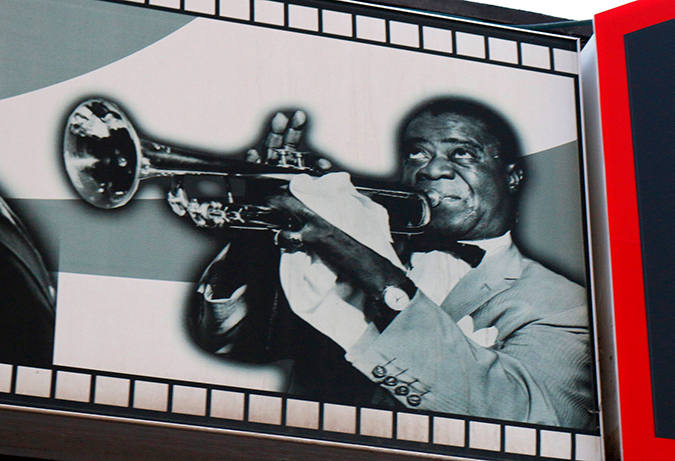