THIS DAY IN HISTORY… AUGUST 5

A Union fleet, commanded by Admiral David Farragut, engaged a smaller Confederate fleet and three forts guarding the city of Mobile. All of the Confederate fleet was quickly destroyed, except the ironclad CSS Tennessee which inflicted heavy damage on the Union forces before it too was defeated. The forts surrendered within days. This action completed the blockade of this region of the South. The news of this victory also aided Abraham Lincoln in his re-election campaign. It was in this battle that Farragut uttered his famous words, “Damn the torpedoes, full speed ahead!”

I can imagine a couple of seaman aboard his ship looking at each other aghast and thinking “Damn the torpedoes?’

The United States, in retaliation for gunboat attacks against destroyers USS Turner Joy and USS Maddox, bombed North Vietnam. Two U.S. planes were shot down and one pilot, Richard Sather, killed. The other, Lt.(jg) Everett Alvarez, was the first POW in the Vietnam War and remained in captivity from 1964 to 1973. On August 7th Congress passed the Bay of Tonkin Resolution allowing President Johnson to wage war on North Vietnam. There is now some doubt as to whether any attack on the Turner Joy and Maddox actually took place. Although U.S. involvement in Vietnam had been going on for some time, this marked the official beginning of the Vietnam War.

I learned of these attacks aboard the USS Jason in San Diego. I had about a month left of active duty in the Navy and was worried I might be extended because of this crisis. I was also puzzled. I hadn’t picked up much in high school but enough to think this whole action was highly questionable, illegal even. There had been no declaration of war so how could LBJ get off sending planes to bomb another country? I even wondered about the Tonkin Bay Resolution. It seemed a wishy-washy way of avoiding declaring war. But for me, at that time, the whole thing was more personal. I had served my time, done my duty, and was sick of the Navy and had little inclination to stick around for a war.

In 1968 the Professional Air Traffic Controllers Organization (PATCO) was formed. It was a trade union that also advocated for safety in the air. PATCO was one of the few unions that endorsed Ronald Reagan in the 1980 election. Reagan wrote them a letter pledging a spirit of cooperation between his administration and PATCO. Perhaps reading too much into the letter, PATCO, in the negotiations for a new contract with its employer, the FAA, asked for too much. When negotiations broke down, the controllers went on strike on August 3rd. Union members had taken an oath upon accepting their jobs they would never strike against the federal government. Reagan used this as grounds for their firing. The union was broken and replacement controllers hired. The private sector noted his success and began taking a harder line against unions and began a dismantling of union influence that continues to this day.

It seems the leadership of PATCO got a little heady and forgot to read the fine print.

“All men are created equal” was both a lofty and hypocritical phrase in the Declaration. Thomas Lynch was one of the signers who believe some men were more equal than others, and some were just property.

Film director, writer, actor. Huston directed such Hollywood classics as “The Maltese Falcon,” “The Treasure of the Sierra Madre,” “The African Queen,” “The Misfits,” and “Fat City.” He received 15 Oscar nominations and won five times. His parents divorced when he was six, and he spent time with each, receiving an education from their pursuits. He watched his father act on stage and his mother took him to horse racing tracks. Huston dropped out of high school in Los Angeles to become a professional boxer, and although successful at first, quit when he suffered a broken nose. He traveled to Paris to study painting, and then to Mexico to begin writing, and somehow became an honorary member of the Mexican cavalry. Then it was on to Hollywood, where he began as a screenwriter. He convinced Warner Bros. to let him direct, and he burst out of the gate with “The Maltese Falcon,” making him and Humphrey Bogart, the movie’s leading actor, valuable commodities in the film industry. They worked together a number of times and were best friends. Huston was cerebral with an interest in literature, ballet, and painting, and incorporated these into his films. He was also a hard-living, hard-drinking, woman-chasing man and was married five times. He had a legendary fistfight with Errol Flynn over Olivia de Havilland, and lost. He is the only director to have directed both his father, Walter, and his daughter, Anjelica. And both received an Oscar. Huston was said to have only one standard and this is from The Guardian Online: “The best horses, the best parties, the best cigars, and the best casting when he made a film.” A lifelong smoker, Huston suffered from emphysema in the latter stages of his life and died from it in 1987 at age 81.

I think next up on my Netflix queue will be a list of John Huston’s movie to re-watch.

Goalie. McCartan was the goalie on the U.S. 1960 Olympic hockey team that unexpectedly won the Gold Medal. He was in the Army at the time and was initially cut, but then got a call asking if he wanted to rejoin the team. As he put it, “It beat going back to the Army.” The U.S. defeated hockey powerhouse Canada and then Russia to win the title. In college McCartan played for the University of Minnesota. He also played third base for the Gopher baseball team that won the 1956 NCAA title. McCartan later played professionally and then became a scout, spending his whole life in hockey.

Not bad, winning both an Olympic Gold Medal and a NCAA championship. A multi-sport player. That seems healthier than a kid devoting 12 months a year to one sport. 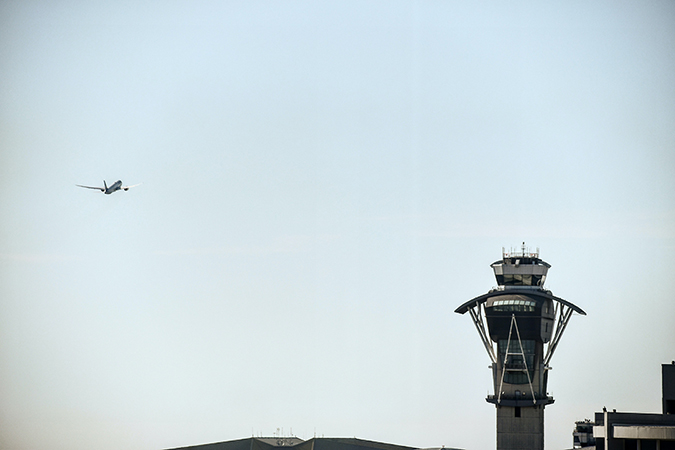