THIS DAY IN HISTORY… AUGUST 6

New York Supreme Court Justice John Crater was last seen on this date. Tammany Hall, a corrupt political machine, ran New York City. President Roosevelt bypassed their preferred candidates and appointed Crater to the bench. Crater had been on vacation with his wife in Maine when he got called back to the city on August 3rd. He did not tell his wife the nature of the emergency. On August 6th he destroyed some papers in his office, then had his clerk withdraw over $5,000 ($78,000 in 2020’s money) from his bank account. He purchased a ticket to a Broadway show, went to dinner with his mistress and a friend, bid them goodbye afterwards, and was never seen again. Did he withdraw the money for blackmail reasons and something went wrong? Did he go on the run? Did Tammany Hall do him in? The mystery has never been solved. Although in 2005 a letter found in the belongings of a deceased woman stated that her husband and several others, including a police officer, had killed and buried him beneath a Coney Island boardwalk.

I can think of a few high level judges I wouldn’t mind see disappearing.

The Enola Gay dropped an atomic bomb, nicknamed Little Boy, on the Japanese city of 300,000 people. The nuclear explosion instantly killed 70,000 people, mostly civilians. Over the years the toll eventually rose to 200,000 due to other injuries and the effects of radiation. The U.S. rationalized that the bomb would end the war quickly and avoid the mass casualties, on both sides, of an invasion. The deadly impact of Little Boy was anticipated. There was a committee meeting to discuss which city should be targeted. Here is an analysis from that meeting. “The bomb should be dropped on a large urban center, the psychological impact of which should be ‘spectacular’ to ensure ‘international recognition’ of the new weapon.”

They got what they wanted. Here is a perverse course of thought. Sooner or later some leader would have had justified the use of the bomb. Given that current nuclear weapons are hundreds of times more powerful than Little Boy, maybe sooner was better in that it now acts as a deterrent. A cold-hearted one, but one based on reality and awful statistics and not mere scientific warnings.

Ali fought London in London, England for the heavyweight championship of the world. In financial trouble, partly due to his controversial conversion to Islam, Ali was trying to get in as many fights as possible before his expected draft notice. London hated boxing and was in it professionally only because of the money he could make. In the third round Ali unleashed a twelve punch combination that rendered London unconscious. When asked if he wanted a return match, London said, “I’d like a return, but only if you put a fifty pound weight on each ankle.”

After being the recipient of that lethal twelve punch combination, I wonder if he still felt the money was worth it.

Bacteriologist. Fleming discovered penicillin in September, 1928. He had accidentally left out an experiment he was working on when he went on vacation. After he returned he noticed a culture growing and also noticed the bacteria that had been surrounding it were destroyed. He was quoted as saying, “When I woke up just after dawn on September 28, 1928, I certainly didn’t plan to revolutionize all medicine by discovering the world’s first antibiotic, or bacteria killer. But I suppose that was exactly what I did.” Fleming’s discovery revolutionized the treatment of infections. He shared the 1946 Nobel Prize for medicine with two colleagues who helped with the study and development of the drug.

Reader advisory. The following is intended for mature audiences only. And certainly not the squeamish. Early in Navy boot camp we noticed other companies consisting of 100 young men all marching with the same pronounced limp. Scuttlebutt (rumors) swirled around what had happened to them, and as was the case with most of our worries in boot camp, the reality was worse. One day we marched into a building and were ordered to strip. Being naked was not an unusual occurrence. Along with shaving our heads it was just part of the process of breaking down, pouring into a mold and reshaping us to fit the Navy’s need. That day as we stood there I heard sounds of distress at the front of our long naked line. Followed by the rough authoritative growl of “shaddup!” Fear and discipline always kept order but that day the sounds of distress continued, as did the “shaddup” command.

I could only see the back of the guy in front of me, Jankowski. But I was moving closer to the sounds of distress and knew I’d soon be confronting whatever it was. Then I was at the front, watching. The Navy offered no curtain or shield for our sensitivities. Jankowski was ordered forward. A single chair stood there, its back facing him. He followed orders by bending over the chair and placing his hands on the seat, then raised his left leg so his foot was behind his right knee. The corpsman held up a needle that resembled, to me, more a harpoon than a needle. Continuing with the harpoon theme, he threw more than pushed it into Jankowski’s left buttocks. With the heel of his hand he pushed in the serum. Jankowski groaned, I gasped and the “shaddup” command was again issued. We later learned we received a double dose of penicillin. When the corpsman pulled the needle out a tube Jankowski’s skin clung to it before the needle finally popped loose. As I bent over the chair I knew exactly what was taking place behind me, the Navy had made sure of that. There was a sharp stab and then a searing pain. I heard a growling “shaddup” so I must’ve groaned.

We were told it wouldn’t stiffen up if we exercised. We weren’t given that opportunity; instead, we sat on a concrete floor, still naked, for an hour. When I finally stood up I felt like I had a ball of concrete in my left buttocks. For the next several days we marched with a uniform limp as newer recruits looked at us with curiosity and horror. Later in boot camp I got an infection in several fingers of my left hand, too much mess duty, and received two more, single-dose, penicillin shots. Perhaps that was too much in a short period of time for I am now allergic to the wonder drug. So while Alexander Fleming performed a great service for the world, he didn’t really do all that much for me. 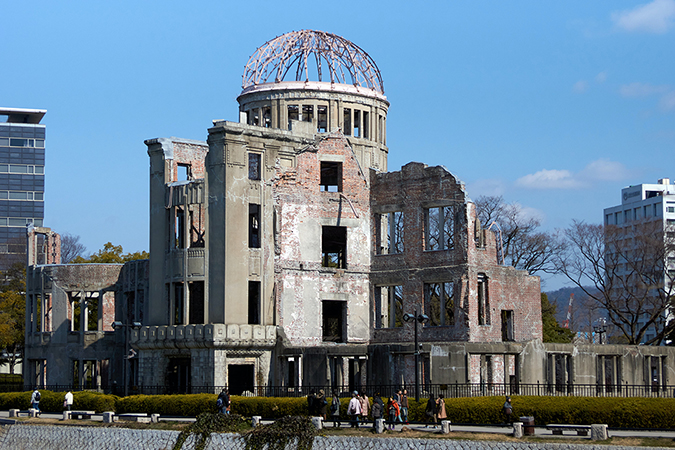