THIS DAY IN HISTORY… DECEMBER 12

Pulitzer, an immigrant from Budapest, spoke both French and German better than English, got his start in journalism by observing and then kibitzing on a chess match in a library in St. Louis. The two players were editors of a failing German newspaper. They offered him a job and through hard work climbed the ladder until he was publisher. Expanding his business holdings he acquired the Dispatch. He was a tireless worker, to the detriment of his health. Attacking trusts and monopolies, supporting organized labor and exposing political corruption, he was committed to raising the standards of journalism. Pulitzer was founder of the prestigious Pulitzer Prize for excellence in American journalism. His competition with Wm. Randolph Hearst however did not bring out the best in either. What resulted was Yellow Journalism featuring speculation, sensationalism, and even fabrication of the news.

From what I’ve read he was mostly a credit to his profession other than in his competition with Hearst. Their sensationalism in trying to sell papers helped push the U.S. into war with Spain over Cuba and the suspicious sinking of the USS Maine.

As a young man Casement worked for the British Colonial Service in Africa. During this time he met writer Joseph Conrad and both initially believed colonization would be beneficial for the people of that continent. They both later changed their minds. King Leopold of Belgium was reaping huge rewards from the Congo and Casement wrote of the brutal treatment the natives received, including child slave labor. His report caused a sensation and garnered him a knighthood in 1911 for his humanitarianism. T.E. Lawrence (Lawrence of Arabia) contemplated writing a book about him. They did have some things in common in that both spoke out on behalf of dark-skinned men, and both were suspected of having sex with those same dark-skinned men.

Five years after he was knighted he was hanged for treason and his naked body thrown into a lime pit. At the outbreak of the First World War he was arrested for smuggling weapons from Germany to Ireland for the Irish Rebellion. Also captured were his diaries depicting homosexual acts. The diaries were used to silence pleas for leniency from such notables as George Bernard Shaw and Arthur Conan Doyle. Association with such a man could prove to be embarrassing for them.

A gay, Irish, gun-running, humanitarian diplomat seems like someone I should read more about. Only one book has been written about him, however, and it has yet to be translated into English.

The orphanage for boys was founded by Father Edward Flanagan. He borrowed ninety dollars from a friend and rented a house for wayward, homeless and orphaned boys in Omaha. So many boys showed up he borrowed more money and bought a farm. Funded by charitable gifts the facility continued to grow with the addition of dormitories, a school and admin buildings. It now encompasses 935 acres in Nebraska. It gained a national reputation in 1938 after “Boys Town,” a movie starring Spencer Tracy and Mickey Rooney, appeared on the silver screen. From Omaha.com: “Father Flanagan took advantage of Boys Town’s fame to advocate for changes in America’s system of care for children. Through his own fiery speeches and in partnerships with other social advocates, he was able to shut down nearly every reform school, where children were often abused and used as free labor. He also shamed faith-based orphanages into adopting his more-compassionate model of care, where youth received an education and enrichment through music, the arts and religion. In doing so, Father Flanagan showed the country that even the most troubled kid could become a good citizen.”

I had a friend in the Navy who grew up in an orphanage in Philadelphia. Judging from his bitter asides, little of Father Flanagan’s compassion resided there.

Founding Father. Jay was a delegate to both the 1st and 2nd Continental Congress. Along with Hamilton and Madison, he argued for more a centralized form of government. Jay and Benjamin Franklin were negotiators on the Treaty of Paris in which Britain recognized America’s independence. He was selected as the first Chief Justice of the Supreme Court. In Chisholm v. Georgia (1793), Jay’s court ruled that the federal government ultimately had power over the states. Jay also served as Governor of New York and as an early abolitionist helped abolish slavery in that state.

Although he was imperfect, being a slaveholder, I’ll go out on a limb and say that as a nation we are better off because of John Jay.

French writer. His most famous work is “Madame Bovary.” The publication of the novel brought him a charge of immorality by the French government, from which he barely escaped conviction. A perfectionist, he sometimes spent a week working on one page as he searched for the best phrase or adjective. (Wow!) Flaubert was also a noted cynic as this observation of his proves: “To be stupid, and selfish, and to have good health are the three requirements for happiness; though if stupidity is lacking, the others are useless.”

Hmmm, so that’s why people in Wisconsin seem so happy.

Civil Rights activist. I think this excerpt from a speech she gave tells us what we need to know about her: 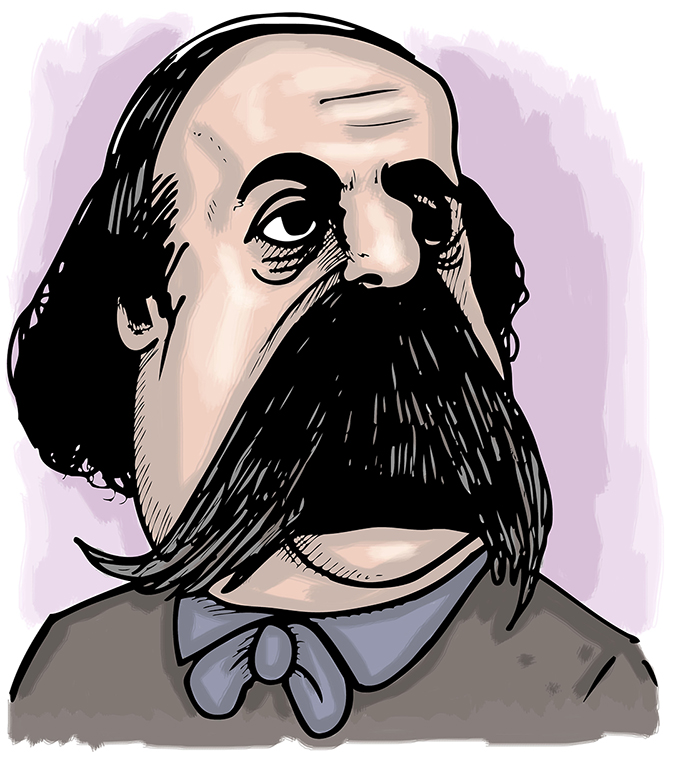