THIS DAY IN HISTORY… DECEMBER 16

China at the time was ruled by the Tang Dynasty. An Lushan was a general who was a favorite of the Emperor’s court. That was not enough, for he saw himself as the head of a new dynasty. With a huge army at his disposal, he began conquering territory and put the Tangs in a difficult situation. They hired mercenaries to protect their empire, and the military operations forced them into debt. An Lushan furthered his cause by treating vanquished foes with kindness, causing many to switch to his side. His quest ended due to intrigue within his own ranks. His son, with aspirations of his own, assassinated him. And then his son in turn was assassinated. The rebellion soon fell apart. The effects of the rebellion, however, the price the Tang Dynasty paid, eventually led to the unraveling of the empire.

Contrary to popular belief the Tang Dynasty did not invent the powdered fruit-flavored drink.

Fought in what is now South Africa, white settlers known as Voortrekkers, or Trekkers, fought Zulu chieftain Dingane and an estimated 10,000 to 15,000 of his warriors. The Trekkers force, led by Andries Pretorius, numbered only 470. The Trekkers, armed with muskets in addition to two cannons, formed a barricade with their wagons. The Zulus attacked with short-handled spears, effective only at a closed distance. Their ranks were decimated by the firepower. The water of the Ncome River ran red with blood, thus giving the battle its name. An estimated 3,000 Zulus were killed while the settlers suffered only three slightly wounded.

This battle led to the creation of an ethnic nationalism among the whites. They believed it was God’s intervention that led them to victory and gave them divine right to establish a state. Pretorius was given a farm by the Trekkers as a reward and he named it Welverdient which translates into “Justly Earned.”

I’m somewhat suspicious of the numbers here, of the Zulus involved and their casualties. As the saying goes: “History is written by the victors.”

Seventy-three people were killed and 200 injured in this train accident. The Tamiami Champion ran between New York City and Florida. In North Carolina three cars of the southbound train derailed and tilted onto the adjacent tracks. A brakeman failed to flag down the northbound train and it slammed into the derailed cars at 85 miles per hour. Among the dead were 52 servicemen going home on leave for the holidays. The train’s name, a combination of Tampa and Miami, was retired after the crash.

I hate to fly and love to travel by train. In addition to comfort, I’ve always felt safer on a train. Despite stories like this I am going to continue to hold onto that belief.

19th century English writer. Popular at the time, her writing, including Sense and Sensibility and Pride and Prejudice, has stood the test of time. Some argument could be made that she is even more popular now. Austen’s charm was her characterization of ordinary people, something that stylistically hadn’t been done before. She was published anonymously, perhaps because England wasn’t ready for a female novelist. Her identity wasn’t revealed until after her death at the early age of 41. Austen never married and not much is known about her life. Potential biographers have been frustrated because her only sister, wanting to protect her reputation, destroyed most of the 3,000 letters she had written in her lifetime.

As I do this blog, my reading list keeps getting longer.

English playwright. December 16th seems to be a day for English writers. Coward wrote a large number of plays, some of which, like “Blithe Spirit,” are still presented today. He was also an actor, composer, director, singer, wit, and known for his flamboyance. Flamboyance at that time could be a euphemism for homosexuality, and more a sign of the times then a commentary on him. During WWII, Coward left the entertainment field to head the British propaganda office in Paris. One of his quotes from that time: “If the policy of His Majesty’s Government is to bore the Germans to death I don’t think we have time.” King George VI wanted to give Coward a knighthood for his war efforts. Churchill convinced him to withhold the award, his reason being that Coward had been fined for some minor offense. The real reason being that Coward was gay. He never publicly discussed his sexual preferences. He thought talk of sex of any kind was tasteless.

From Wikipedia: “Even in the 1960s, Coward refused to acknowledge his sexual orientation publicly, wryly observing, ‘There are still a few old ladies in Worthing who don’t know.’”

Member of Dutch Resistance. From TracesOfWar.com: “The “Verzetsherdenkingskruis” (Dutch Resistance Memoration Cross) was posthumously awarded to the children of Hendricus A.A.P. Verbunt by the mayor of the city of Tilburg. As a civil servant he helped the resistance by making false identity papers. On 26 May 1944 he was executed by the Germans for his involvement in the assassination of a collaborator named Piet Gerrits.”

The above paragraph is the total of what I could find on Henricus Verbunt. A courageous man, a hero, who gave his life resisting one of the greatest evils the world has known. Seems like there should be more. 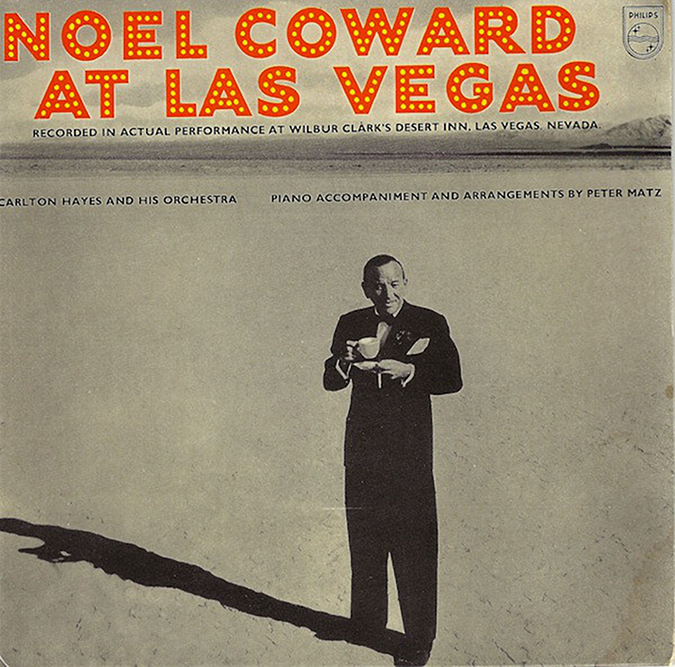