THIS DAY IN HISTORY… DECEMBER 2

By most accounts Bonaparte crowned himself in Notre Dame Cathedral. Whether Pope Pius VII handed him the crown or he snatched it away from him is uncertain. Either way, by crowning himself, symbolically what was being conveyed was that he rejected the authority of the Catholic Church. Having saved France from collapse, the thirty-five year old Bonaparte was at the height of his power. He was also the first Frenchman to be emperor of France in a thousand years.

When I was a wee lad my mother sent me to a summer church camp. I hated every miserable moment of it. At one point during the week there was a talent show. Other than daydreaming I had thus far displayed little evidence of talent in any of life’s categories. So, because of my small stature, they had me play Napoleon. I had no idea who he was and since I didn’t follow direction well, (another talent) I neglected to do the hand folded across the stomach pose, so nobody knew who I was supposed to be. Apparently I failed that typecasting test.

At the time he was the oldest man to be elected president. Harrison ran as the Whig candidate and his campaign slogan was “Tippecanoe and Tyler too.” As the ninth president, he served only thirty-one days before dying of pneumonia, the shortest tenure of any president. Harrison was popular because of his reputation as an Indian fighter and that’s how his campaign slogan originated. Because of his short stay in office, his presidency has not been rated or ranked historically.

Although his campaign slogan has to be ranked right up there.

A nineteenth century belief that American settlers were destined, even obligated, to expand across the continent to the Pacific Ocean. Bred from the belief that the nation, because of its founding, had special virtues.

From USHistory.org: “At the heart of manifest destiny was the pervasive belief in American cultural and racial superiority. Native Americans had long been perceived as inferior, and efforts to ‘civilize’ them had been widespread since the days of John Smith and Miles Standish. The Hispanics who ruled Texas and the lucrative ports of California were also seen as backward.”

It wasn’t a widespread belief, however, as many Americans, Lincoln and Grant among them, rejected it. Also it was viewed warily because some thought it a means to expand slavery. Those supporting it used the term to justify the Mexican War. It was conquest based on the belief it was American’s right and duty, backed by idealism and religion. Issues included not only money and religion, but also race, patriotism and morality.

If you really want something, to the point of taking it, it helps to believe that you deserve it. That’s how I viewed Manifest Destiny when I was learning about it as a kid. Haven’t changed my mind, especially when patriotism is thrown into the mix.

Singer, nightclub owner, spy. AKA Clara De La Taste, Claire Snyder, Claire Finn, Claire Enette, Dorothy Smith, Carla Fuentes, Dorothy Fuentes, and High Pockets. She ran away from her broken home in small town Oregon, worked with a carnival, married young and often. In the fall of 1941 she traveled to Manila to try to jumpstart her career as a torch singer. At this point she was married to, and separated from, Manuel Fuentes, a citizen of the Philippines, and had a small daughter, Dian. Singing in the clubs in a city filled with young servicemen, Claire soon fell in love. John Phillips, a private in the U.S. Army, was twelve years younger, but that didn’t matter. Later, in her telling, Claire would elevate him to a sergeant. As with most good spies, she had a loose association with the truth.

When the Japanese attacked the Philippines, Private Phillips retreated with the army to the Bataan peninsula. At his urging she used his car to flee Manila and follow the path of the retreating army. On the flight they reconnected several times before being separated. He fought with the army and she retreated to the hills, with Dian, and joined a guerilla organization led by an American, John Boone.

Faced with starvation and disease, Claire, with no training, functioned as a nurse. She lost a lot of weight, caught malaria, but survived. Boone thought she could be of more help to the resistance if she went back to Manila, and she agreed. She used her marriage to a Filipino, Manuel Fuentes, to obtain an ID as a citizen of the Philippines. Having that as a cover, she wasn’t thrown into an internment camp with the rest of the Americans who had been living in Manila. Allowed to move about freely, Phillips opened a nightclub that catered to Japanese military officers. There, Claire and the women who worked for her, plied the Japanese with drinks and used their charm to gather information.

Although Claire and her staff had to endure insults, humiliation, and being slapped, the nightclub thrived. Unfortunately, due to the slow lines of communication, most of the information gathered was of little use to the American military. However, where they did make a great impact was providing food and money to the guerilla bands operating in the rural areas and also to the POWs in Japanese camps. She also wrote notes to the captured men raising their morale. She was known throughout the resistance as High Pockets. The name is thought to have come from her habit of hiding notes and money in her bra. Claire continued to search for her husband, although it is uncertain if they were ever married, only to eventually learn that he had died in a prisoner of war camp.

The Japanese were suspicious of her activities and questioned her, but she escaped detection. Worried about being arrested, she had entrusted the care of her daughter to another spy, Peggy Utinsky. Claire continued her operations until May of 1944 when she was finally arrested. Imprisoned, tortured, starved, and at one point sentenced to be executed, she managed to survive until liberated by the returning American Army.

Reunited with her daughter, Claire returned to the States. She gained a certain amount of fame with a book and movie about her life as a spy, and she was on the “This Is Your Life” television show. However, she was not compensated by the government as generously as other civilians who had resisted the Japanese. There was resentment or jealously from the other spies, including Peggy Utinsky, and Claire’s contributions could, or would, not be verified. Some of her lies came back to haunt her, like being married to Manuel Fuentes while claiming John Phillips as her husband. She was accused of being granted special favors for consorting with the Japanese. Also her wartime diary somehow materialized, and it did not substantiate some of the facts she had claimed. In 1957 Claire received $1,349.21 from the government for her efforts, a fraction of what some of the others received.

After the war Claire briefly reunited with Manuel Fuentes, but they soon divorced. She married again, to an ex-prisoner-of-war, but they also divorced. She lived in Portland, worked in a department store and as a waitress, spoke to veterans groups, and fought with alcoholism. Claire Phillips died in 1960 at the age of fifty-three.

To me what Claire Phillips did is truly heroic, despite her flaws. After all, spying is not exactly a noble trade. She deserved to be treated better by the U.S. government. But there is seldom fairness on that front. There is an excellent book, “MacArthur’s Spies” by Peter Eisner, detailing her espionage work behind Japanese lines. 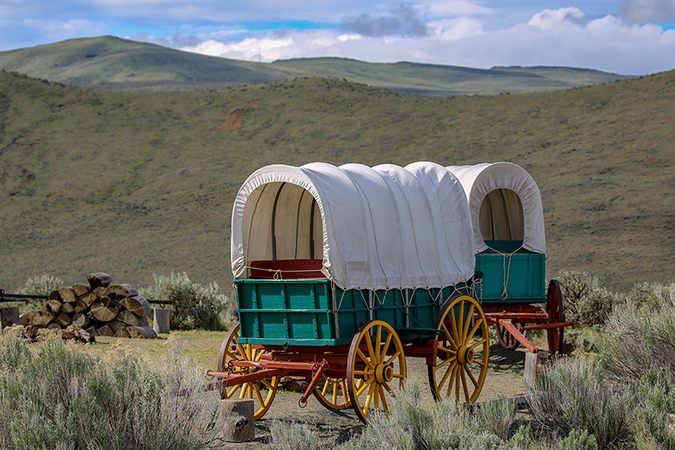