THIS DAY IN HISTORY… DECEMBER 21

James Naismith, a physical education teacher, looking for a game that caused less injuries than football and could be played inside in the winter, came up with the idea. He started with a soccer style type of ball and two peach baskets. The baskets were attached to the railing of the balconies at each end of a gymnasium. The first rules stated the ball could only be advanced by throwing to another player; dribbling was a later evolution. Some rules have stayed the same, like striking another player, which is still forbidden. The first game had nine players on a team and ended with a score of 1-0. The novelty caught on and as more games were played a janitor had to be present with a ladder to retrieve the ball when a goal was scored. The first innovation was cutting a small hole in the bottom of the basket so the ball could be poked out with a broomstick. Then the bottoms of the peach baskets were cut out, speeding up the game considerably. It wasn’t until 1906 that the baskets in basketball were retired and replaced with backboards, metal hoops, and netting. At Naismith’s first game there were thirteen rules. Since that time the game has experienced continuous evolution and the rules have expanded accordingly. It hardly resembles the game James Naismith invented.

I suppose some changes were necessary, like getting rid of the need for a ladder. Dunking into a peach basket with a bottom just wouldn’t have the same effect.

Pan Am Flight 103 was 31,000 over Scotland when a bomb hidden in a cassette recorder exploded. The plane crashed into the town of Lockerbie killing all 259 people aboard and 11 on the ground. Passengers and crew from 21 countries were killed, including 190 Americans. The FBI, working with Scottish authorities, traced those responsible for the bombing to Libya. Two officers in Libya’s intelligence service were the suspects. Libyan dictator Muammar Gaddafi turned them over and they were tried in a Scottish court. One was acquitted and the other, Megrahi, was found guilty of 270 counts of murder. The FBI believe the guilty man did not act alone and that others were involved, possibly even Gaddafi, although he denied knowledge. Megrahi had served less than ten years of his life sentence when he was released for compassionate reason, due to having prostrate cancer. Without admitting guilt, Libya agreed to pay compensation to the families of each victim. The negotiations included the lifting of economic sanctions against Libya. In 2003 the families received 8 million dollars each, minus legal fees of 2.5 million.

A horror story for most everyone involved, except of course the lawyers.

The Vice President had sent out a family Christmas card with the word beacon spelled beakon. Neither staff nor the printer noticed the error and thirty thousand cards were delivered.

Hey, anybody can make an error.

Since it’s the season, I’d like to wish everybody a Merry Christmas and a hope for Peece on Erth.

Diplomat. Ball worked in the State Department from 1961 to 1966 and was a persistent voice opposing America’s involvement in South Vietnam. When President Kennedy sent the first contingent of 16,000 soldiers there, ostensibly as advisors to train the South Vietnamese army, Ball argued against it. He stated “Within five years we’ll have 300,000 men in the paddies and jungles and never find them again.” JFK didn’t listen to him. When President Johnson initiated a bombing campaign North Vietnam he advised against it. LBJ didn’t listen. Ball stood alone in the administration in arguing against America’s escalation of the war. Nobody listened.

Ball was also critical of Israel and its policies toward Arab states. He was especially critical of the USS Liberty incident in which Israel wantonly attacked the American ship killing 34 sailors and wounding 171. (See my June 8th post.) Israel suffered little consequence for this action and Ball noted since they were not punished for the blatant murder of American sailors the lesson learned was they could get away with anything. He also argued about the political, financial and moral cost of the aid to Israel. Again to be ignored. Ball passed away in New York City in 1994.

A wise man. Our country would have been better off if more had listened to him.

Football coach. Paterno’s tenure at Penn State lasted from 1966 to 2011 during which time he was one of the nation’s most successful coaches. His teams won two national championships and played in 37 major bowl games, and in 2007 he was inducted into College Football Hall of Fame. His reputation was besmirched however by a child sexual abuse scandal that took place in the Penn State football program during the final years of his career. One of Paterno’s former assistant coaches, Jerry Sandusky, had retired two years earlier but still had keys and access to the locker room. Sandusky was witnessed sexually abusing a ten year old boy in the Penn State locker room. The incident was reported to Paterno who in turn notified several of the school’s administrators. After that there was no action taken, no follow-up, and Sandusky continued his pattern of attacks on young boys until 2009. In 2011 he was charged with 52 counts of sexual assault.

Sandusky was sent to prison and an investigation by a former FBI director, Louis Freeh, concluded that Paterno had withheld information about the abuse. Paterno was fired as the coach of Penn State during the season of 2011. Students and alumni were outraged and an independent investigation, commissioned by his family, was critical of the Freeh report. Paterno died less than three months after his dismissal.

Whether his firing was just or unjust it seems there was more outrage over that than what happened to dozens of young boys.

Major League pitcher. Andujar pitched in the big leagues from 1976 to 1988 compiling a 127-118 record. He was an All-Star four times and pitched in two World Series for the St. Louis Cardinal. A colorful and sometimes volatile player, Andujar created excitement whenever he was on the field. He also had a colorful relationship with the English language. Commenting on a strange play that had taken place he said you could sum up all of baseball in one word. When asked what that word was he replied “Youjustneverknow.” 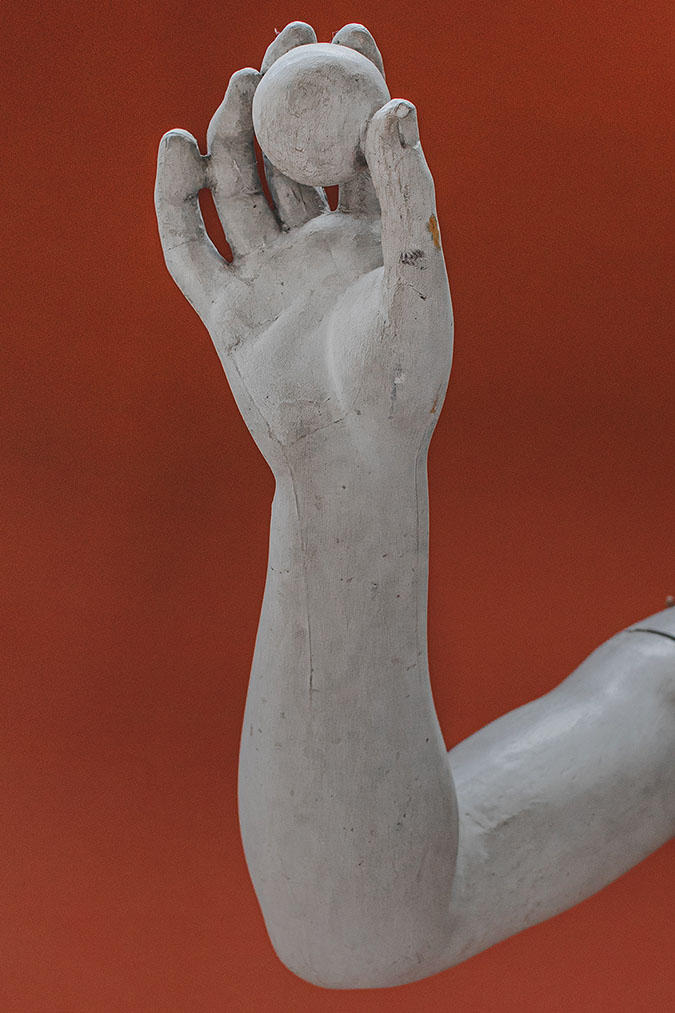