THIS DAY IN HISTORY… DECEMBER 3

An armed rebellion in S.E Australia pitting gold miners against the colonial forces of the United Kingdom.  This was the culmination of months of protests, drawing thousands, centered around the issue of a required licensing fee with no corresponding rights.  The miners viewed the fee as extortion by the police. The protests grew and the government took more aggressive action. The miners built a makeshift stockade at Eureka to defend themselves against an attack by government forces. The battle was over very quickly with the miners being routed. Twenty-six miners and six attackers were killed. Thirteen leaders of the rebellion were taken to Melbourne for trial but due to a growing public support for their cause all were acquitted. The Eureka Rebellion is viewed by many as one of the first steps in Australia forming a representative democracy.

I‘ve never heard of this incident before. Discovering history is a wonderful side benefits of doing this blog. More reading to add to my list.

Sampson becomes the first African-American woman to be elected a judge in the U.S. This was just one of many accomplishments for Sampson. Caring for the children of her sister who had passed away, she earned a law degree going to night school, and then became the first woman to earn a Master of Law degree from Loyola University.

After working in the juvenile court system for eighteen years she established her own law practice. She was involved with many organizations including the NAACP and the League of Women Voters. She was one of the first women to argue a case before the Supreme Court and she was the first African-American to be a member of the U.S. delegation to the United Nations. She served on the Chicago Municipal Court from 1962 to 1978 when she retired. Sampson passed away the following year.

It’s truly amazing what some people, coming from nowhere, accomplish in their lifetimes.

Gunman burst into Marley’s home in Jamaica and wounded Marley, his wife, and two others associated with his band. There were two rival political parties in Jamaica at the time, the ruling People’s National Party (PNP) and the Jamaica Labor Party (JLP), and political discord had led to violence. The U.S. was upset with the PNP because of its support for Cuba and some believe the CIA was helping its rival, the JLP, with drug smuggling and supplying them with weapons. Bob Marley and the Wailers were scheduled to give a concert, a peace concert, to try ease the rising tensions. Marley insisted it was not political but some thought otherwise and that was the reason for the shooting. Many still believe the CIA was somehow involved. This from Wikipedia: “Don Taylor, Marley’s manager, claimed that both he and Marley were present at a ghetto court in which the gunmen who shot Marley were tried and executed. According to Taylor, before one of the shooters was killed, he admitted the job was done for the CIA in exchange for cocaine and guns.”

Flour mill entrepreneur. Pillsbury was one of those responsible for Minneapolis receiving the name “Mill City.” For a time Minneapolis ground more wheat into flour than anywhere in the nation, perhaps the world. Taking advantage of the Mississippi River, the mills used water flow to power their machinery. Pillsbury bought into a small struggling mill and through creative innovations turned it into one of the leading mills in Minneapolis. In 1882 he built the Pillsbury “A” mill, the largest flour mill in the world. He became even wealthier by diversifying into lumber, iron ore, and railroads. He was one of the first to initiate an employee profit-sharing program. Pillsbury was also elected to serve in the state government. He died suddenly of a heart attack in 1899.

The Pillsbury “A” building still stands, partially converted to condos of course, on the Mississippi riverfront. I took a historical tour of it several years ago. For a history nut like myself it was a wonderful step back in time.

If I had to choose I’d go with Ferlin Husky. The name alone gives him an edge. One time long ago I filled a barstool in a seedy dive. A hard, dangerous, laughter without humor, drinking without pleasure kind of place. Then “Wings of a Dove” by Ferlin Husky issued forth from the jukebox. The song, with its religious theme, should have been ill-placed. Yet, for a short while, the noise level dropped and the hard edge in the smoke-filled beer joint seemed to soften.

Hockey player. Ramsey was the youngest member of the U.S. Olympic “Miracle on Ice” hockey team that defeated the Russians in the 1980 Winter Olympics. They later beat Finland to win the Gold Medal. Ramsey was born in Minneapolis, went to Roosevelt high school, and played hockey at the University of Minnesota. After the Olympics he played professional hockey with the Buffalo Sabres for fourteen seasons.

Nothing he did after could top that Olympic feat, that Miracle on Ice. The Russian game, played during the afternoon, was not televised live. Taped, it was to be shown that evening. I purposely avoided learning the score so I could watch it as if live. I came home from work, was almost inside my apartment when a car filled with young men came speeding past, car horn blaring and one young man holding an American flag out a window. The U.S team was heavily populated with Minnesotans and coached by a man from Minnesota, so I had a pretty good idea what the celebration was about. It didn’t ruin the game for me though, it was still a wondrous moment, the biggest upset in the history of sports. 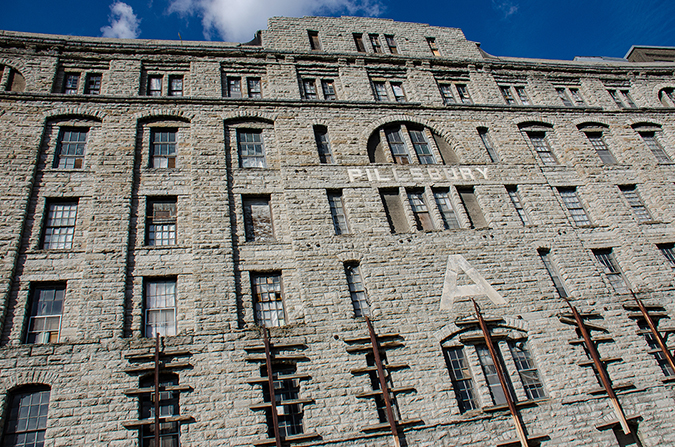