THIS DAY IN HISTORY… DECEMBER 9

Liggett was a muckraking journalist for the Minneapolis newspaper Midwest American. Investigating corruption in government, Liggett ran afoul of many public officials including President Herbert Hoover and Minnesota Governor Floyd Olson. A radical politically, Liggett was active in many causes. He sided with U.S. Representative Charles Lindbergh (father of the famous aviator), by campaigning against America’s involvement in WWI. He worked to free Sacco and Vanzetti and he was an early supporter of the rise of the Farmer-Labor Party in Minnesota.

Investigating the connection between organized crime and the government, he became disenchanted with the Farmer-Labor Party. He wrote about the connection between Governor Olson and Isadore Blumenfield, AKA Kid Cann, head of a Minneapolis crime family. Liggett was threatened with lawsuits and beaten, and sodomy charges were even brought against him, charges that were found to be false and dropped.

Liggett’s wife and children were with him when he was killed by sub-machine gunfire in an alley outside his home. His wife identified Kid Cann as the killer. So did three other witnesses at the scene. The getaway car used in the shooting was tracked down and found to be owned by an associate of Kid Cann. Despite this and other evidence, Kid Cann was acquitted.

I remember reading Kid Cann’s name in the newspaper when I was growing up. He remained a prominent crime boss until his death in 1981. And Floyd B. Olson has long been a darling of the left in Minnesota. Their connection is news to me. Liggett’s daughter, who was in the car at the time of the killing, wrote a book about it, “Stopping the Presses.” My reading list keeps getting longer and longer.

Robert Welsh, Jr., and eleven other “Americanists” formed the society to root out communism in the United States. They saw communists everywhere. To them, even President Eisenhower was a communist dupe. John Birch was an Army captain killed by communist forces in China shortly after the end of WWII. He has been called the first casualty of the Cold War. Ultra conservative, the JBS opposes the UN, the Civil Rights Act of 1964, the Equal Rights Amendment, and NAFTA.

Such conservative luminaries as William Buckley, Barry Goldwater and Ayn Rand all denounced the JBS as a too-far right fringe element. Gen. Jimmy Doolittle, who met Birch when he bailed out in China after the Tokyo raid, stated that he didn’t think Birch would have approved of his name being used in such a way.

The first president of the JBS was Robert Welsh, the second was a man named Larry McDonald, a U.S. Representative from Georgia. McDonald was aboard the Korean airliner that was shot down by Soviet fighters and crashed in the Sea of Japan. Everybody aboard the Anchorage to Tokyo flight was killed.

Wow, as if the Birchers weren’t already paranoid enough.

Governor of Illinois, Blagojevich, a Democrat, was charged with trying to sell the Senate seat being vacated by President elect, Barrack Obama. Convicted, Blagojevich is currently serving a jail sentence, although he is holding out hope for a pardon from President Trump.

What I took from that sordid episode was some minor pride at my ability to actually pronounce Blagojevich’s name.

Actor and naval officer. Son of swashbuckling movie star Douglas Fairbanks, Sr., he was in a long list of movies, the most notable being “Gunga Din,” starring alongside Cary Grant. Fairbanks was also a decorated officer in the U.S. Navy in WWII. He helped form and was part of a unit called the Beach Jumpers. In order to confuse the enemy, they would stage a fake invasion at a location away from where the real invasion was to take place.

While Hollywood’s door was held open for him because of his father’s eminence, his true worth came through his military service. Having been married to Joan Crawford, he was probably used to combat.

Actor. Self described as having the face of an ex-pugilist, Crawford is best known for his roles in the movie “All the King’s Men” and the TV series, “Highway Patrol.” He won an Oscar for best actor for his role as Governor Willie Stark in “All the King’s Men.” The movie was based on the life of Governor Huey Long of Louisiana. In “Highway Patrol” he played hardened cop Dan Matthews who delivered his dialogue in a clipped, no-nonsense manner. In real life he was hard-living and hard-drinking, and as one of his directors said, “On the set Broderick could be a handful.”

Pop singer, TV talk host, and contestant on “Dancing with the Stars.” Although he started out in a group with his brothers, he is probably most famously known for being part of the singing duet, Donny and Marie, with his sister Marie Osmond. Mormons, their home base was Utah. Soft rock, their music was considered safe with no cutting edge.

At one point in my varied and checkered career I was an aspiring screenwriter. The project my friend Steve and I were writing, “Happy Hour,” was selected for Robert Redford’s prestigious Sundance Institute. We were flown to Salt Lake City and then picked up by a van to take us to Redford’s resort where we would attend a month-long workshop. As I remember it, there were representatives from three or four other projects in the large van. There was also an awful lot of ego in that van. Steve and I were the only two from “flyover land”; everybody else produced their art on one of the coasts. Their rather precious art, as the telling would seem to indicate. Steve and I were ignored and remained silent as impressive achievements were listed and an artistic peeing contest of some sort took place.

Then, as sometimes happens, the van went from almost everyone talking at once, to complete silence. Steve took advantage of it. He looked wistfully out the window and said in a small voice, “Gee, I sure hope we get to see Donny and Marie.” The silence in the van lengthened, an embarrassed silence for the two hicks from Minnesota. I managed to suppress both a giggle and a desire to kiss Steve. 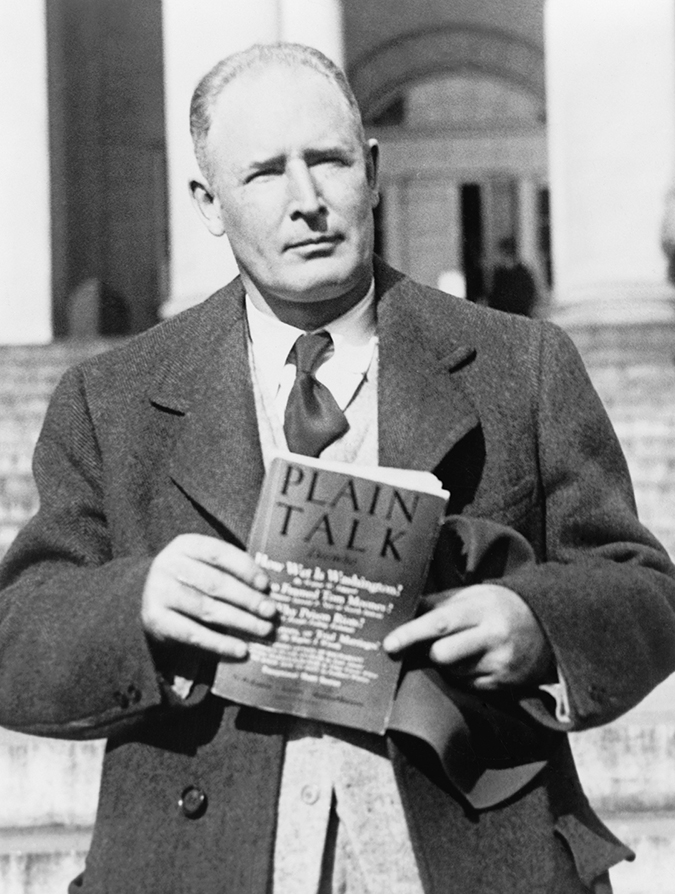