THIS DAY IN HISTORY… FEBRUARY 1

King Charles XII of Sweden (shown above), along with 40 followers, fought against hundreds of Turkish soldiers. The fighting at Bendery lasted for over seven hours, with the Ottomans using both artillery and fire arrows. The fire arrows proved to be effective, and the building’s roof caught on fire and forced the defenders to abandon it and surrender.

Charles the XII initiated the Great Northern War as Sweden fought against the combined forces of Denmark, Norway, Poland, and Russia. He enjoyed many victories before he decided to march on Moscow and was defeated by the scorched earth policy Russia employs so well. He was in Turkey along with Swedish and Cossack followers trying to convince the Ottoman Empire to join him in the fight against Russia. Turkey tired of him, resulting in the Tumult in Bendery. He was released, rode from Turkey to Sweden on horseback in 15 days, and once back home started new wars.

With an assembly of the descendants of the Vikings, Cossacks, and Turks in one place, I’m surprised there weren’t more Tumults.

Narrated by Walter Cronkite, the show’s premise was to present an historical event utilizing TV cameras and modern-day reporters. It was as if each week a network newsroom had embarked on a time machine to do live reporting on a past great event. Says Wikipedia.org: “The first telecast took place on February 1, 1953 and featured a re-enactment of the Hindenburg Disaster. The final telecast took place on October 13, 1957.” The episodes were mostly written by blacklisted screenwriters using “fronts” or pseudonyms.

Intelligent, educational, and innovative, the show was one of my favorites. But, so I don’t artificially exaggerate my childhood intellect, it still ranked behind “Crusader Rabbit.”

Governor Matthew Welsh of Indiana received a complaint that the lyrics to “Louie Louie” were obscene. According to agecon.purdue.edu, “Jack New, the Governor’s executive secretary, sent a messenger to a music store to buy a copy. New and the Governor listened to it. New told the Indianapolis Star “We slowed it down and we thought we could hear the words.” Billboard reported that the Governor said his ears “tingled.'”

The lyrics in the Kingsmen’s version are pretty much unintelligible, leading to rumors that they were obscene. The Governor said he never tried to have the song banned; he merely suggested to the President of the Indiana Broadcasters Association that “it might be simpler if it just wasn’t played (agecon.purdue.edu).”

In addition, J. Edgar Hoover’s FBI agents, according to thestar.com, “played the record at every possible speed to find what vigilant parents insisted were absolutely filthy lyrics. The FBI investigation of everybody’s favorite party song took two years and 119 pages of documents.” When it was all said and done, it was determined the lyrics were not offensive.

Damn, I miss the sixties. Wait, they may be coming back.

1901 – Clark Gable. American film actor, at one time referred to as “the King of Hollywood.” 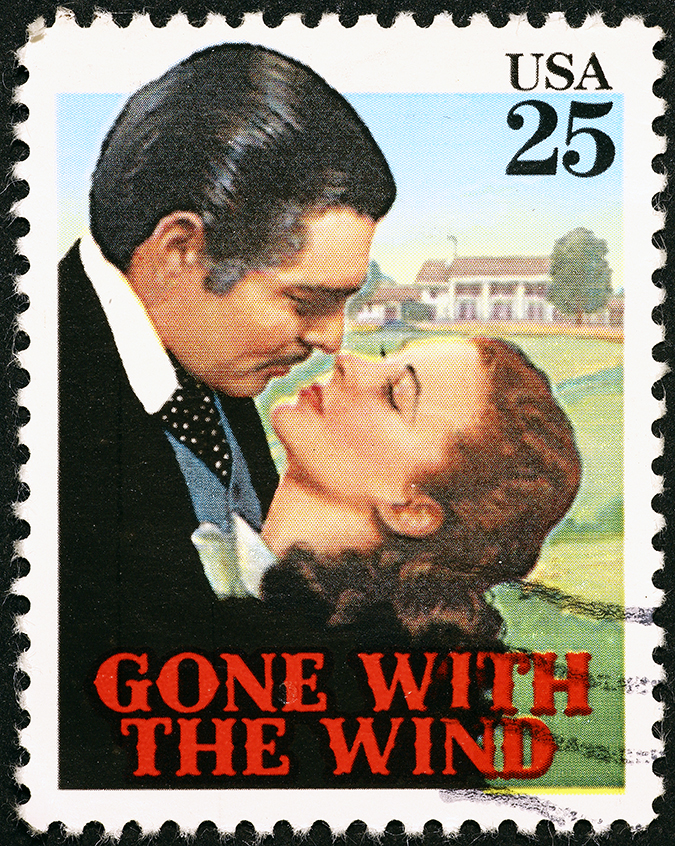 His most famous role was Rhett Butler in Gone With The Wind. His last movie was The Misfits, which was also Marilyn Monroe’s last movie.

During the filming of Gone With the Wind, Gable became friends with African-American actress Hattie McDaniel. Gable tried to boycott the premiere of Gone With The Wind in Atlanta because McDaniel was not permitted to attend. He went only after she pleaded with him to go. Gable remained friends with McDaniel and always attended her Hollywood parties.

Actress Loretta Young, one of Hollywood’s biggest stars of her era, was also involved in one of its greatest cover-ups, concealing a child born out of wedlock with Clark Gable. She raised the child secretly for a while, then went through a fake, public adoption. Gable, married at the time, never acknowledged the child as his own.

At the age of 85, Young allegedly asked a friend what the term “date rape” meant. When told, Young was said to have responded, “That’s what happened between me and Clark.”

If true… the bad Clark Gable.

As reported by biography.com: “Hughes was an American poet, novelist, and playwright whose African-American themes made him a primary contributor to the Harlem Renaissance of the 1920s.” In 1926, in the Nation, he skillfully argued the need for both race pride and artistic independence.

Hughes’s father sent him to Columbia University, but he dropped out. He worked various odd jobs around New York before signing on a freighter that took him to Africa and Spain. He left the ship in 1924 and lived for a brief time in Paris, where he continued to develop and publish his poetry. By 1930, Hughes was making his living as a writer. He traveled the United States on lecture tours, and also abroad to the Soviet Union, Japan, and Haiti. In 1937 he served as a war correspondent for several American newspapers during the Spanish Civil War.

Hughes began writing a weekly column in the Chicago Defender in 1942 that lasted twenty years. Arnold Rampersad wrote that “the highlight of the column was an offbeat Harlem character called Jesse B. Semple, or Simple, and his exchanges with a staid narrator in a neighborhood bar, where Simple commented on a variety of matters but mainly about race and racism (english.illinois.edu).”  In 1943 Hughes wrote Jim Crow’s Last Stand, which strongly attacked racial segregation.

Langston Hughes died in May, 1967 in New York City.

Oh Langston, I fear we have just embarked on a new era of Jim Crow.

He is best known for his humorous short pieces written over many years for The New Yorker. He won an Academy Award for screenwriting in 1956 for Around the World in 80 Days. He was also co-writer on two Marx Brothers films. Perelman and Groucho ended up disliking each other.

Groucho’s review of one of his books: “From the moment I picked up your book until I laid it down, I was convulsed with laughter. Someday I intend reading it (wikiquote.org).”

I eagerly read the anti-military, anti-war Catch-22 while I was in the Navy. So S.J. Perelman was somewhat responsible for my lack of proper esprit de crops.

You Are There – Wikipedia.org

* “You Are There” Video – ChicagoFD1 / Shutterstock.com