THIS DAY IN HISTORY… FEBRUARY 20

And this, according to Wikipedia.org, led to, from “In September 2012 a world record was set in Ireland for the most toothpicks in a beard. 3,107 toothpicks were placed in Ed Cahill’s beard in just under three hours.”

1943 – The Paracutin volcano erupts in farmer’s cornfield in Mexico. 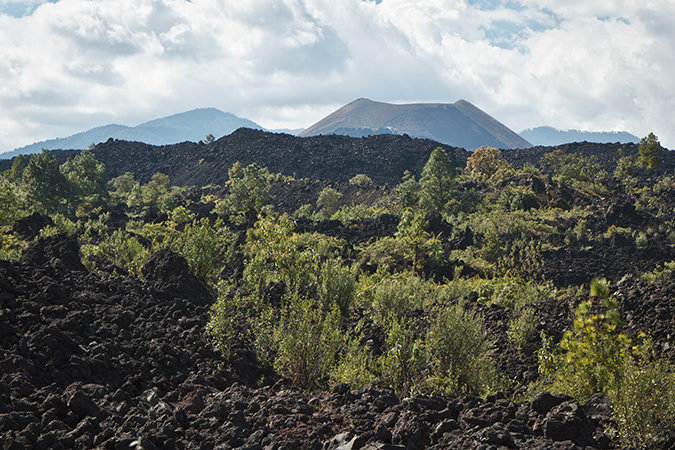 Dionisio Pulido was readying his field for planting when he heard the sound of thunder and then the ground began to shake. The ground grew to six feet in height and ash rose from a crack. From Unmuseum.com: “Immediately more smoke began to rise with a hiss or whistle, loud and continuous; and there was a smell of sulfur,” Pulido later told witnesses.”

The volcano grew rapidly and by June the lava flow forced the town of Paracutin to evacuate. The life of the volcano was brief; by 1952 it was dormant. Because of the lava fields and ruined landscape, the villagers and farmers had to relocate. As Pulido departed he posted a sign: “This volcano is owned and operated by Dionisio Pulido.”

Not every day a volcano erupts in your cornfield…good thing he could still have some fun with it.

In the capsule Friendship 7 Glenn took three trips around the planet. He was in space for four hours and 56 minutes.

It doesn’t seem like much now, but at the time it was a tremendous achievement. I remember people looking up into the sky, thinking they might see something. I may have looked up once or twice myself.

1844 – Joshua Slocum. He was the first man to sail solo around the world.

Beginning in 1895, the voyage took three years. He wrote a book about his adventure entitled Sailing Around the World Alone. The book received rave reviews. According to Wikipedia.org, one reviewer, Arthur Ransome, wrote “Boys who do not like this book ought to be drowned at once.”

I’m not sure that’s a good way to get kids to read.

Wealthy from birth on, she remained in the limelight her whole life, with well-financed ventures into the arts and fashion, and also marrying or dating a number of well-known men. Her date book included such luminaries as Errol Flynn, Howard Hughes, and Frank Sinatra. Newscaster Anderson Cooper is her son.

She lived a world away from anything I ever known in my life.

Born to Canadian Cree parents, she was adopted and raised by an American white couple. Her activism concerned the rights of Native people in North America. Buffy’s most well-known song is “Universal Soldier.” She believed that she, along with other Indians, were blacklisted and kept off the airwaves in the 1970s.

According to MuskratMagazine.com and Buffy’s official website: Buffy “was blacklisted by the American government for her outspoken views on the Vietnam War and Indigenous rights.” Recognizing the power of her songwriting and activism, the Lyndon Johnson and Richard Nixon administrations considered her an “artist to be suppressed,” and Sainte-Marie all but disappeared from the US music industry.

I was a huge fan and wondered, at the time, why I wasn’t hearing her anymore. Our paths never crossed, but her world doesn’t seem that far from mine.