THIS DAY IN HISTORY… FEBRUARY 21

The first edition was published in New Echota, Georgia and was the first Native American newspaper in North America. It was printed bilingually in English and Cherokee. This was at the time of the Indian Removal Act which was pushing the Cherokee from their land in Georgia westward. The newspaper, which was anti-removal, was created to keep the Cherokee Nation informed. Despite a few interruptions and name changes, the Phoenix is still being published today. One of the interruptions took place in 1834 when the Georgia Militia swept in and destroyed the presses.

Then, as we see again now, a free press is a threat to those in charge. 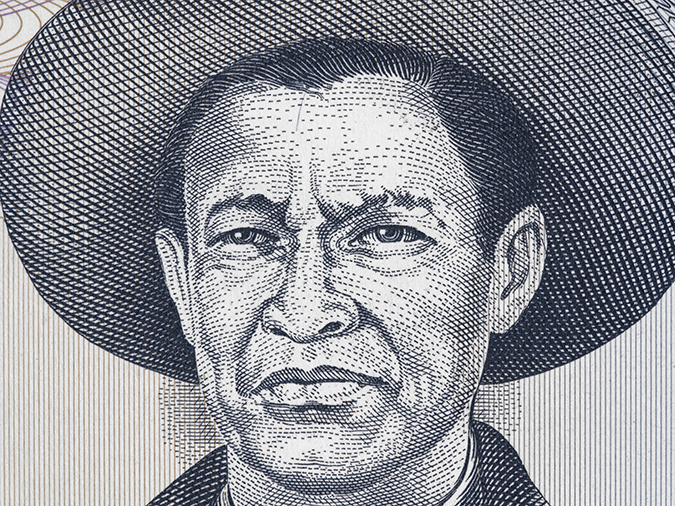 Sandino, a Nicaraguan freedom fighter, opposed U.S. Marines and the Nicaraguan National Guard. The elected government had been deposed by force and replaced with a more conservative one. Sandino led a peasant-based guerrilla army fighting from the mountains. Marines were sent in to protect American civilians and interests and to prop up a government that looked more favorably on the United States. Sandino declared war on the U.S. and continued the fight for six years. He called the U.S. the Colossus of the North and the enemy of our race. America referred to him as a bandit. The opposite is true in Latin America, and to this day he is revered as a Robin Hood type of hero. The forces fighting the dictator Somoza in the 70s still called themselves Sandinistas in honor of him. Which is both fitting and ironic. By 1934 the U.S. Marines had left, a new government elected, and Sandino attended a peace conference with National Guard leader Somoza Garcia. The meeting was a setup and he was assassinated. Somoza Garcia went on to overthrow the government and the Somoza family ruled Nicaragua for over forty years.

In 1979 Somoza’s son was overthrown by the Sandinistas led by Daniel Ortega.

The charismatic, articulate Black Muslim leader was gunned down by three members of the Nation of Islam. A former member of the NOI, Malcolm X split with its leader, Elijah Muhammad, and started his own movement. Malcolm X was a rising star in the Black Nationalism movement, and new recruits were seeking him out rather than the NOI. There were threats to his life and his home was firebombed. The FBI was aware of these threats but whether or not they did anything about them is unknown. The FBI had infiltrated the NOI and at one point, Malcolm X’s bodyguard was a FBI agent. The assassination took place at the Audubon Ballroom in Manhattan.

I can’t imagine the FBI spent much time wringing its hands in despair over his murder. His message of eradicating racism “by any means necessary” was a dangerous one to many people.

[Editor’s Note to Readers: If you’re looking for an epic read, pick up “The Autobiography of Malcom X.” It’s an extraordinary, impactful book.] 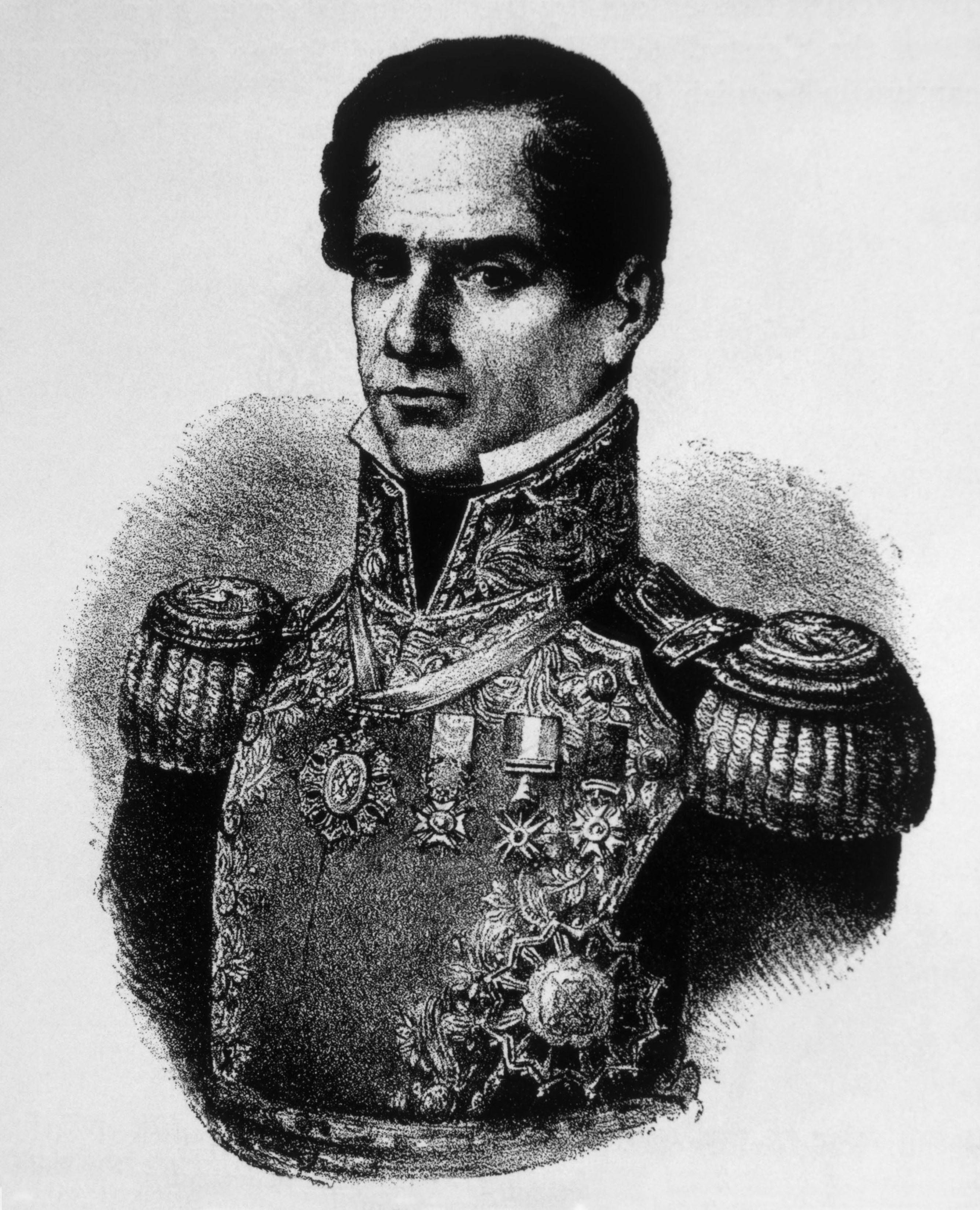 Mexico’s president, perhaps best known for his role as head of the Mexican army at the Alamo. He was alternately either brilliant or inept. He was a hero for defeating a French invasion attempt at Vera Cruz where he lost half his left leg. But he was asleep at the wheel at San Jacinto where he lost a battle, and Texas, to Sam Houston. From 1833 to 1855 Mexico changed presidents 36 times and Sana Anna held the office on 11 different occasions. For one campaign he dug up the amputated leg, had a parade with it, and then displayed it in a prominent place for all to see.

Campaigning with your amputated leg? Wish I had been in the meeting when that idea came up.

Owner of the Boston Red Sox baseball team from 1933 to his death in 1976. Determined to build a winner, Yawkey spent lavishly on talent, as long as that talent was white. The Red Sox were the last team in Major League Baseball to integrate. It wasn’t until 1959, twelve years after Jackie Robinson played for the Dodgers, that the Red Sox employed a black player, Pumpsie Green. By many accounts Yawkey was a fine, decent man who gave heavily to charitable causes, yet Robinson called him one of the most bigoted men in baseball. Only after seeing the success of other teams did Boston begin promoting black players from its minor league system.

As a boy I watched Pumpsie Green play centerfield for the Minneapolis Millers, a minor league affiliate of the Red Sox. At the time I wasn’t aware of the racial implications involved.

“Only a madman would call this creation! It’s not art! It’s not cinema! It’s pure wasted insanity!” So goes part of a review of Peckinpah’s The Wild Bunch. A Hollywood film director, Peckinpah focused mainly on westerns. His directorial credits include such notable films as Ride The High Country, Straw Dogs, Junior Bonner, Pat Garrett, and Billy the Kid, as well as the aforementioned The Wild Bunch. It was because of the last film, due to its violence, that he burst into filmic notoriety. Fueled by alcohol and cocaine, Peckinpah burned out early and died at age 59.

I’ve grown increasingly weary of violence in movies (no Tarantino fan am I) but I must admit I sometimes re-watch the opening sequence of “The Wild Bunch” for the sheer wonderment of it.

* Lead-In Image (Rebel Flag) – Everett Historical / Shutterstock.com – “U.S. Marines captured a flag of rebel forces led by Augusto Sandino in 1932 in Nicaragua. After the Marines supervised the 1932 Presidential election they withdrew to the U.S. in 1933.” 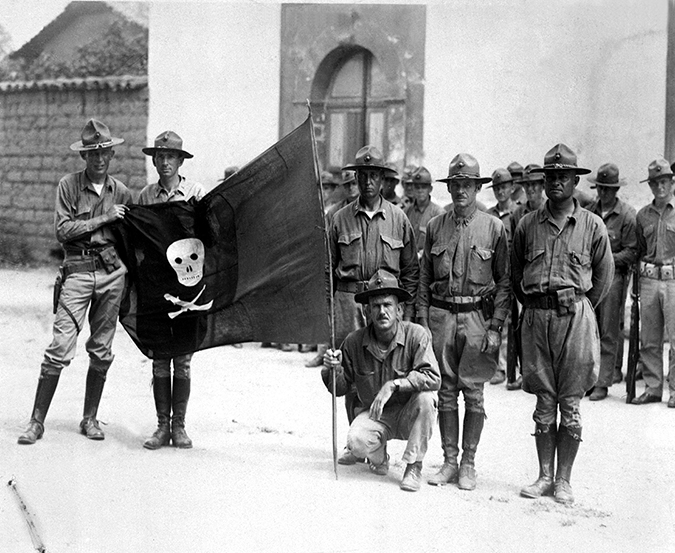