THIS DAY IN HISTORY… FEBRUARY 26

It was titled: “An Act to Establish the Grand Canyon National Park in the State of Arizona.” Comprised of over a million acres the park included a two billion year old 277 mile gorge. The fight to preserve the area began in 1882 when Sen. Benjamin Harrison (R-Ind), introduced the first bill and it failed to pass. Although it was established as a National Reserve, subsequent bills to make it a national park failed in 1883, 1886, 1910, and 1911. In 1919 it finally made its way through the House and Senate and President Wilson signed it into law. President Teddy Roosevelt spoke these words when he visited the Grand Canyon. “The Grand Canyon fills me with awe. It is beyond comparison — beyond description; absolutely unparalleled throughout the wide world. . .Let this great wonder of nature remain as it now is. Do nothing to mar its grandeur, sublimity and loveliness. You cannot improve on it. But what you can do is to keep it for your children, your children’s children, and all who come after you, as the one great sight which every American should see.”

With Dulles at its helm the CIA conducted such covert operations as the 1953 coup in Iran which overthrew a democratically elected government and established the Shah in its place. The same was done in 1954 in Guatemala to assist United Fruit’s corporate interests in that country. Dulles had previously been on the board of directors of United Fruit. After Fidel Castro took control of Cuba there were some CIA-inspired assassination plots that never materialized, and then the ill-fated Bay of Pigs invasion. After that failed attempt President Kennedy dismissed Dulles as head of the CIA. JFK privately said he wanted to splinter the CIA into a thousand pieces and scatter it into the winds.

Would we have been better off as a nation if he had? It runs as a shadow government, free of control from Congress or the Executive Branch. That’s scary. But assuming we do need a spy agency it’s no less scary than having the likes of House member Majorie Taylor Greene privy to secrets concerning national security.

This occurred in a coal mining region of West Virginia. A dam on Middle Fork creek, a tributary to Buffalo Creek, collapsed, sending 132 millions gallons of coal slurry roaring downstream. The dam, composed of waste products from coal production, and other scrap, was more of a slag head than an actual dam. Pittston Coal, the company that constructed it, assured authorities the dam was safe. The lake behind the dam rose to a dangerous level in February due to heavy rains. The coal company cut a spillway to ease the pressure but did not warn the communities below the dam. It broke at eight in the morning on the 26th. A rush of water and coal slurry descended on eighteen communities, killing 125 people, injuring another 1,100, and leaving 4,000 homeless. A class action suit against Pittston Coal was settled in 1974 for 13.5 million. West Virginia issued a 100 million dollar fine against the coal company but the then-governor of the state, in his last day in office, secretly negotiated it down to 1 million. Pittston also requested help from the Army Corps of Engineers in cleaning up the disaster site and then refused to pay the 3.7 million dollar bill. The case had to go to the Supreme Court before they finally paid.

New and cleaner, safer forms of energy are being developed. Mining for coal is dangerous and environmentally destructive, and historically dismissive of both laws and humanity. Yet there are those who want to artificially prop up what should be a dying industry.

Actor. Starting out in vaudeville, and appearing in over a 100 films, Frawley made his most lasting impression as Fred in the “I Love Lucy” TV series. Frawley had a reputation for being unreliable because of a drinking issue, but he was totally professional during his time on that series. Although they worked well together on screen, Frawley and his TV wife, Ethel, played by Vivian Vance, detested one another. She resented having to play the wife of a man decades older than her, and he said of Vance, “She’s one of the finest girls to come out of Kansas,” but I often wish she’d go back there.” Frawley was an avid baseball fan, especially the New York Yankees, and he had it written into his “I Love Lucy” contract that he didn’t have to work on any day the Yankees were playing in the World Series. The 1950s were the heyday of the Yankees’ success and Frawley didn’t appear in any of those shows.

Musician. One of the music pioneers who first presented rock ’n roll to America. Some of his more well known songs are “Ain’t That a Shame,” “Blueberry Hill,” and “Walking to New Orleans.” Domino was born in the Ninth Ward of New Orleans, and even after he became famous, resided there his entire life. He elected to stay in his house when Hurricane Katrina hit, and at first it was reported that he had died. He and his family were rescued by helicopter but, as he put it, he lost everything, including the Medal of Freedom President Clinton had awarded him. President George W. Bush made a personal visit to replace the medal. Fats Domino was one of the first musicians to be inducted in the Rock and Roll Hall of Fame. He died in 2017 at age 89.

I wasn’t quite yet a teenager when rock ‘n roll stormed across the American music scene. Besides Presley, some of the first ones I listened to were Little Richard, Chuck Berry, Jerry Lee Lewis, Buddy Holly, and of course, Fats Domino.

Greek Cypriot freedom fighter, poet. Cyprus was a British colony in 1953 and when Queen Elizabeth was coronated, all schools were required to fly the British flag. Pallikarides was 15 at the time and pulled down the flag from his school and participated in resistance demonstrations. At age 17 he attacked two British soldiers who were assaulting a fellow student. He was arrested, but instead of facing trial he fled to the mountains where he joined EOKA, a Cypriot guerrilla organization. Two years later he was captured carrying a gun that was broken and could not be fired. The British had imposed an emergency order at the time that anyone possessing a firearm could receive the death penalty. Evagoras Pallikarides had just turned 19 years of age when he was led to the gallows and executed.

This took place nearly 200 years after the American Revolution, yet the Brits’ refusal to accept colonization as a bad policy led to draconian reactions like this. 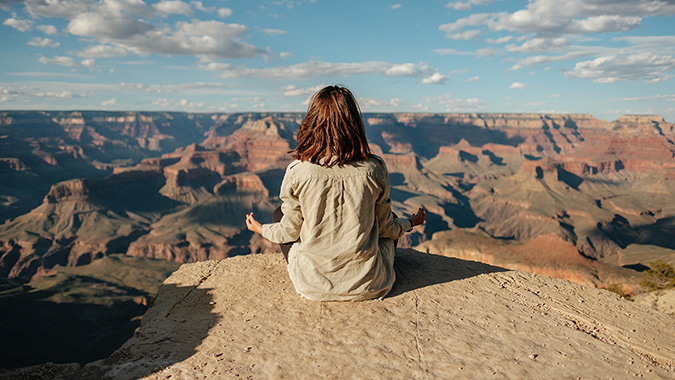