THIS DAY IN HISTORY… FEBRUARY 29

During the Palestinian War a Jewish resistance group blew up the train, killing 28 British soldiers and wounding dozens more. This was in retaliation for an explosion in Jerusalem that killed 54 Jews. In other parts of Palestine more attacks killed 12 Jews and 15 Arabs.

Led by Illinois Governor Otto Kerner, President Johnson established the commission to study the reasons for the spate of race riots in the United States, specifically the Detroit riot. The report listed a number of findings including black frustration over job opportunities, substandard housing, and most importantly, white racism. One warning in the report was: “Our nation is moving toward two societies, one black, one white—separate and unequal.” Despite having created the commission, LBJ then ignored its recommendations. Race riots continued throughout the 1960s. The report became a bestseller with over two million Americans buying it.

I read it at the time as an assignment for a college course, and remember being profoundly impressed. It changed my way of looking at the racial divide. Unfortunately, it had little effect. As SmithsonianMag.com said, “The Kerner Commission got it right, but nobody listened.”

After encircling and blockading the city for 1,425 days, Bosnian Serb forces withdrew. A force of 13,000 soldiers occupied the hills above the city and bombarded the entrapped population with artillery fire, in addition to snipers firing constantly at the civilians below. The Bosnian army in the city was large but ill-equipped. During the siege almost 14,000 were killed: about 5,500 civilians, another 6,000 Bosnian soldiers, and the Serbs lost 2,200. The International Criminal Tribunal convicted four top Serbian officials for crimes against humanity during the siege.

There was an account at the time, I can’t recall the format, of two young girls who became friends. One was besieged in Sarajevo and the other was enduring the violence of “The Troubles” in Belfast, Northern Ireland. I can’t even remember how they communicated, whether electronically or via letters. What I do remember is a touching story of the two of them offering a lifeline of hope, support, and friendship to each other in their efforts to survive in a violent world they didn’t create.

Founding member of the United Society of Believers in Christ’s Second Appearing. The society was also known as the Shakers. She was unique, for at the time few women were religious leaders. Born in England, Lee came from a religious family and took it a step further when she joined a sect that believed holiness was possible by avoiding sex. Despite this she was forced into a marriage and became pregnant four times. All four of her children died in infancy. This reinforced her belief that sex was evil. She said God talked to her, resulting in the shaking, dancing, and speaking in tongues. She was imprisoned a number of times for her religious beliefs which were deemed blasphemous. Lee led a group to America, including her husband who soon abandoned her, to escape persecution. She converted many followers in New England, although most found her beliefs too radical, including her belief that she was the female counterpart to Christ. Lee and her followers endured mob violence at times. They also sat out the American Revolution, declaring themselves pacifists and taking neither side. Frail from prison and abuse, Lee died at age 48.

I’ve never understood why happiness is viewed as such a roadblock to holiness. Even to the point of disapproving of happiness in others.

Hollywood film director. Wellman was regarded as a director of action films. He could draw on his own experience for that. He played professional hockey, volunteered to drive an ambulance in France before the U.S. entered the war, joined the French Foreign Legion, and then became a fighter pilot in the French air corps. He was shot down, and the French gave him a medal for gallantry. He ended up in the American Army as a flight instructor in San Diego. After the war, urged on by Douglas Fairbanks, Sr., he tried acting but didn’t like it. Instead, again with help from Fairbanks, he got a job at Goldwyn Pictures as a messenger, and eventually worked his way up to director. Some of his notable films are “Wings,” “Beau Geste,” “The Ox-Bow Incident,” “The Public Enemy,” and “The Call of the Wild.”

I have not yet seen the latest “The Call of the Wild,” and based on a review doubt I will, but I do wonder how it holds up against Wellman’s original.

Born in Germany, Wolfeschlegelsteinhausen is reported to have had the longest personal name ever.

I guess. Good thing the alphabet isn’t any longer. 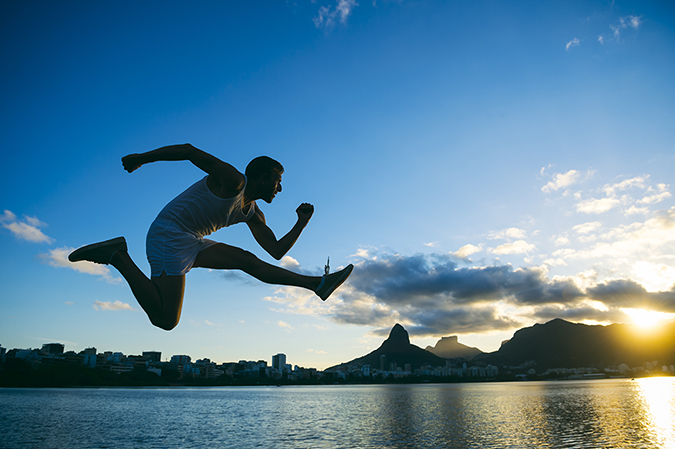