THIS DAY IN HISTORY… FEBRUARY 4

James Donnelly and his wife immigrated from Ireland and farmed near London, Ontario, a prominently Protestant area. Seven sons and one daughter were born into the family. By most accounts the Donnellys were a rough and independent clan who lived by their own set of standards. Attending a Catholic Church, James once stood up and shouted down the priest who was preaching hatred against Protestants. He also got into a fight with a neighbor over a land dispute and killed him. Sentenced to hang, a petition got his punishment reduced to seven years in prison. His sons started a stagecoach line that was hugely successful, enough so that a rival line was started. Fierce competition turned into a feud with stagecoaches destroyed, horses killed, and barns burned. James was released from prison and whatever mayhem that happened in the township area was blamed on the Donnellys. In all official charges brought against them however, they were always found innocent. Finally their neighbors had had enough and a vigilante committee was formed. In an early morning attack James, his wife Johannah, son Thomas, and niece Bridget were killed. All were brutally beaten with clubs or stabbed with a pitchfork. A farmhand was present but he escaped unnoticed. The mob then proceeded to another farm where they shot and killed another son, John Donnelly. There were two trials and despite an eyewitness, no one was ever held accountable for these murders.

Was justice some how pervertedly served, or was this a miscarriage of that justice? There is still controversy and mystery in Canada surrounding this alleged outlaw family.

After being acquitted in a criminal murder case, Simpson was sued by the Goldman family in a civil case. A jury found him responsible for the deaths of Nicole Simpson and Ronald Goldman. He was ordered to pay 33.5 million dollars to the families of the victims. A hollow victory, because it is uncertain how much if any money has exchanged hands and the Goldmans are still seeking restitution.

Probably because it was such a sordid affair, it remains sadly compelling.

Rose has more hits than any other player in Major League baseball. He is also the leader in several other categories also. Rose’s statistics would have almost automatically catapulted him into the Hall of Fame, but for his gambling habit. While manager of the Cincinnati Reds, against the rules, he bet on MLB games. Worse, he also was accused of betting on games the Reds were playing. Despite his denials, Rose was banned from baseball in 1989 and two years later the board of directors of the Hall of Fame followed suit. Since then Rose has admitted he gambled on MLB games, including the Reds, but never against them.

There’s been controversy ever since. Sportswriters and fans who support him and those who find him morally reprehensible. Where do I stand? Not sure. If he were elected he certainly wouldn’t be the most nefarious player in the Hall. He would be competing against the racists and moral degenerates who are already there. If Rose were elected then Shoeless Joe should be joining the Hall also.

Lutheran theologian. Bonhoeffer was born into a well to do family in Breslau, Germany which afforded him the privilege of a good education. By the time he was twenty-one he had a doctorate in Theology. He traveled to the United States for further education and while there met a Black minister, became friends and taught Sunday school in Harlem. It was at this time he became sensitive to social injustice and saw the world from a less privileged point of view. Bonhoeffer brought this new understanding and compassion with him when he returned to Germany. He was one of the first to speak out against the Nazis rise to power. While delivering a radio address attacking Hitler he was cut off in mid-sentence. He continued his opposition as the Nazis rigged church elections and installed their own leaders in most of Germany’s churches. There were a few churches, mostly Lutheran, that didn’t fall under the Nazi sway. Bonhoeffer let this opposition and spoke out against Germany’s persecution of the Jews.

In 1933 Bonhoeffer accepted the position of pastor of a German speaking church in London. Some accused him of running away but despite warnings, he continued his vocal opposition to Nazism. Bonhoeffer turned down an opportunity to study non-violent resistance under Gandhi in 1935 and returned to Germany. He clandestinely and illegally moved about Germany educating seminary students. Banned from Berlin by the Gestapo and forbidden to speak in public or publish, Bonhoeffer continued his underground activities. Somehow, because authorities believed his religious connections might be helpful to Germany, he joined the Abwehr, the German military intelligence organizations. He was also part of the German Resistance and served as a courier for them while traveling with the Abwehr. At this same time he helped Jews escape to Switzerland. The Gestapo finally cracked down and in April, 1943, he was arrested. Bonhoeffer had gotten engaged three months before his arrest and his fiancee was allowed to visit and she smuggled in food and brought out messages. In prison Bonhoeffer continued to spread his faith and offered solace to his fellow prisoners. He might have survived but for his connection to the Abwehr. The failed assassination plot of Hitler was traced back to the Abwehr. That was enough to seal his fate. After a year and a half in prison, Bonhoeffer was executed by hanging.

His influence was such that his legacy and writings are still being discussed. Central to his belief were that Christians should not retreat from the world but act within it, especially in the implementation of justice.

The conviction of his beliefs despite facing the threat of such evil is incredible. Bravery on a scale seldom seen. Definitely a man who practiced what he preached. 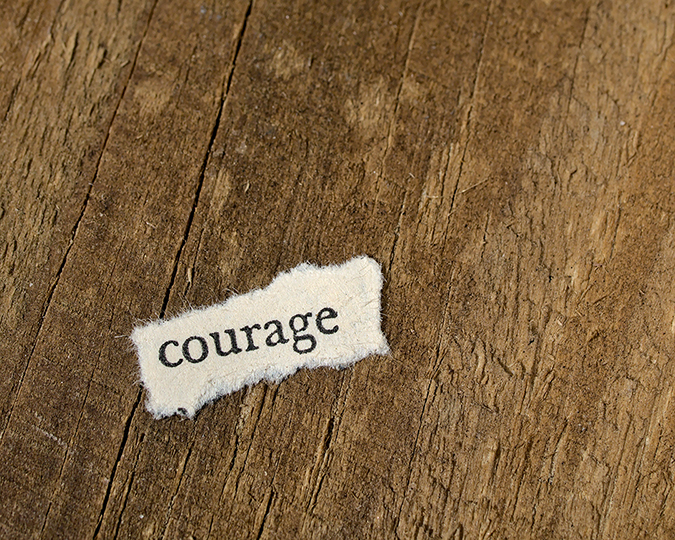