THIS DAY IN HISTORY… JANUARY 12

In a move that changed the face of the National Football League, the Rams were given approval to move the franchise to Los Angeles. The Rams had won the league championship just a month earlier, but had played to a half empty stadium in sub zero weather. Financial difficulties due to poor attendance and competition from the Cleveland Browns were the reasons given for leaving. With their star quarterback, Bob Waterfield, married to actress Jane Russell, they were a good fit for Los Angeles. However, in order to secure a lease to play in the Los Angeles Memorial Coliseum, there was a condition they would have to integrate and include African-American players on their roster. That requirement helped integrate all of the NFL.

I didn’t know any of this, not that I had ever given it much thought. I guess I assumed the L.A. Rams had always been the L.A. Rams and they were the first franchise to have black players out of foresight or opportunity.

1948 – Sipuel vs Oklahoma State Board of Regents.

Lois Sipuel, an African-American, had applied for law school at the University of Oklahoma. She was denied entry based on her race. She challenged this denial in a law suit that eventually made its way to the U.S. Supreme Court. Arguing her case was future Supreme Court Justice Thurgood Marshall who cited the 14th Amendment which guaranteed all citizens equal protection of the laws. Four days after arguments were presented the Supreme Court issued an unanimous decision in her favor. Sipuel entered the University of Oklahoma where she was an excellent student.

Have to wonder if that same case came before the 2020 Supreme Court the verdict might be 5-4 against her.

This was an operation by the U.S. Air Force spraying herbicides on the jungles of Vietnam. The idea was to defoliate the jungles and deny the enemy its sanctuary. Nineteen million gallons of herbicide was sprayed, eleven million of it being Agent Orange.

Operation Chopper took place that same day. The U.S. Army provided helicopters and pilots to carry over a thousand South Vietnamese troops on an assault on a VietCong stronghold.

I’m sure at the time there were great military minds sitting around congratulating themselves on these brilliant strategies that undoubtedly would eliminate the VietCong nuisance.

He was born to an unwed mother in San Francisco. His father was an attorney and never a part of his life. His mother later married a Civil War veteran, John London, and London took his name. His teenage years were tough as he rode trains, shoveled coal, worked on a sealing ship and in a cannery. He spent all his free time in libraries and reading books. He survived a violent storm at sea and later telling his mother the story, she suggested he write it down. He did, and then entered it in a local writing contest. Despite having only an eighth grade education at the time, he won, beating out students from Stanford. More success did not follow however and still poor, he ventured onto the road, tramping around America. At one point he was part of Coxley’s Army, a protest movement of unemployed workers that marched on Washington. After that he went to the Yukon gold fields. When he returned, armed with material and adventure from that experience, he became a successful writer. The Call of the Wild lifted him to fame. His early poverty and hardscrabble life made London cynical about capitalism and an avowed socialist. There is some suggestion, however, that London exaggerated the poverty of his youth.

In 1904 London was sent as a war correspondent for the San Francisco Examiner to cover the Russo-Japanese War. He managed to get arrested three times by Japanese authorities before he was sent home. With wealth gained from his writing, he purchased a thousand acre ranch in Sonoma County where he lived with his second wife. In addition to alcoholism, London was weakened by tropical diseases he had picked up while traveling and also scurvy from when he was in the Yukon. He died from kidney failure in 1916 at age 40.

In “The Iron Heel” London predicated a breakdown in the U.S. republic with oligarchy taking over. Nah, absurd to think that could ever happen here. . . Right?

Rosenberg was one of the early followers of Hitler and helped hold the Nazi Party together when Hitler was in jail after the Beer Hall Putsch in Munich. He was a partial architect of the Final Solution and as head of the Reich Ministry for the Occupied Eastern Territories, was responsible for the extermination of countless number of Jews in the Baltic countries. He also organized art plunder and headed an operation that by war’s end had shipped 1.5 million railroad cars of artwork from occupied countries to Germany. Rosenberg went on trial at Nuremberg after the war, was found guilty and executed.

Hermann Goering. A WWI ace pilot, Goering was also an early follower of Hitler. In recovering from wounds suffered at the failed Beer Hall Putsch, he acquired a lifelong addiction to heroin. One of his earliest achievements after his rise to power was the creation of the Gestapo, which he then turned over to Himmler. A master of politics, he became the second most powerful man in Germany. At the beginning of WWII he was given the title of Reichsmarschall and outranked all other German military commanders. As head of the Luftwaffe he fell out of favor with Hitler and the German public over his air force’s inability to protect them from the sky. Besides becoming one of the wealthiest men in Germany, he also became an avid art collector, stealing art from Jewish victims of the Holocaust. Goering was also found guilty at Nuremberg and sentenced to hang, but he escaped that fate by taking a cyanide capsule the night before the scheduled execution.

An awful lot of evil was introduced into the world on January 12th, 1893.

* Lead-In Image (Jack London) –  Marc Kluge / Shutterstock.com – “Caricature of American novelist Jack London, looking through an empty liquor bottle in front of the manuscript of ‘Martin Eden’ on the occasion of the 100th anniversary of his death (22.11.2016).” 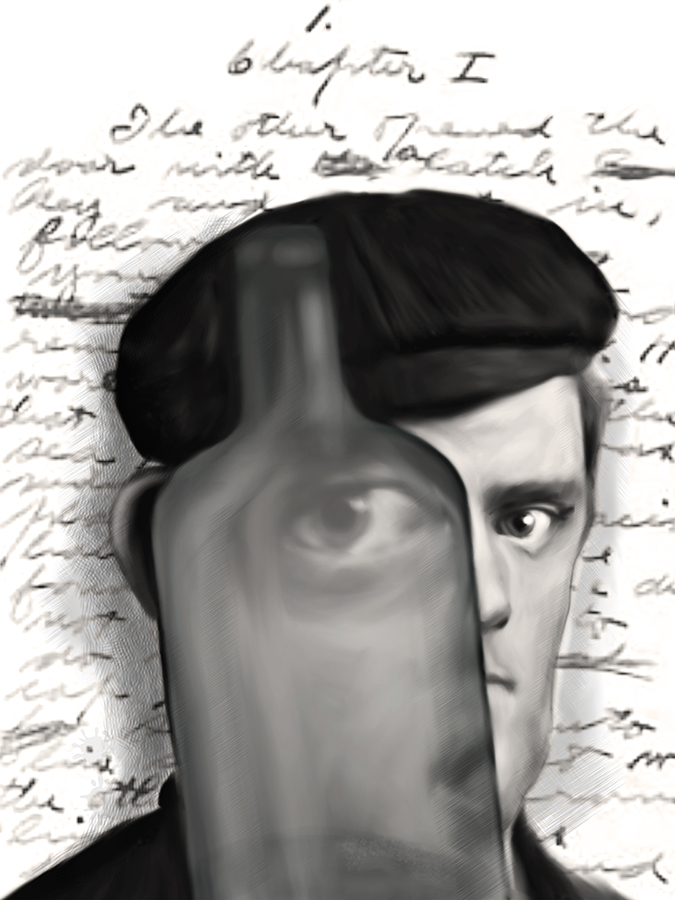