THIS DAY IN HISTORY… JANUARY 21

“The Power of Sympathy” by William Brown, was set in New England. Boy meets girl, boy falls for girl, boy wants her to be his mistress. Because the boy’s father disapproved of the girl, he thought marriage was out of the question. From the novel: “Shall we not,” he asks her, “obey the dictates of nature, rather than confine ourselves to the forced, unnatural rules of—and—and shall the halcyon days of youth slip through our fingers unenjoyed?” Since these words could not be spoken aloud in the 18th century, he conveyed this seductive message through his eyes only.

Anyway, his friends convinced him to do the right thing and marry her. Father steps in again. Seems father had had an affair and the girl is his illegitimate daughter. Boy and girl are brother and sister. Oh no, incest! This does not end well. Soon both young lovers are dead.

The novel must have caused quite a titillating stir at the time. If Brown were around today, he would have a future in soap operas. 1789 does seem a little late for the first American novel. Did they mean the first novel after the Revolution? From my research I inferred it was the first novel free from the influence of English literature.

As part of the mania surrounding the French Revolution, Louis was guillotined, having been charged with counter-revolutionary actions. He had been taught at an early age to remain quiet so other would not know his thoughts. This trait, along with his royal arrogance, did not serve him well once the revolution started. Louis’s troubles began when France’s treasury went dry, largely due to supporting the America Revolution. He refused to believe he was in trouble and would not deal with those threatening him. His cause was not aided by the royal family’s failed attempt to try escape from France. Nor did his wife Marie Antoinette’s infamous “Let them eat cake” comment help. Louis comported himself well at his trial and faced the guillotine with dignity, gaining him a small measure of sympathy at the end of his life.

His plight must have troubled some of the leaders of America’s new government. Frenchmen were struggling for the same individual liberties and freedom Americans had achieved, yet the condemned man had aided America in its own fight. They took what was perhaps the only option available to them, and did nothing.

On the first day of his presidency Carter pardoned hundreds of thousands young men who had illegally evaded the draft during the Vietnam War. He was criticized on one side by veterans’ groups for being too lenient and by the anti-war side for not including military deserters. Carter believed his act was necessary to start trying to heal the wounds of that unpopular war.

There were many ploys, both legal and illegal, to avoid the draft. Some of the legal ones were being a conscientious objector, student deferment, medical reasons, and/or homosexuality. Some illegal methods to avoid the draft included claiming conscientious objector status falsely, claiming to be a homosexual when not (I wonder how many did that), failure to register for the draft, not showing up for the draft physical, or getting a doctor to certify a medical condition that didn’t exist.

Hmm, nah, I won’t go there, too easy. Instead I’ll tell my own draft evasion story. After I was discharged from the Navy I was living in Downey, California, a suburb of Los Angeles. I had an apartment with my Navy buddy, Darrold. One day we both got a letter from the Downey draft board, ordering us to report. I didn’t give it much thought, thinking it a bureaucratic mix-up or formality. So I dutifully showed up, and the next thing I knew I was standing in front of three very stern members of the Downey draft board. Two men and one woman sat at a table. All were elderly, at least elderly in my twenty-one year old eyes. One man leaned back in the chair, arms folded across his chest, the other hunched forward, elbows on the table, and the woman wore glasses low on the bridge of her nose and peered over the top of them at me.

The man leaning forward on the table spoke, his voice full of contempt. “You didn’t register for the draft. Are you one of those?”

Vietnam was just starting to heat up and draft resisters were making the news. I shrugged away their concern and calmly explained how I had just finished serving three years in the Navy, thinking reason would prevail and my explanation would clear up the whole matter. They were not impressed.

The woman spoke, her words an angry challenge. “The law states that all males have to register on their eighteenth birthday. You did not.”

“I joined when I was seventeen. I was in boot camp on my eighteenth birthday.”

To my surprise, this did little to douse their inflamed sensibilities. One of the men, in a pedantic tone, informed me that the law demands, in cases such as mine, registering for the draft within thirty days after discharge. News to me, I never have been one for reading the fine print.

The third member of the board spoke. “This is a very serious charge, young man. This draft board will not allow anybody under its charge to shirk their responsibility.”

I threw out my defense again, and again there was no softening of their stance. Not intimidated, I had more of a you-got-to-be-shitting-me attitude. They then gave me two sheets of paper, told me go to another room, and write down all my reasons for not registering. They would notify me later with their decision.

I wrote two paragraphs and in the first I reiterated the same explanation I had given them. In the second paragraph my smart-ass tendencies surfaced. I wrote that I was unable to locate the draft office at the Great Lakes Naval Training Center.

My friend Darrold was in the same situation as I. He’s also much bolder. They also gave him the two sheets of paper. On the first he wrote a big “I” and on the second “Forgot!”

Whatever later took place at the draft board I don’t know, but we never heard from them again. Maybe we should have taken it all more seriously. I couldn’t believe we’d get drafted into the Army after being in the Navy, but weirder and more unjust things have taken place within our system. Like right now, when veterans of our armed forces are being deported as illegal aliens.

Inventor. Fitch, not Robert Fulton, invented the steamboat and operated the first steamboat service in the U.S. He was also a gunsmith for the Continental Army and supplied food and beer for the troops at Valley Forge. Due to a lack of funding his steamboat idea failed, and Robert Fulton was successful with it two decades later.

How history is translated is sometimes a mystery to me.

Fashion designer. Dior was founder of the world-renowned fashion house and his name is forever linked to high-end fashion. Dior survived Nazi occupied Paris by catering to the Germans’ wives, girlfriends, and collaborators. This association did not harm him in the post war years as he built his reputation. It probably did not hurt that he was devoted to a sister who had fought in the French Resistance and later survived torture and imprisonment in a Nazi concentration camp.

Dior died prematurely at age 52 from a heart attack, caused by either choking on a fishbone or from over strenuous sex.

Yeah, I suppose there are a lot of similarities there.

Disc jockey. With his gravelly voice he was perhaps the most well known disc jockey of the 1960s. He received a fraction of a point of the profits for playing himself in the movie “American Graffiti” and its enormous success set him up financially for life.

I’ve heard about him my whole life but I have to admit that never once did I listen to him on the radio. 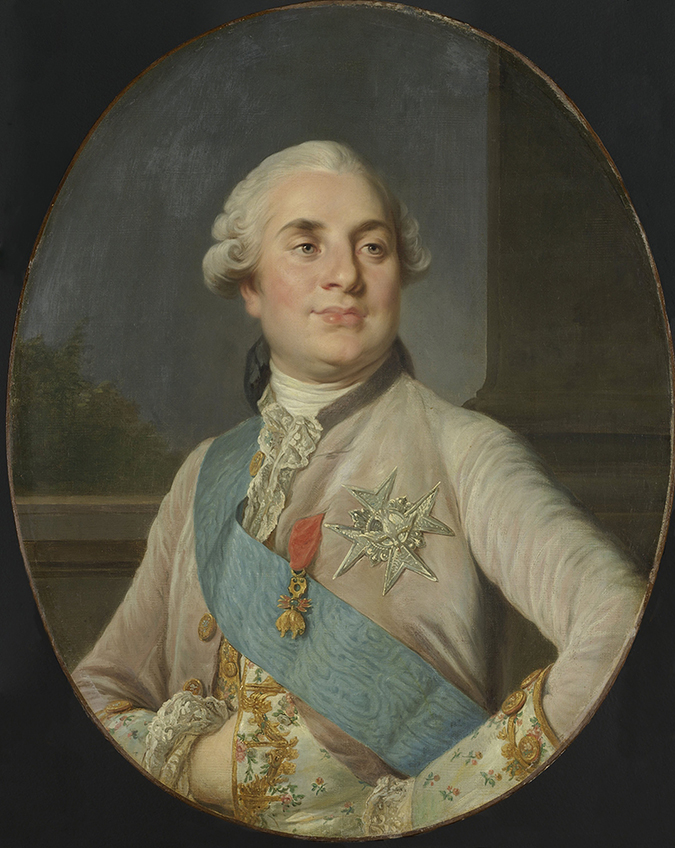