THIS DAY IN HISTORY… JANUARY 29

Seeking world domination, a Mongol army of 50,000 invaded Vietnam. The Vietnamese used war elephants, which turned out to be a bad idea. The Mongols shot arrows at the feet of the elephants. The animals panicked, stampeded, and caused havoc within the Vietnamese army. Despite being routed, Vietnam did not surrender. The Mongols massacred the population of the capital city and occupied the country but were unable to conquer it. Heat, mosquitoes, and malaria took its toll on the Mongol army, and it was finally forced to retreat.

Two subsequent invasions, in 1285 and 1288, also failed. The Mongols would be victorious in battle but unable to control the countryside. During a period of peace Vietnam finally submitted, mostly to avoid further conflict.

700 years later, the U.S. Government might have been wise to study the history of the Mongols’ invasion of Vietnam.

She ruled only briefly, until 1893. Her older brother, while King, was forced to accept what was known as the Bayonet Constitution. Under the threat of force he transferred much of the monarch’s authority to wealthy Americans, Europeans, and Hawaiian elites. Liliuokalani was against this transfer of authority, and when her brother died and she became queen, she fought it. She drew up a new constitution, endeavored to restore the power of the monarchy, and fought for voting rights for those denied. The Hawaiian League, composed mostly of wealthy white men and anti-monarchists, led a coup against her rule. Reinforced by U.S. Marines ostensibly sent to protect Americans’ property, Liliuokalani was placed under house arrest. An uprising to restore the monarchy failed and in order to save the lives of some of her supporters who were under the death penalty, Queen Liliuokalani abdicated the throne in 1895. Hawaii was eventually annexed as a Territory by the United States, which probably was the goal all along.

Dr. Strangelove: Or How I Learned to Stop Worrying and Love the Bomb was a comedy about nuclear destruction. As the New Yorker magazine aptly put it, the movie focused on a deranged American general who takes it upon himself to launch a nuclear strike against Russia in order to protect the “purity of our precious bodily fluids.”

If that brief summary alone doesn’t make you want to watch the movie, I don’t know what would.

Writer and philosopher at the time of the American Revolution. His pamphlet “Common Sense” first advocated in print the idea of independence and was wildly popular throughout the colonies. He spoke of the egalitarian rights of all people and how America would be a beacon for all mankind. He wrote in a simple, eloquent manner that people not versed in law or politics could understand. He supplied the passion for the revolution. John Adams wrote: “Without the pen of the author of Common Sense, the sword of Washington would have been raised in vain.”

During the war, Paine wrote the “Crisis” papers in which he penned the famous words “These are the times that try men’s souls.” In France, supporting the French Revolution, he wrote “Rights of Man,” and finally, bringing down upon himself the ire of American evangelists, he produced “Age of Reason.” The pamphlet argued for reason and free thought as opposed to institutionalized religion. He fell into disfavor and there were only six mourners at his funeral.

If I was engaged in a past life at that time, I hope I was one of them.

Spanish writer, politician and journalist best known for his novel, “The Four Horseman of the Apocalypse.” He had a law degree but never practiced. He pursued other interests instead, literature, journalism and women among them. His politics and love affairs left him with many enemies and he was once shot. He was a militant Republican and in one of his books he wrote that the workers should unite to fight their true oppressors, the Catholic Church and wealthy landowners. He died in 1928, before the Spanish Civil War began.

If they had lived at the same time, I think their politics and writing would have made Paine and Ibáñez friends.

Tennis player who won titles at both Wimbledon and the U.S. Open. He was also a survivor of the sinking of the Titanic. He was traveling with his father to America to take part in some tennis tournaments when the ship struck the iceberg. In the panic that followed Williams broke down a cabin door to free a trapped passenger. An irate steward told him he was going to have to pay for the broken door. As the ship sank Williams and his father jumped into the icy water and swam away. A collapsing funnel from the ship crushed his father and many other swimmers. The wave created by the funnel washed him toward a life raft. After he was rescued a doctor recommended his nearly frozen legs should be amputated. Williams refused to allow it, and through exercise made a full recovery and went on to become a tennis champion.

Heck of a story, and there is no record of the White Star Line billing him for the broken cabin door. 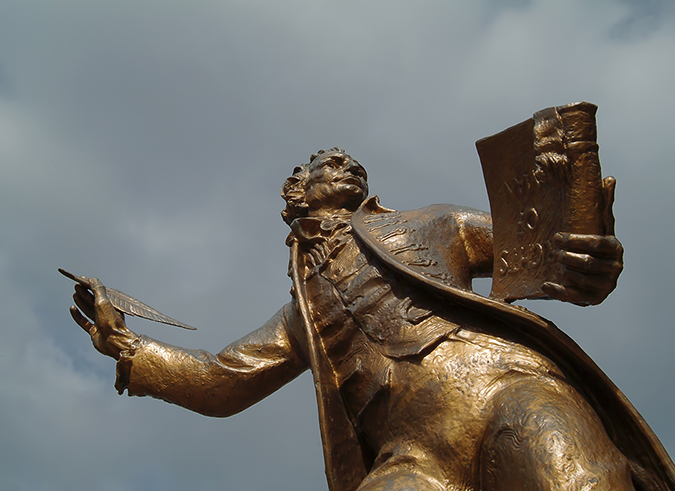