THIS DAY IN HISTORY… JANUARY 3

1431 – Joan of Arc – The custody of Joan of Arc was handed over to Bishop Pierre Cauchon.

As a 17-year-old peasant girl, inspired by visions from God, she led a French army in victory over England and their French allies, the Burgundians. Despite helping Charles VII to his rightful crown as King of France, she had detractors in his court. Some viewed her as a gift from the devil. She was eventually turned over to church officials who insisted she be tried as a heretic. Convicted in a secret trial, at age 19 she was burned at the stake. She was accused of 70 offenses, including witchcraft, heresy, and dressing like a man.

In her defense, I found no record of Joan of Arc being accused of using an unauthorized email account. 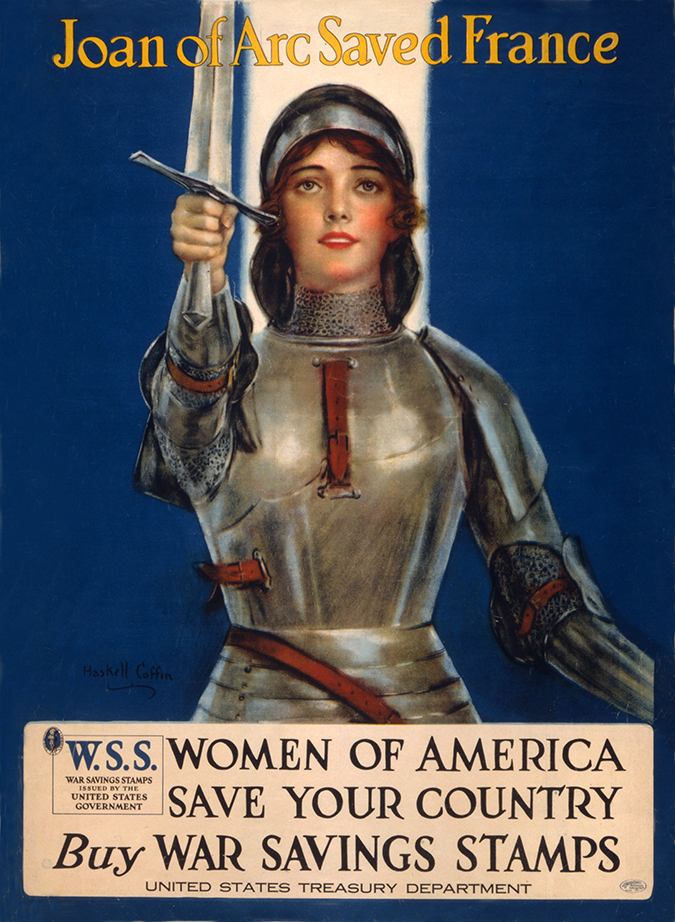 1933 – Minnie D. Craig is the first woman in the nation to be a Speaker of the House when the North Dakota House of Representatives elected her to that position.

Craig was also state president of the Non-Partisan League, a powerful populist third party that successfully challenged the Democrats and Republicans. An early suffragette, Craig was a serious and meticulous legislator who served six consecutive sessions in the State legislature. Here’s an account of her at the time she served: “Mrs. M. Craig watches every move that is made and is ready to blast any presumptuous member with that cold, withering glance that the members know so well and dread so much.”

Craig encouraged other women to run for office and she made this statement: “There’s a field – a grand one for women – in politics, but women must play politics as women and not as weak imitations of their ‘lords and masters.’ Men are all to inclined to ‘stuff’ a lady full of nonsense, treat her with not too much respect for her intellect and be far happier when she’s nicely tucked away in some corner where she can do them no harm – and herself no good. But it doesn’t have to be that way…. She has certain natural talents which men don’t have. Women are naturally given to detail…If they weren’t, they couldn’t make pies or sew dresses. Men don’t like details. Because of woman’s training…she’s more thorough than man and right there she has a splendid opportunity for politics.”

Some of that is dated, but still, given the pathetic state of today’s partisan politics, I think we need more Minnie Craigs and also another Non-Partisan League.

One of its signature lines was Joe Friday saying “Just the facts, ma’am.”

Now that we’ve entered a post-fact society, I don’t know what Joe Friday would say today.

106 BC – Marcus Tullius Cicero – Cicero was a lawyer, orator, politician and philosopher during the era of Julius Caesar, Mark Antony, Pompey, and Octavius.,

Cicero’s greatest strength was his translations of Greek philosophy and his own writing, much of which survived to give later generations a portrayal of the Roman Empire. Thomas Jefferson was said to have borrowed from Cicero.

Cicero was not part of the plot to kill Caesar but he sided with those who did. He first defended Mark Antony and then later denounced him as an enemy of the state. Political misjudgments put him on the wrong side of those with power. Cicero was killed by Antony’s soldiers and his head and hands were cut off and brought to Rome to be put on display.

Politics was a rough game back then.

1884 – Eli Stanley Jones – A Methodist missionary in India, he was a friend of both Gandhi and Nehru.

Some called him the “Billy Graham” of India. Gandhi challenged Jones, and he responded, to have greater respect for the mindset and strength of the Indian character. Jones was a confidant of FDR and the Japanese leaders and he worked to avert war. Known for his interfaith work, he said, “Peace is a by-product of conditions out of which peace naturally comes. If reconciliation is God’s chief business, it is ours — between man and God, between man and himself, and between man and man.”

I’ve always been skeptical of anyone who has the hubris to believe they have been selected to “save” someone else’s soul. It usually ends in the decimation of a population, or at least a culture. Jones, however, appears to have been a sympathetic man of integrity.

My parents were friends with a missionary family when I was a little boy. They would send us letters and small gifts from Japan that I found fascinating. But then they sent some pictures of the whole family, a family not unlike ours. Except the face of the mother was carefully cut out in all the photos. I asked my mom about it. She shook her head sadly and said, “She always had some mental problems.” I wasn’t sure what that meant but it was my first inkling, at five years old, that all wasn’t right in the world.

1956 – Mel Gibson – Gibson is a very successful actor and also a film director and producer.

He has starred in a number of blockbuster movies, including Braveheart, and both the Mad Max series and the Lethal Weapon series. He has also been accused of homophobia, anti-semitism, racism, and misogyny.

Hmm, with a resume like that he might have a successful career in politics waiting for him.

* Lead-In Art –  Bob Orsillo / Shutterstock.com – “Clad in armor, Joan of Arc kneels after the battle a raven by her side and the image of angels ghost in the sky.”