THIS DAY IN HISTORY… JULY 13

This established the Northwest Territory. The states of Ohio, Indiana, Illinois, Michigan, Wisconsin and Minnesota were eventually added to the Union because of this ordinance. It documented the process for admitting new states and guaranteed they have the same rights as the original thirteen. From History.com: “The ordinance provided for civil liberties and public education within the new territories, but did not allow slavery. Pro-slavery Southerners were willing to go along with this because they hoped that the new states would be populated by white settlers from the South. They believed that although these Southerners would have no slaves of their own, they would not join the growing abolition movement of the North.”

Miscalculation by the pro-slavery advocates assuming people from a warmer climate would want to settle in the harsher environment of the north. Maybe our nation would look different now if global warming had begun earlier. 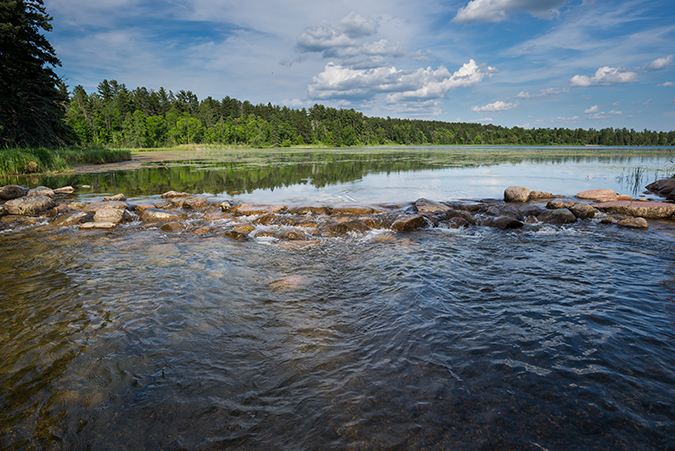 Minnesota state history was taught in 6th grade when I was a kid and we all dutifully learned that Henry Rowe Schoolcraft discovered the source of the great river as Lake Itasca.

Crossing the headwaters of the Mississippi was a popular tourist activity at Itasca State Park. Below is a picture of me (circa 1955) going to the rescue of my sister, Mary, as she encountered difficulty navigating the rocks. 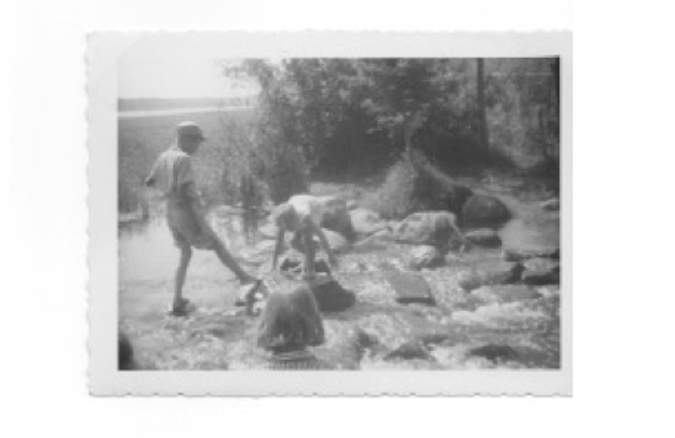 This battle took place during what is known at the Boxer Rebellion. In small villages throughout China a populist movement grew that was called the Society of Righteous Harmony. Their symbol was a clenched fist and they practiced martial arts and thus became known to westerners as the Boxers. The Boxers resented western influence in China, especially the influx of Christian missionaries. The Chinese government felt the same but was forced to submit to the various foreign powers occupying Peking.

The rebellion began in rural areas with the Boxers killing missionaries. Westerners and missionaries fled to Peking where they took refuge. The Chinese government, seeing its chance, deployed its army to join the Boxers. Peking was held under siege.

A multi-nation relief force of 7,000 soldiers from Russia, Japan, the U.S., Britain, France, Germany, and Austria marched toward Peking. They met the combined Boxer/Army forces at Tienstin and expected an easy victory. Instead Chinese resistance was fierce and the foreign soldiers suffered heavy casualties before winning the battle. American casualties were 25 killed and 98 wounded. One of those trapped within the Tienstin city walls was future President Herbert Hoover. A mining engineer, he assisted the U.S. Marines during the attack.

The Boxers melted back into the countryside, the Chinese army was defeated, Peking was relieved, and colonialism continued.

25 American dead. Brave Americans who died protecting Christian missionaries. To state they were advancing the cause of imperialism might be sounding too callous, albeit accurate.

From Jonathan Bates, his biographer. “Clare was the greatest labouring-class poet that England has ever produced. No one has ever written more powerfully of nature, of a rural childhood, and of the alienated and unstable self.” Born in poverty, a farm laborer, he nevertheless educated himself. According to Wikipedia.org: “He enlisted in the militia, tried camp life with Gypsies and worked as a lime burner in 1817. In the following year he was obliged to accept parish relief. Malnutrition stemming from childhood may be the main culprit behind his 5-foot stature and may have contributed to his poor physical health in later life.”

Clare married, had seven children, and struggled with poverty and alcoholism. He was also torn between his dual love of nature and the literary circles of London. He suffered from delusions, believing he had two wives, was a prize fighter, and also claimed to be Lord Byron. He finally committed himself to an asylum for treatment. Wikipedia.org mentions a comment his doctor wrote about him: “It is most singular that ever since he came… the moment he gets pen or pencil in hand he begins to write most poetical effusions. Yet he has never been able to obtain in conversation, nor even in writing prose, the appearance of sanity for two minutes or two lines together, and yet there is no indication of insanity in any of his poetry.”

Another new name to add to my reading list.

Astor built the Astoria hotel, next to the Waldorf, which was owned by his cousin, William Waldorf Astor. (So that’s where the Waldorf-Astoria name comes from.) Astor had other real estate holdings in New York City. In 1911 he divorced his first wife and at age 47, married a young woman who at 18 was a year younger than his son. They traveled abroad to escape the gossip. They bought first class tickets aboard the Titanic to return to America. After the collision with the iceberg they lounged in the gym at first, not unduly alarmed. Later his wife entered a lifeboat but Astor was prevented from joining her by a crew member. His body was recovered at sea a week later.

I was 21 years old and sitting at a bus stop bench in downtown Los Angeles. I had 500 dollars and a passport in my pockets. My friend Darrold was picking me up and our goal was to drive cross-continent to Montreal, picking up another friend, Rick, on the way. Once there we hoped to sign aboard a freighter and work our way across the Atlantic to Europe. I was having some sudden misgivings, wondering if this whole thing was a bad idea.

A teenage kid sat at the other end of the bench with a transistor radio. A song was playing that caught my attention.

“Yes, to dance beneath the diamond sky with one hand waving free;
“Silhouetted by the sea, circled by the circus sands;
“With all memory and fate driven deep beneath the waves;
“Let me forget about today until tomorrow.”

All my anxiety disappeared upon hearing that song, replaced with a confident sense of adventure. Thank you Roger, thank you Bob, thank you Mr. Tambourine Man, for launching me into the most memorable summer of my life. 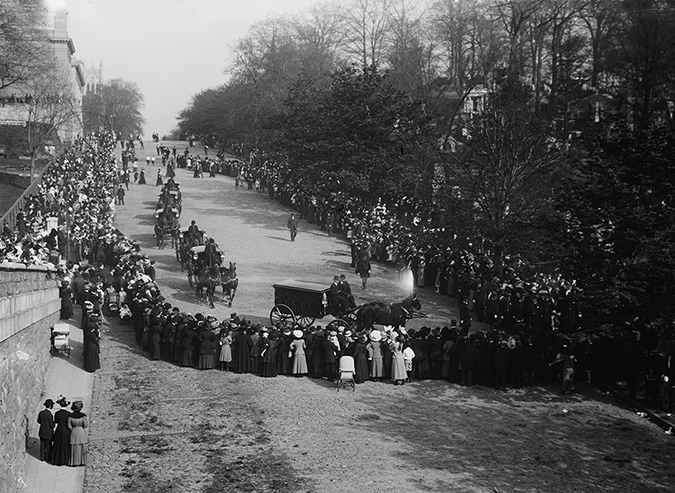