THIS DAY IN HISTORY… JULY 19

The Hudson Bay Company sold its land rights to Canada. The Métis were settlers of French and Indian descent living in the region around Winnipeg. With the switch they were worried about their land rights. They were led in an armed uprising by a man named Luis Riel. The Métis were French speaking and Catholic. Those favorable to the new government were Protestant and English speaking. (Ah yes, I see where this is going.) At first many, even further east, were sympathetic to the Métis cause. But then Riel made a blunder. He captured some prisoners and had one of them executed. Public opinion turned against him. British and Canadian troops were sent in and Riel and his lieutenants fled west. What came out of this however was the Manitoba Act, creating the province of Manitoba.

Riel tried a second time with the North West Rebellion. Again the rebellion was quelled and this time he did not escape. Riel was executed in 1875.

I live close to Canada, maybe a five hour drive. Yet I, like most Americans, know so little about our neighbor or its history. This incident, like much of our own history, has violence at its core. 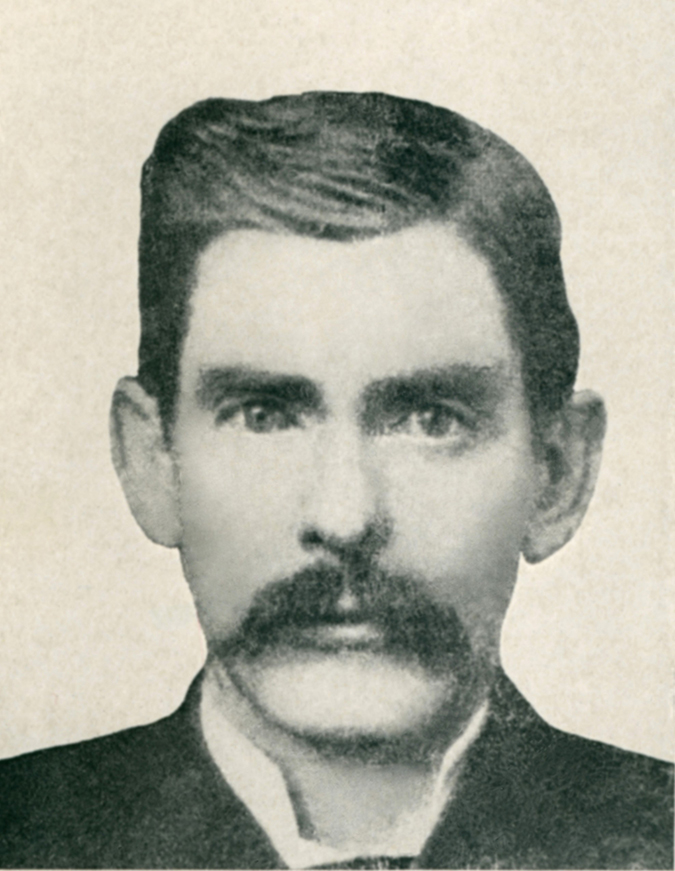 For more about this portrait, read the article “Is this the face of Doc Holliday?”

Originally a dentist by profession from Atlanta, Holliday had settled in Las Vegas and opened a saloon. A drunken patron, Mike Gordon, angered by the rejection of one of Holliday’s dance hall girls, stood outside and fired bullets into the saloon. Holiday stepped from the saloon and calmly dispatched Gordon to a more peaceful place. Afflicted with tuberculosis, Holliday led a reckless lifestyle that included heavy drinking, gambling and consorting sexually with those of sordid reputation. He left the saloon business, joined up with the Earp brothers, and was involved in more gunfights including the famous one at the O.K. Corral. His TB eventually led him to a health resort in Colorado where he died peacefully in 1887. Understanding the irony of the situation his last words were “This is funny.”

One of the iconic names from the old West, and I think better of him for having had a sense of humor.

Created by the newspaper L’Auto to increase circulation, the original tour was billed as “the greatest cycle event ever organized.” (Hyperbole that turned into fact.) There were six stages that covered over 1,500 miles. Sixty participants entered and twenty-one finished. Riders would start in the dark and ride up to seventeen hours in a day. The race was an immediate success with 100,000 fans lining the roads in the countryside to watch. Frenchman Maurice Garins won with a three hour lead over the second place finisher. One rider finished sixty-five hours behind Garins. Garins also won the race the next year but he and three other top finishers were disqualified for cheating.

Ah ha! So there you have it, Lance Armstrong was merely following tradition, as I fear are many other current riders. I rode in Catalonia last October and the group leader was a former professional rider. He was disdainful of the Tour, believing most still to being dopers. Whether he is right or not I can’t help but watch the Tour de France for it is a wondrous spectacle full of drama.

She was a nurse for the Union Army during the Civil War. Soldiers called her “Mother Bickerdyke” because of her concern for them. She showed uncommon bravery treating wounded soldiers during battles, and after the fighting ended, at night with a lantern she would search the battleground for more wounded. She held in low regard officers who didn’t treat their men well, and she continued to be an advocate for veterans after the war. During the course of the war she helped build 300 hospitals and provided aid on 19 battlefields including Shiloh, Missionary Ridge, and Lookout Mountain. On Sherman’s March to the Sea she helped wounded Confederate soldiers as well. Once, when someone lodged a complaint against her, Gen. Sherman threw up his hands and said, “What can I do? She outranks me.” In the grand review of the army in Washington following the war, she refused a place on the reviewing stand and instead led an entire corps during the parade and then passed out water to soldiers afterward.

It’s a joy for me to discover someone I’ve never heard of before, and then read their exploits. Especially one of such achievement and magnitude as this woman.

Accused of killing her mother and father with an axe in Fall River, Massachusetts, Borden was acquitted of the crime. Many, however, continued to believe she was guilty and she lived out her life as a pariah in her hometown. “Lizzie Borden took an axe and gave her mother 40 whacks. When she saw what she had done, she gave her father 41.”

That well may have been my introduction to rhyme.

She graduated from UCLA in 1945 with a degree in nursing. The following year she married baseball player Jackie Robinson, whom she called Jack. While standing alongside her husband and sharing the ordeal of integrating Major League Baseball, she also pursued her own career. She received her Master’s degree in psychiatric nursing and worked at the Albert Einstein College of Medicine, and later was Director of Nursing at the Connecticut Mental Health Clinic. She also started a real estate company that specialized in low-income housing. Upon receiving the Buck O’Neil Lifetime Achievement Award, Rachel and Jackie are the first married couple to be together in Baseball’s Hall of Fame.

An American hero as much as her husband.

* Doc Holliday (photograph) – Everett Historical / Shutterstock.com – The photo caption by Everett Historical reads: “Dr. John H. Holliday (1851-1887) was an American dentist, gambler and gunfighter fought with Wyatt Earp in the Gunfight at the O.K. Corral. Portrait photograph, made by C.S. Fly in Tombstone, 1881.”  Still the image is not without controversy. For more about the portrait, read the article “Is this the face of Doc Holliday?”