THIS DAY IN HISTORY… JULY 1

Amherst beat Williams College by a score of 73-32. The rules were quite different from the rules of modern day baseball, which helps explain the large score. There was no foul territory, the field was a square rather than a diamond, and the bases, wooden stakes four feet high, were sixty feet apart, not ninety. Also, an out could be recorded by throwing the ball at a runner and hitting him.

When I was a kid, we sometimes played by that same rule, throwing the ball at a runner to record an out. Quite exciting but, as I’m sure you can imagine, it did not usually end well.

In France during WWI there was stalemate at the front between the Allied and German armies. Both sides were heavily fortified in their own systems of trenches. The British designed a breakthrough plan and launched it on July 1st. An immediate breakthrough failed and the battle raged on for five months. Combined, the British, French, and Germans suffered over a million casualties, including over 300,000 deaths. It is one of if not the bloodiest battle in history. The British alone suffered 19,240 killed on the first day of the Somme. When the battle ended in November the British had advanced six miles into previously held German territory but tactically nothing had changed and the war dragged on for two more years. The British commander-in-chief labeled his battle plan “The Great Push Forward.” His soldiers called it “The Great F**k Up.”

Week after week of sending men charging into entrenched machine gun fire? Think I’ll side with the soldiers on what the battle should have been called.

President Hoover, a Republican, had handled the Depression badly and it was a foregone conclusion a Democrat would take the White House. FDR, governor of New York, was the frontrunner and on the 4th ballot was nominated. Acceptance speeches were not considered good form at the time and nominees did not attend the convention. When he learned he was nominated FDR convinced the delegates to stay another day so he could be there. Flying was still considered unsafe but FDR took a plane from New York to Chicago. In his acceptance speech FDR promised a “New Deal” for the American people. Roosevelt was considered such a shoo-in he was advised to play it safe. His VP candidate, John Nance Garner, told him, “All you have got to do is stay alive until election day.” But FDR loved campaigning and and his charm and energy propelled him to a large victory.

Given the Great Depression and war looming in the future, he was certainly the right person for the time.

French general. De Rochambeau was commander of 5,500 French troops that came to America in 1780 to assist General Washington’s Continental Army. Washington’s soldiers combined with de Rochambeau’s to trap Lord Cornwallis and the British army at Yorktown and gaining victory and independence for the new nation. Washington wrote a letter to Congress shortly before the surrender praising the assistance provided by the French general. De Rochambeau returned to France and when the French revolution erupted he barely escaped the guillotine during the Reign of Terror. When Napoleon came into power he pardoned de Rochambeau, who then lived out the rest of his life on his estate.

There is a sometimes tendency in America to deride the French. Mostly when they don’t heed our beck and call. One such incident resulted in the silliness of calling French fries, freedom fries. Critics also like to point out their debt to us from WWII, how we saved them from fascism. Although it should be noted the French are more attentive to and respective of the U.S. dead at Normandy than America is. What is often forgotten however is, as gallant and brave as the Continental Army was, if it hadn’t been for the intervention of the French army and navy, it is questionable whether our revolution would have succeeded.

Actress. Winner of two Academy Awards, de Havilland’s career spanned five decades. One of her more famous roles was as Melanie in “Gone With the Wind.” She was born in Tokyo to British citizens so English became her nationality also. She had a younger sister, Joan Fontaine, who was also an Academy Award winner. Their father was unfaithful and their mother left him, taking the two girls on a ship voyage from Japan to England. The ship made a stop in San Francisco, they got off because both girls were ill, and they stayed. De Havilland made eight films with Errol Flynn and both were infatuated with the other, however de Havilland refused to enter into a relationship until he was divorced. That never happened so neither did the relationship. De Havilland said the great love of her life was director John Huston. She was married twice, had two children, and lived to be 104 years old, dying in 2020 in Paris, France.

I saw some of those old swashbuckling films like “Captain Blood” with de Havilland and Flynn when I was a kid but don’t remember her, mostly because I’m sure I was concentrating on the swashbuckle and not the romance. Might have to go back and watch one of them again.

American Neo-Nazi. A former grand wizard of the Ku Klux Klan, Duke promotion of racism and white supremacy began at an early age. Educated in a conservative Church of Christ school in New Orleans, he was a member of the KKK by the time he graduated from high school. He graduated from Louisiana State University and in 1976 became the youngest ever grand wizard of the KKK. He has spent his entire life as a racist, anti-Semite, and Holocaust denier, in addition to being a convicted felon, a born again Christian and elected official for public office. He first ran as a Democrat, garnered little support, and then changed his party affiliation and was elected to the Louisiana House as a Republican. He has also run for the U.S. House, U.S. Senate and for president. The KKK accused him of misappropriating funds, and he was convicted of filing false tax returns and defrauding followers by using campaign funds for personal expenses. Duke is still actively promoting his agenda of racism and hate although his message is curtailed after being banned from YouTube and Twitter.

Duke tapped into the sad reality that espousing racism and division was one way of achieving notoriety, financial stability, and even the possibility of political success in America. 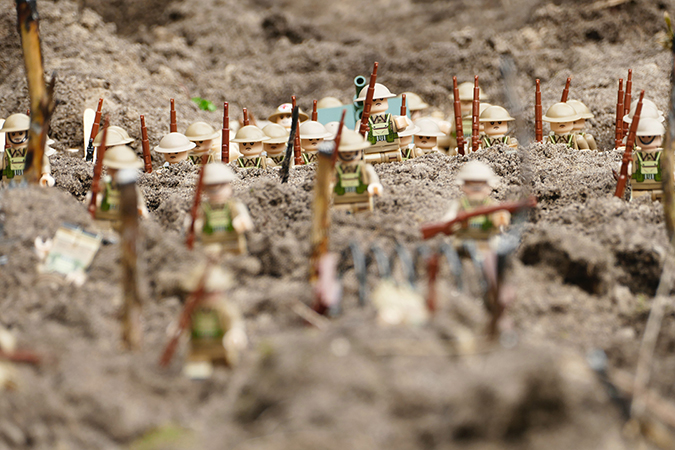