THIS DAY IN HISTORY… JULY 23 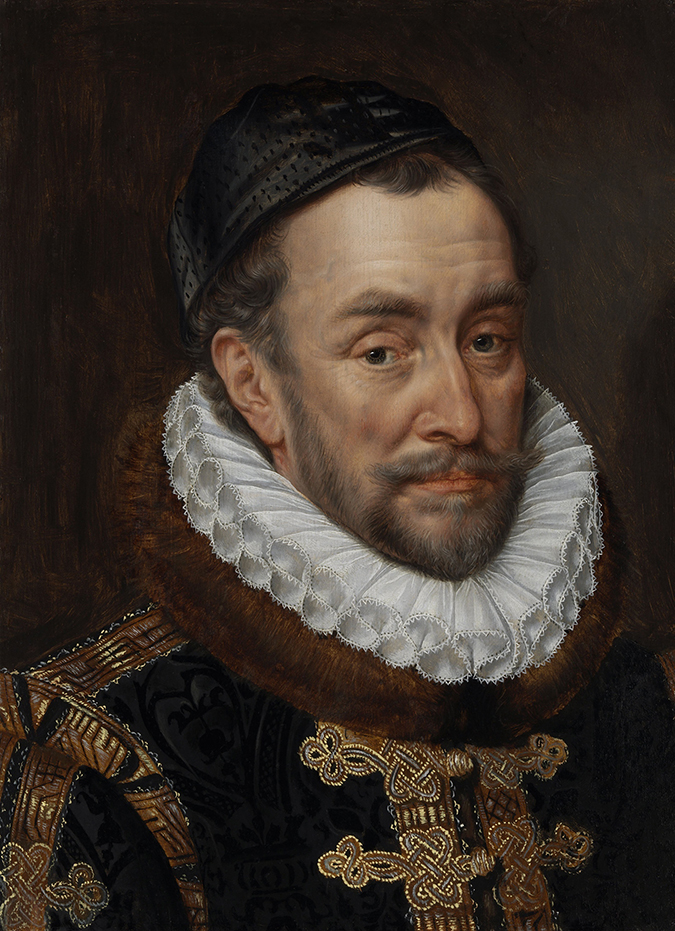 Religious upheaval and resentment grew over Spanish rule in Holland. William of Orange became leader of a rebel army that fought against Spain. They aligned themselves with French Huguenots, a movement that grew out of the Reformation and then embraced Calvinism. The rebellion turned into an 80-year religious war. William lost control of his troops in Roermond, where they went on a rampage killing priests and nuns, and made him an outlaw to the Catholic Church. William, also known as William the Silent, or William the Taciturn, was assassinated in 1584.

Modern day leaders are more likely to be labeled ______ the Verbose. Fill in politician of choice.

Lambot was behind by as much as an hour at one point. The leader had mechanical difficulties and switched bikes, which was against the rules at the time. He was penalized an hour in time which gave the victory to Lambot. (In today’s Tour, a minute is a near insurmountable lead.) There were no team cars following back then and riders had to do their own repairs, sometimes carrying their bikes for miles to reach a town and tools.

I’m a bicyclist and I enjoy watching the Tour de France. Some unusual things happen but here’s one I’ve never seen during the race. One day I was pedaling happily along when a squirrel darted onto the path, and froze. He was maybe ten yards in front of me. I swerved to the right at the same instant he moved in the same direction. My front wheel barely missed him but somehow I scooped him up with my right foot and pedal. I did two more rotations with a very alarmed squirrel clinging desperately to my shoe. Truth be told, I was more than a little alarmed myself. It belatedly occurred to me that perhaps I should stop pedaling and brake. The squirrel hopped off and ran to the base of a tree where it stopped and looked back at me, more than a little reproachfully. I thought he was being unfairly judgmental, for I didn’t see that the incident was entirely my fault.

1948 – Henry Wallace nominated by the Progressive Party to run for President.

He had been FDR’s Vice President from 1940-44 before being replaced by Harry Truman. Ridiculed as a hayseed and a mystic, he received only 2.4% of the vote. Nevertheless, he had some interesting ideas and things to say. From Senate.gov: “Wallace envisioned a postwar era governed by an international peacekeeping force and an international court, rather than through balance-of-power politics. His plan also called for an end to European imperialism in Asia and Africa. In an address to the Free World Association on May 8, 1942, Wallace outlined his “Century of the Common Man,” in which he endorsed federal support for education and collective health care for workers. More than the New Deal inspired Henry Wallace. Christian morality and the social gospel formed the fundamental inspiration behind his speeches. As a product of Protestant liberalism, he adhered to the principles of the Sermon on the Mount and saw himself as bound to accomplish the work of the Lord.” He championed both health care and God, don’t know where that would land him in today’s political climate.

According to ThomHartmann.com, Wallace stated: “The dangerous American fascist is the man who wants to do in the United States in an American way what Hitler did in Germany in a Prussian way. The American fascist would prefer not to use violence. His method is to poison the channels of public information. With a fascist the problem is never how best to present the truth to the public but how best to use the news to deceive the public into giving the fascist and his group more money or more power.”

Born in Denmark, raised in impoverish nobility, educated as an engineer in Glasgow, Scotland, worked on the Cunard passenger line, settled in America and became a Christian occultist, astrologer, and mystic. (Pretty much the usual path through life.) Heindel developed the Rosicrucian Cosmo-Conception, which metaphysically tried to answer three questions. Whence have we come? Why are we here? Whither are we going?

“No man loves God who hates his kind,
Who tramples on his brother’s heart and soul;
Who seeks to shackle, cloud, or fog the mind
By fears of hell has not perceived our goal.”

I can go with that.

While in power he fought against the invading Fascist Italian army of Mussolini, and later built schools, tried to establish an equitable tax system, and with limited success fought the existing feudalism. He ruled from 1930 until 1974 when a Marxist coup ousted him from power. Under arrest, he died in 1975, probably not from natural causes. Selassie was also the messiah of the Rastafari movement; some called him the Black Christ. Ras Tafari was Selassie’s birth name and in Jamaica his followers, Bob Marley among them, believed he would lead them out of poverty into a world of peace and prosperity.

Bob Marley and Haile Selassie, that’s quite a pairing.

Maybe if there were more like him I’d be less cynical about the court. I see it as just another politically biased branch of our government. I’m sure a legal precedent can always be found to support one’s political beliefs. And the way one political party ignored the Constitution after the last vacancy makes it even more of a joke.