THIS DAY IN HISTORY… JULY 27

This little known event took place in Spanish Florida, just across the state line from Georgia. Escaped slaves and Native Americans had combined to form a thriving community of about a thousand inhabitants. They were co-led by an escaped slave, Garcon, and an unnamed Choctaw chief. The mere existence of this agriculture community made the politicians in Washington nervous, especially since they were well armed. The arms had been left over by the British during the War of 1812. This haven for escaped slaves was a threat to the then-American way of life, despite it being on foreign soil. Future president Gen. Andrew Jackson was one who viewed it with alarm. He declared it should be destroyed and the stolen Negroes returned to their rightful owners.

At the time, struggles for independence were going on throughout Latin America. There had been a successful slave rebellion in Haiti, and Mexico and the Caribbean were following Simon Bolivar’s example in South America. Instead of being supportive, these struggles caused political anxiety in America. Secretary of State John Quincy Adams said, “Ours was a War of freemen, for political Independence—This is a War of Slaves against their masters—It has all the horrors and all the atrocities of a servile War.”

Instead of leading an invading army into a foreign land, Jackson used the pretense of mapping a supply route, and then self defense, claiming the fort fired on them. Over in minutes, it wasn’t much of a battle. A lucky cannon shot struck the magazine inside the fort causing a tremendous explosion killing one third of its inhabitants. The rest were either brutally murdered or returned to slavery.

I wonder if those inside the fort were yelling “Go back where you came from,” and “clean up your own corrupt government.”

The agreement ended military action between the forces of the United Nations and the forces of North Korea and China. It is not a peace treaty and the Korean War has never officially ended. The armistice document was signed only by military personnel; no nations were signees. Signing for the U.N. was U.S. Lt. General William Harrison, Jr. and for North Korea and China, North Korean General Nam II. An uneasy military truce has existed for the past sixty-six years.

Half-baked as they might be, I usually have a solution for just about everything. Not this one, however.

Audrey Moore was an African-American long-time civil rights activist. Her grandmother was born a slave and her grandfather was lynched. Born in Louisiana, Moore moved to Harlem and became involved in Marcus Garvey’s Universal Negro Improvement Association. Friends with black leaders from the time of Marcus Garvey to that of Jesse Jackson, Moore spent her life fighting for civil rights. She was honored with the title “Queen Mother” in 1972 in Ghana while attending the funeral of President Nkrumah. In 1995, two years before her death at age 98, Moore made her last public appearance at the Million Man March in Washington.

Moore was an early proponent of reparations for the descendants of slaves. From the African American Intellectual History Society: “Key to Moore’s vision was that repayment should come in the form of wholesale economic advancement for African Americans rather than the US government doling out ‘a few thousand dollars for one group’ to control. She argued that calls for freedom and justice were ’empty slogans’ without forcing America to reckon with its racist past through reparations.”

It’s hard to reckon with our racist past when we’re still dealing with current racism, and if certain leaders hold sway, a racist future.

Writer, producer and political activist. He wrote and produced many successful TV sitcoms, the best known being “All In The Family” and “Sanford and Son.” The characters of Archie and Edith of the former series were loosely based on his own parents, except he made them white Protestants instead of Jewish.

Lear served in the Army Air Force during WWII and survived fifty-two bombing missions over Europe in a B-17 Flying Fortress. After the war, he moved to Los Angeles where he was a door-to-door salesman before  managing to sell some comedy sketches to Martin and Lewis for the Colgate Comedy Hour. From that point on, his career flourished until he became one of the more successful producers on television. Lear was also active politically, founding People For the American Way, which opposed religion in politics. He must have been somewhat successful for he made Richard Nixon’s “Enemies List” and conservative evangelist, Jerry Falwell named him “Number one enemy of the American family.” He also started a nonprofit organization that encouraged and assisted 18 to 29 year olds to register and vote. In 2017 Lear was awarded the Kennedy Center Honor. Along with the other honorees he was invited to a White House reception and then, as custom, the president was to be seated with the honorees at the ceremony. It promised to be an interesting evening, because Lear is an outspoken critic of the president. However, Lear turned down the reception invitation and Trump did not attend the ceremony.

I admire Norman Lear; however, I was never a fan of “All In The Family.” Too much yelling.

Singer, songwriter and producer. Gentry had a massive hit in the late 60s with “Ode to Billie Joe.” As a performer, she remained active in the music business until 1981 when she retired. She then completely retired from the scene. Gentry lives in a gated community outside Memphis and has not done an interview in over thirty years.

Two schools of thought. One, take the money and run. Why not? Or, if you have a gift, how can you suppress that creativity? 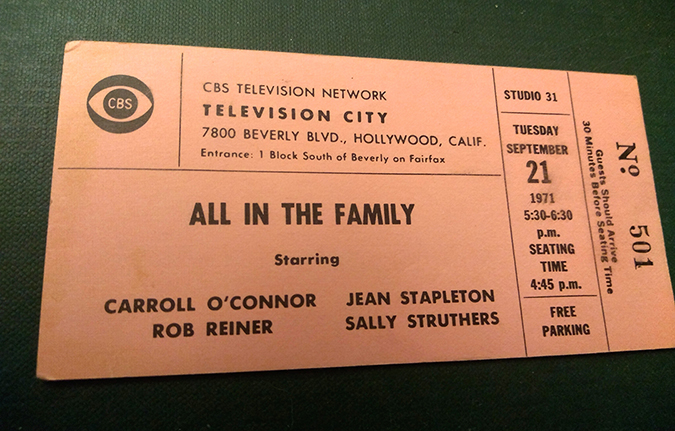