THIS DAY IN HISTORY… JULY 31

The forces of Cleopatra and Mark Antony defeated Roman General Octavian. Their victory was short-lived, however, for Octavian launched a second attack, and this time won. The couple shortly thereafter committed suicide, and Octavian became first emperor of the Roman Empire.

This was a strike and march on Rome in protest of the rise of fascism. The democratically elected government armed fascist forces in order to defeat the unions and socialists. This greatly aided Mussolini in his rise to power.

Torpedoed by a Japanese submarine shortly after midnight of the 30th, the Indianapolis sunk in twelve minutes. July 31st marked the second full day in the water for the surviving crewmembers of the ship. The sinking of the cruiser is one of the worst disasters in U.S. Naval history. It is believed to be one of the worst shark attacks, also. The ship had just completed its mission of delivering components for the atomic bomb to the island of Tinian. The same bomb that would be dropped on Hiroshima the following week. After the ship delivered the parts, the Navy would simply forget about the Indianapolis. It was ordered to sail alone, without any escorts, to Leyte Gulf, where it was to join other ships in the preparation to invade Japan.

There were 1,196 men aboard when two torpedoes struck. About 300 men were killed in the blasts, and the rest abandoned ship for the waters of the Pacific Ocean. If there was time to send out distress signals, no one heard them. And nobody in the Navy seemed to notice that the Indianapolis was missing, even though she was scheduled to arrive in Leyte Gulf on the 31st. The horrible ordeal for the men in the water went on for four and half days. Most linked themselves in groups from sizes of a dozen up to eighty, to try survive. Some had life jackets, some did not, and there was little food or water. Men died from untreated injuries and drowning. Some hallucinated and went mad, and others died from drinking salt water. But the worst, and greatest, terror was the sharks. A survivor said, “There’d be a scream, then a man would disappear.” Finally they were spotted by a patrolling Navy bomber. A destroyer rushed to the scene to rescue the survivors. Of the 900 men who abandoned ship, only 316 were still alive.

The captain of the ship, Charles McVay III, who was one of the survivors and a hero to his men, was court-martialed for failing to take evasive action to avoid the torpedoes. In October 2000, after a new inquiry into the incident, he was exonerated of any guilt, but it was too late, for he had committed suicide in 1968.

The fact that the ship was missing for over four days seems to have been a forgotten fact. Typical of the government and military, always go as far down the chain of command as possible to find someone to blame.

Leader of Quantrill’s Raiders, a guerilla force during the Civil War. Pro-slavery, he began his violent career clashing with anti-slavery forces in Kansas. Operating out of Missouri and raiding into Kansas, his followers included “Bloody” Bill Anderson, and both the James and Younger brothers. Quantrill’s most famous raid was when he led 450 men in an assault on Lawrence, Kansas. Somewhere around 160 to 190 mostly unarmed men and boys were slaughtered there, and the town was looted and burned. His men, free from the discipline of the army, believed they were fighting for the South while getting a chance to fill their pockets. He led his command to Texas where squabbling broke out, resulting in most of the men deciding to follow Bill Anderson. At the very end of the war, with only a dozen loyal followers remaining, he was ambushed in Kentucky by Union troops and mortally wounded. Quantrill’s legacy remains controversial, romanticized by some as a hit-and-run fighter for the cause, and denigrated by others as nothing more than a pathological killer and outlaw.

I read a book about the raid on Lawrence, and there is little doubt in my mind. Most of his men were bloodthirsty ruffians motivated by greed, not principle.

French Resistance leader during WWII. He, along with his wife, Lucie, helped set up an underground newspaper that assisted the Resistance in fighting the Nazi occupiers. Aubrac was captured by the Gestapo in 1943, and tortured and sentenced to die, but with the aid of his wife made a miraculous escape. After the war he was part of Charles de Gaulle’s reconstruction government, although the two men did not get along because of Aubrac’s communistic leanings. He also supported Vietnam’s quest for independence from French colonization.

Aubrac and his wife had a baby while fighting in the underground, his parents died at Auschwitz, and he was friends with Ho Chi Minh. Two films were produced about the couple. Kissinger employed him to try broker a peace between the U.S. and North Vietnam. Aubrac died in 2012, shortly after endorsing the Socialist Party’s candidate, Francois Hollande, France’s President from 2012-2017.

Some people do not lead lives of quiet desperation.

Sportscaster. Gowdy covered many major sporting events and for years was the voice of the Boston Red Sox. He also announced for the American Football League before it merged with the NFL. From Wikipedia: “On-air, in contrast to his contemporary announcers of NFL games, he avoided their hyperbole and transparent adulation of players, and gave steady, nonpartisan, but colorful descriptions of AFL games.”

The hyperbole and adulation is why, when I do watch sports, I do so with the sound turned off. 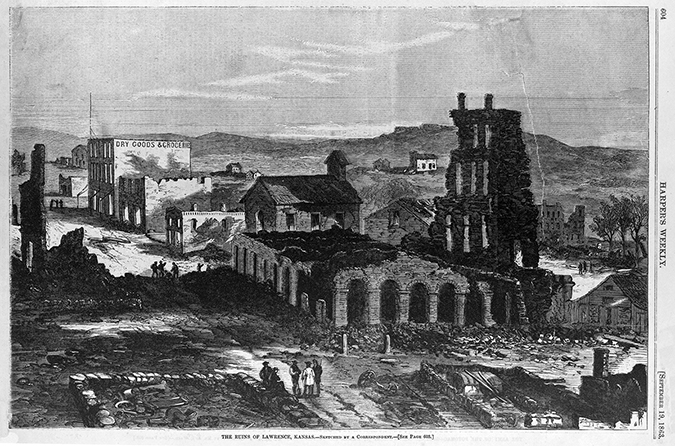 * William Quantrill (video) – In Search Of History and DocSpot / YouTube.com