THIS DAY IN HISTORY… JULY 4

A little document that would change the course of history.

You’ve all probably heard of it.

Two Founding Fathers, two former presidents, past political adversaries and then friends in old age, die exactly fifty years after the Declaration of Independence. Explanations for this ranged from remarkable coincidence to divine intervention or even as some suggested, a sinister plot.

Myself, I’ll go with Carl Jung’s Synchronicity. Add to it that the 5th president, James Monroe, died five years later on July 4th, 1831.

Adolf Hitler had a half brother, Alois. Alois had a son, William, born in England in 1911. Raised in England, William went to Germany in 1933, intent on benefiting from his uncle’s rise to power. He acquired a job in a bank and worked there for years but apparently wanted more. Dissatisfied, he tried to blackmail his uncle, threatening to reveal family secrets such as Hitler’s grandfather being Jewish. He wisely fled back to England in the late 30’s and in 1939 wrote the Look article. Here are some excerpts from that article.

“When I visited Berlin in 1931, the family was in trouble. Geli Raubal, the daughter of Hitler’s and my father’s sister, had committed suicide. Everyone knew that Hitler and she had long been intimate and that she had been expecting a child – a fact that enraged Hitler. His revolver was found by her body.” (See my June 4th post)

“I published some articles on my uncle when I returned to England and was forthwith summoned back to Berlin and taken with my father and aunt to Hitler’s hotel. He was furious. Pacing up and down, wild-eyed and tearful, he made me promise to retract my articles and threatened to kill himself if anything else were written on his private life.”

“I shall never forget the last time he sent for me. He was in a brutal temper when I arrived. Walking back and forth, brandishing his horsehide whip, he shouted insults at my head as if he were delivering a political oration.”

William Randolph Hearst brought William Hitler and his mother to the U.S. in 1939 for a lecture tour. WWII broke out and they were unable to return to England. It took special dispensation from President Roosevelt, but William was allowed to join the U.S. Navy. Here is a story from wikipedia: On reporting for duty, the induction officer asked his name. “Hitler,” he replied. Thinking he was joking, the officer replied: “Glad to see you, Hitler. My name’s Hess.” He became a Pharmacist’s Mate, served aboard a ship, was wounded in action, and received the Purple Heart. After the war he was married to a woman who was born in Germany, settled in Patchogue, NY on Long Island, and to achieve anonymity changed his last name to Stuart-Houston. This is also a bit odd in that one of Adolf Hitler’s role models was a man named Houston Stuart Chamberlain. He started a business that he ran out of his home analyzing blood samples for hospitals. He and his wife had four children, all boys, with Adolf being the middle name of the first, as if William couldn’t quite leave his uncle behind. William Stuart-Houston died in July, 1987 and is buried in Patchogue, New York. Another oddity, none of his four sons had any children, thusly ending the Hitler bloodline. The oldest, Alexander Adolf, maintains that there never was a pact among the four to do this, it just happened.

William had a brother, Heinz, who in contrast to him, was a devout Nazi ,and died on the Eastern Front in 1942

Fascinating story, but it is hard to get a sense of the man. I’m surprised somebody didn’t track him down in later years and try write more of his story, but maybe they did and he rebuffed them.

Incidentally, there is only one issue of that July 4th, 1939 issue of Look Magazine for sale, with an asking price of $950.

Writer. Born in New England, Hawthorne wrote mostly about that region during the colonial era. His most famous and lasting work is “The Scarlet Letter.” His themes centered on morality and guilt, notably concealed guilt. Interestingly Hawthorne’s grandfather was one of the judges at the Salem witch trials and the only one who never admitted being wrong or repenting of his judgement. Hawthorne was neighbors with Henry David Thoreau and Ralph Waldo Emerson, but he was painfully shy and said little at any gatherings. His work influenced future writers such as Henry James and William Faulkner. Happily married with three children, Hawthorne died in 1864. His pallbearers were Henry Wadsworth Longfellow, Emerson, and Oliver Wendell Holmes Sr.

I’ve done a lot of reading but haven’t reached back far enough for “The Scarlet Letter.”

Advice columnists. Troubled or confused people would write to these twin sisters soliciting their advice over life’s problems.

That put them a step up over all those in the world who go around offering unsolicited advice, a favorite pastime of many. I also can’t help but think of one of John Prine’s songs, “Dear Abby.”

Writer, disabled veteran, peace activist. Inspired by the words of President Kennedy to serve his country, Kovic joined the Marines in 1964. In 1968, on his second tour of duty in Vietnam, he was severely wounded and left paralyzed from the chest down for life. He wrote a book, “Born on the Fourth of July” about his experience and ordeal. It goes from him playing war as a child to the battlefields of Vietnam, and being wounded, then describes the horrors of an indifferent VA hospital and his struggle to adapt to his new life. The book was later made into a movie. He received an Academy Award nomination for adapted screenplay for it. As a young man he became a very persistent anti-war advocate and was arrested a number of times for protesting. Kovic now lives in Redondo Beach, California where he still writes.

The writing in the book is about as raw as anything I’ve ever read. If you have any notion that war is glorious or romantic, Kovic’s book will destroy that myth. 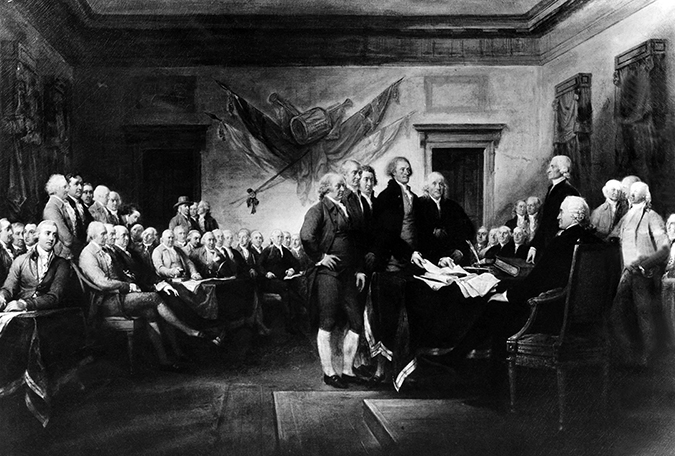