THIS DAY IN HISTORY… JUNE 12

The last airing of the sitcom “Mister Peepers” was on this day. The show, starring Wally Cox, was a summer replacement and ran from 1952 to 1955. Mister Peepers was a shy, bumbling science teacher who, while encountering unusual problems, somehow always managed to come out on top. Besides Cox, the cast featured Tony Randall and Jack Warden.

I remember watching the show but can’t remember if I liked it or not. The main character was presented as a milquetoast but that wasn’t Wally Cox’s true nature. He was quite athletic and also best friends with the macho Marlon Brando. Roommates in NYC at the beginning of their careers, Brando convinced Cox to move from stand-up comedy to acting. It was also rumored that Brando, if you can believe it, provided the common sense in their relationship.

The U.S. Supreme Court ruled that laws banning interracial marriage were unconstitutional. In 1959 Mildred Jeter, an African-American woman, and Richard Loving, a white man, were married in the District of Columbia. When they returned home to Virginia they were arrested for violating the state’s ban on interracial marriage. They were sentenced to a year in jail but the judge suspended the sentence if they would leave Virginia and not return for 25 years. The police had burst into their bedroom at night in hopes of catching them engaged in sex, as interracial sex was also outlawed. (Given the obvious danger the Lovings posed to society, it must have been easy to acquire a no-knock warrant.) The Lovings moved to D.C. and in 1964, frustrated they couldn’t visit family in Virginia, engaged the ACLU to argue their case. They lost in the Virginia Supreme Court but appealed to the U.S. Supreme Court. The ruling was 9-0 in favor of the Lovings and Chief Justice Earl Warren wrote that Virginia had violated the Equal Protection Clause of the 14th Amendment.

Considering the composition of the 2021 Supreme Court, I have my doubts whether that same case would render another unanimous 9-0 decision.

This took place in the Falkland Islands and was near the end of that war. In order to secure Port Stanley the British had to neutralize the Argentinian force dug into the high ground above the town. The British paratroopers were well trained while the Argentinians were poorly led and malnourished. They claimed their officers were drunk and disappeared when the fighting started. Despite this, they put up a fierce defense, including hand-to-hand combat with bayonets and hand grenades. By the time the Argentines retreated the Brits had lost 18 soldiers with 40 wounded. The defenders had 31 killed and 120 wounded. Among the British dead were two seventeen year olds. They were considered too young to serve in Northern Ireland because of its danger so they were sent to the Falklands instead. A British corporal who was later killed by a mortar had a crucial role in the victory. He was denied a medal, however, because on his body was found a collection of human ears taken from the enemy.

Human ears and seventeen-year-olds. The glory of war. A little over 3,000 people, mostly sheep farmers, lived on the islands. With that kind of economic impact, no wonder a war was necessary.

Soldier, explorer. Gass was a sergeant in the U.S. Army when he joined the Lewis and Clark Expedition. He was chosen for his skills as a carpenter. During the journey he built dugout canoes, wagons to portage, and the camps where they wintered. He also wrote the first, unauthorized, account of the expedition. Lewis warned his publisher not to publish the book but this threat was ignored. There are opinions and comments about individuals that are not in the official account by Lewis and Clark. After the expedition he stayed in the army and while fighting in the War of 1812, lost an eye. At age 60 he married a 20-year-old woman and they had seven children. At age 90 he tried to join the Union Army to fight the Confederacy and had to be removed from a recruiting station. Gass died in 1870 at age 99.

I’ve never been able to get into a book about the Lewis and Clark Expedition. I just purchased the one written by Patrick Gass. See if that works.

I once read this crazed conspiracy theory that Anne Frank didn’t die in the Holocaust. Instead she spent her life living in seclusion with reclusive writer J.D. Salinger at his gated estate. Yeah, okay. Better than the real and sad story.

Nurse, adventurer. Hillary was the first African-American woman to reach both the North and South Pole. Hillary grew up in Harlem and worked as a nurse for 55 years. She survived breast cancer in her twenties and lost 25% of her lung capacity to lung cancer in her sixties. Despite this when she learned no Black woman had ever set foot on the North Pole she was determined to be the first. She taught herself how to cross country ski, worked out on treadmills, and raised the necessary funds. At age 75, in 2007, she achieved her goal. Four years later, at age 79, she reached the South Pole. Having witnessed it, she then became a speaker about the effects of climate change on the world. At age 87 she traveled to Outer Mongolia where she lived with a nomadic tribe whose existence was being threatened by climate change. Despite declining health Hillary was planning another trip when she died at age 88. “Dreams,’ she said, “even if they don’t come true, are important.”

I’m going to take that advice and start dreaming about any number of trips. 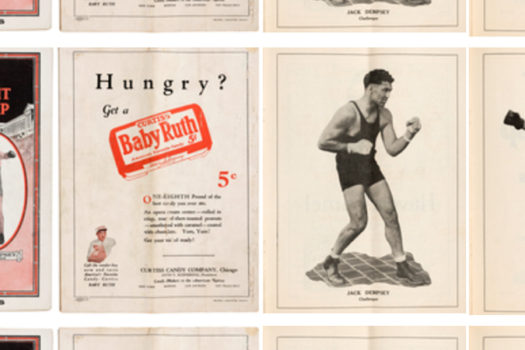 This Day in History – September 22 – Hijinx, Humor, and Insight