THIS DAY IN HISTORY… JUNE 17

At times I can be a rather incurious sort. I’ve heard about the Taj Mahal, one of the wonders of the world, my whole life and never once thought about the why of its origin. Now I know. One of the benefits of doing this blog.

It was a precursor to the Battle of Little Big Horn which took place eight days later. An army column of 1,500 men, led by Gen. George Crook, marched out of Ft. Fetterman in search of Indian tribes who refused to live on reservations. The intent was to wipe them out. Included in Crook’s camp were 260 Crow and Shoshone allies who served as scouts. They tried to warn Crook that Crazy Horse was near but he didn’t listen. The soldiers were relaxing, their horses grazing when Crazy Horse attacked. They were saved only by the bravery of the Crow and Shoshone who threw themselves against the other much larger Indian force. From History.com: “The combined force of 4,000 Sioux warriors had outnumbered Crook’s divided and unprepared army by more than three to one. Had it not been for the wisdom and courage of Crook’s Indian allies, Americans today might well remember the Battle of the Rosebud as they do the subsequent Battle of the Little Big Horn. As it was, Crook’s team was badly bloodied—28 men were killed and 56 were seriously wounded.”

General Phil Sheridan reportedly said, “The only good Indian is a dead Indian”, although he later denied it. I wonder if there is a higher “good” category for the Crow and Shoshone who died that day.

Not an awe-inspiring or even noteworthy arrival in that it came in 350 pieces in 214 crates, complete with assembly instructions. It wasn’t fully assembled until October of 1886.

About as long as it takes me to assemble something from IKEA.

Head miller at the Crosby Washburn milling company and person responsible for developing the breakfast cereal Wheaties. Crosby Washburn later became General Mills and Wheaties the “Breakfast of Champions.” Due to diet, in the early part of the 20th century indigestion, constipation and acid reflux were common. In 1921 an unnamed health clinician, boiling gruel for patients, spilled some onto a stovetop where it sizzled into a flake, and the idea was conceived. It was brought to Cormack and after thirty-six recipe attempts Wheaties emerged as a cold breakfast cereal and a simple way to introduce fiber to America’s diet.

Stroke of genius although I wonder, because of processing and additives, how much of the original health benefit of the idea is now missing. Although the advertising slogan “Breakfast of Champions” still ranks high.

Wife of Britain’s pre-war WWII fascist leader, Oswald Mosley. Diana and her sister, Unity, were known as Hitler’s angels. Hitler attended her wedding, she met and talked with the Nazi leader, was fascinated by him and remained unapologetic about that fact until her death in 2003. Late in life in an interview she stated, “They’ll go on persecuting me until I say Hitler was ghastly. Well, what’s the point in saying that? We all know that he was a monster, that he was very cruel and did terrible things. But that doesn’t alter the fact that he was obviously an interesting figure.”

Raised in aristocratic privilege, Diana’s other sisters also gained a degree of notoriety. They were described, according to The Times journalist Ben Macintyre, as “Diana the Fascist, Jessica the Communist, Unity the Hitler-lover, Nancy the Novelist, Deborah the Duchess and Pamela the unobtrusive poultry connoisseur.” A brother, also a fascist, refused to fight Germany, but died in the Pacific fighting against the Japanese.

Professional bicycle racer. Merckx, from Belgian, is considered to be the greatest bicyclist of all time. He was dominant in the sport and won both the Tour de France and Giro d’Italia five times. He rode in an era before drug use cast suspicion on victories.

As mentioned before I’m a biking enthusiast and this gives me the opportunity to tell another of my biking stories. One Sunday afternoon I took a spill and broke my wrist. I was able to bike home by closing my hand onto the front of my t-shirt and gripping it there. I managed to ride thirteen miles that way. I must have been in a bit of shock and meandered a bit because, when measured later, the accident took place only eight miles from my house. After a trip to the emergency room I spent the next six weeks with a cast on my left wrist. Six weeks without riding my bike. I tried once but decided I didn’t want to end up with more injuries. Finally the cast was off and I was able to mount my noble steed once more. Again it was a Sunday, a beautiful Sunday afternoon. I rode on a bike trail, gingerly, for I was still in the physical therapy stage for my wrist and hand. I was puzzled at first at how friendly the world was. It seemed everybody I met that day smiled and nodded at me. Then I realized what was happening. People were smiling back at me! Being back on a bike had brought such sheer happiness that I was riding along with a big grin on my face. People couldn’t help but respond. As corny as it sounds, it was a good lesson of getting out of life what you put into it. 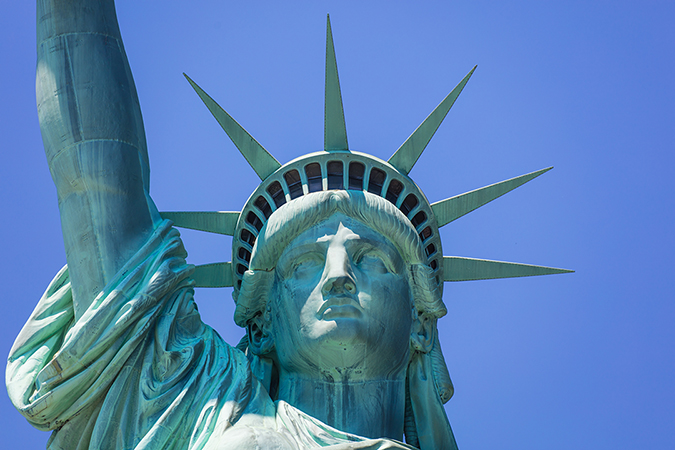