THIS DAY IN HISTORY… JUNE 18

In what is now Belgium, Napoleon Bonaparte was defeated by the army of the Duke of Wellington. The defeat ended Napoleon’s military career.

“Little General Napoleon of France
Tried to conquer the world, but lost his pants
Met defeat known as Bonaparte’s retreat
And that’s when Napoleon met his Waterloo” 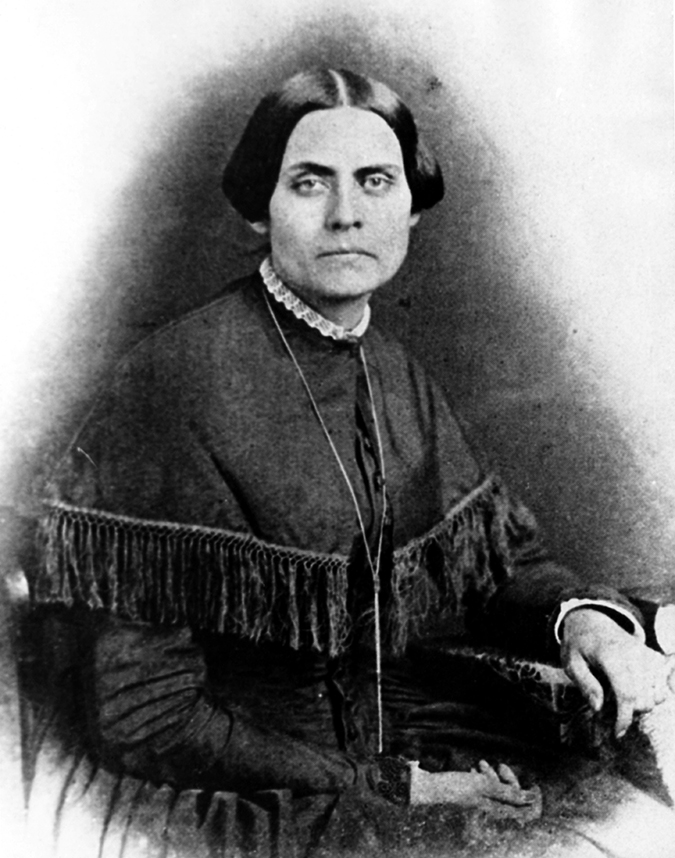 Anthony had voted in the 1872 national election and subsequently a U.S. district attorney charged her with violating the 14th Amendment, which allowed blacks to vote. Part of it guaranteed the right to vote to any male 21 or older. The DA focused on the word “male.” He stated in his opening remarks, “At the time of the election Susan B. Anthony was a woman.” Her lawyer conceded that she was still a woman.

The 14th Amendment also stated “No state shall make or enforce any law which shall abridge [lessen] the privileges or immunities of citizens of the United States.” Anthony argued that she was a citizen of the United States and therefore had a right to vote. The judge was notably anti-suffrage and he instructed the jury to find her guilty. Then he pronounced her guilty without allowing the jury to vote and fined her $100. Anthony refused to pay and the judge could not jail her because that would have allowed her attorney to appeal, and it was obvious she had not been allowed a fair trial. The judge had even refused to her right to take the witness stand because he was afraid to allow her to talk. Because of the unfair trial, Anthony gained favorable public sentiment, was freed, and continued her important work.

The prevailing side always declares that “Justice was done.” But, unfortunately, injustice within our judicial system is not a rarity. When it happens it must be publicized and seized upon, and like with Susan B. Anthony, maybe some good eventually will come of it.

In the House of Commons, after France had fallen to the Nazis, Winston Churchill announced that the Battle of Britain was about to begin. Part of his speech, “Hitler knows that he will have to break us in this Island or lose the war. If we can stand up to him, all Europe may be free and the life of the world may move forward into broad, sunlit uplands. But if we fail, then the whole world, including the United States, including all that we have known and cared for, will sink into the abyss of a new Dark Age made more sinister, and perhaps more protracted, by the lights of perverted science. Let us therefore brace ourselves to our duties, and so bear ourselves that, if the British Empire and its Commonwealth last for a thousand years, men will still say, “This was their finest hour.”

While it hasn’t been a thousand years yet, it still is their finest hour.

Mountaineer who died in an ill-fated attempt to scale Mt. Everest. An accomplished climber in the Alps, he made three attempts on Everest, the last in 1924. Mallory was also famous for his “Because it’s there” quote when asked why he wanted to climb Everest. Mallory and his climbing partner Andrew Irvine made their attempt on June 8th, 1924. They left base camp at 26,800 feet, and after disappearing into the clouds, were never seen again. There is speculation and mystery as to what happened. Some believe they were the first to reach the summit and died on their way down. A storm engulfed the mountain, and it is more probable they died while still on the ascent. Mallory’s body was found in 1991 and it was determined he had died from a fall. Irvine’s body has never been located.

The romantic in me would like to believe they made it but we’ll never know. A friend of mine, Tom, was at a base camp on the north side of Everest, the same side Mallory tried to climb. He was there to view and not make an attempt to reach the summit. I’m envious of Tom for just having seen it. And even if I had the physical capabilities I would rather just see and respect the mountain rather than fulfill any personal challenge.

Actor best known for his role as Paladin in the TV series “Have Gun Will Travel.” In movies he was mostly in westerns and could play a very convincing bad guy. In Hombre, a western starring Paul Newman, he played the antagonist with the wonderful name of Cicero Grimes. As fine as an actor that Newman was, in their first scene together Boone dominates the screen.

Boone served four years in the Navy as a gunner in the South Pacific and fought against the kamikaze attacks. Some attributed his heavy drinking to the trauma of his wartime experiences. He died in St. Augustine, Florida, at the age of 63.

For boys growing up in the 1950s, Paladin was a mesmerizing character, and “Have Gun Will Travel” the gold standard when it came to westerns.

Center for the Minneapolis Lakers professional basketball team when they were the NBA’s first dynasty. At 6’10” he was the first successful “big” man to play the game, and he revolutionized basketball. Rule changes such as goaltending and widening the lane were adopted because of him. He is also credited with popularizing the league when he played and helping create what the NBA is today.

I was a kid during the Lakers’ dynasty but didn’t really pay much attention to it. Sports did not have such a stranglehold on the nation back then. Televising sporting events was still in its infancy and did not have much of an impact. I remember a championship series game against the Syracuse Nationals. My buddies and I watched the grainy black and white broadcast for a while, didn’t really understand what it had to do with us, and went outside and played our own pickup game. I think that was a much healthier approach to sports.