THIS DAY IN HISTORY… JUNE 25

A number of Indian tribes had gathered among the cottonwoods alongside a small river known as Little Bighorn. The encampment of Lakota, Northern Cheyenne and Arapaho was estimated to be 8,000 people including 1,500 to 1,800 warriors. Among their leaders were Crazy Horse and Sitting Bull. They had gathered to celebrate their annual sun dance ceremony. Lt. Col. George Custer approached from the east with 475 troopers of the 7th Cavalry plus a mule train of supplies and ammunition. The army’s intent was to chase the Indians onto a reservation and force them to abandon their traditional hunting and nomadic lifestyle.

It was a clash of two cultures with the U.S. already an industrialized nation and the Native Americans living as they had for thousands of years. Custer had with him Crow and Arikara scouts who warned him not to attack for the temporary village was too strong. But Custer had once boasted he could ride through the entire Sioux nation with his 7th Cavalry so he ignored their warnings. Custer split his force and ordered Capt. Reno with 140 men to attack the village from the south while he and 210 troopers would attack from the rear and Capt. Benteen and his 125 men were to engage any Indians they saw. Every warrior in the camp responded to Reno’s attack and he was quickly routed, with nearly half of his command killed, wounded or missing. The east side of the camp lay exposed to Custer and what happened next is uncertain. But the attack failed as the Indian warriors regrouped and raced back to confront Custer. What took place is known as Custer’s Last Stand as every single man under his command was killed.

David Miller, in the 1920s and 30s, interviewed 72 Native Americans who had participated in the battle. Based on their accounts he wrote a book titled “Custer’s Fall.” According to the book there were only about a half dozen combatants left to defend the rear of the village. They were either too old, young or injured to join in the fight against Reno. They began firing as Custer and the 7th Cavalry charged across the Little Bighorn. One of the soldiers was struck and fell from his horse. When that happened the entire attack ceased as troopers attended to the fallen man. It is speculated that man was Custer himself. Enough confusion reigned to allow the Native warriors time to return from fighting Reno.

Because of the condition of their bodies after lying in the sun for several days before relief forces arrived, Custer and his men were buried on the spot wherever a body was found. Grave markers were then placed on that spot. I visited Little Bighorn and those markers tell the story of the fight. A scattering near the river, then more proceeding up the hillside and finally a cluster on the hill where the last stand took place. Miller speculated Custer was carried from the river up the hill where his body was found. There are also a number of markers far away from the site of the battle, even over a mile away, as individual soldiers panicked and tried to flee. The grave markers tell the story of a last great hurrah for a proud and soon to be vanquished people.

For the seventh time! All the strikes occurred in the Shenandoah National Park and were documented by a park supervisor. They occurred between 1942 and 1977. His wife was also struck once. People began avoiding Sullivan for fear of being struck themselves which depressed him. He died of a self-inflicted gunshot wound at the age of 71.

Upon reading someone had been struck by lightning seven times my original intent was going to be humor. But, after reading the specifics, it’s sad, not funny.

Created by artist Gilbert Baker, it was designed with the idea of helping gay people become more visible. The flag was first displayed at a Gay Freedom Day parade in San Francisco. Since then it has become a symbol of gay pride.

Writer, activist. Meredith was the first African-American admitted to the previously segregated University of Mississippi. His enrollment caused riots, mobilization of the National Guard and intervention of federal troops and agents. While at Ole Miss he was ostracized. He sat alone at a table in the lunch room, and in his dorm someone would bounce a basketball on the floor above his room at odd hours during the night. In 1966 the Air Force veteran planned a 220 mile solo march from Memphis, Tennessee to Jackson, Mississippi. One of his goals was to encourage voter registration. On the second day of his march a white man shot and wounded Meredith. While he was recovering other people joined the march. By the time Meredith rejoined them his once solo quest ended with 15,000 people marching into Jackson. His personal politics were a bit contradictory in that he campaigned for political office as a Republican, and  supported segregationist Ross Barnett’s gubernatorial effort as well as that of ex-klansman David Duke. He also did not want to be known as a civil rights activist, saying “Nothing could be more insulting to me than the concept of civil rights. It means perpetual second-class citizenship for me and my kind.” As of 2021 Meredith is living with his wife in Jackson, Mississippi.

I was a radioman at Holiday Beach, Kodiak, Alaska when Meredith was making his bid to get into Ole Miss. I made a comment to a friend stating Meredith should be allowed to enroll. A fellow radioman, Cornstalk, was from Georgia. He overheard my comment and with a face flushed red with anger, confronted me. My position was Meredith, as an American citizen, should have that right. Cornstalk countered by bellowing at me, using a derogatory racial term. “But he’s a ______!” Every attempt I made to respond was met with the same angry response. “He’s a ______! What don’t you see? How can you be so stupid? He’s a ______!” It was the sum total of his argument. I didn’t like being shouted at and became angry in return. Others separated us before it became physical. For me it was a revelation about the complexity of the racial issue in America. Rights, laws, decency, the Constitution, didn’t matter, it all came down to that one simple equation. It was sad because other than that, Cornstalk was a nice, kind, funny guy.

Actor, comedian, writer, producer. Multi-talented, Gervais has experienced success in each of those roles. He is probably best known for his contribution and acting in the British version of “The Office.” Quite prolific, Gervais continues to be active in a number of enterprises.

I’ve just finished watching one of his shows, “Derek,” and found it brilliant. Funny, touching, exceedingly gross at time, as well as touching and caring. A show with a heart.

Both had roles in the short-lived TV series, “Freaks and Geeks.” Cardellini had the leading role of Lindsey Weir while Phillips played the-wrong-side-of-the-tracks Kim Kelly.

I really liked that show, too bad it lasted for only eighteen episodes. 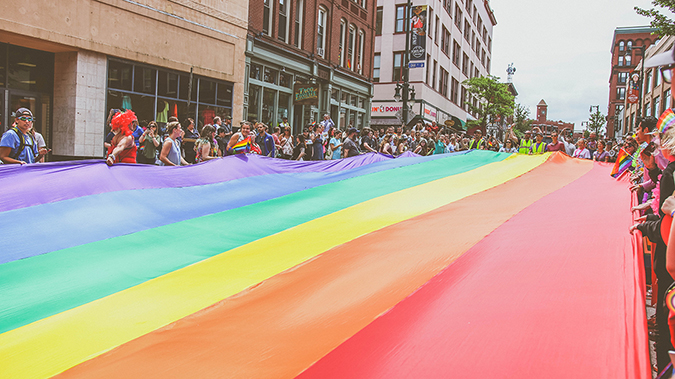