THIS DAY IN HISTORY… JUNE 27

After the British won the Battle of Brandywine on September 11th, 1777, they were poised to seize the city of Philadelphia. The fleeing colonists took everything that might be of use to the British, including bells that could be recast into cannons. After its return the Bell wasn’t rehung in the State House because the steeple was too rotten. Instead it remained in storage for seven years. A new steeple was built and the Bell was rehung in 1785. The Bell was rung on notable occasions such as the signing of the Constitution and the deaths of Washington, Adams, Jefferson, Lafayette and other patriots. The State House was sold with the land being subdivided into lots for sale and the ownership of the Bell was in dispute for a time. When the famous crack occurred is unclear. It had cracked several times with repairs being made. Most likely though the historical crack appeared in 1846 when the Bell was being rung for Washington’s birthday. In 1852 it was taken down and placed in Independence Hall. Since then the Bell has not tolled, being used for ceremonial purposes only.

Today’s history lesson for an iconic symbol of our liberty.

Crandall, a Quaker, had opened a young women’s boarding school in Canterbury, Connecticut in 1831. Catering to the daughters of the wealthy the school was a success. She was also a subscriber to an abolitionist newspaper. (Damn liberal media!) When she received a request from a wealthy free African-American family for their daughter to attend, Crandall accepted the young woman and horrified white families pulled their daughters from the school. Now determined to educate young black women, she ran an ad in the abolitionist newspaper and soon had many applicants. Laws were quickly passed to keep her from operating but she refused to close her school. She was arrested and endured several trials, with the case eventually being dismissed on a technicality. She continued with the school, but both she and her students suffered verbal abuse and were in danger of physical assault. Crandall closed the school and moved out of Connecticut, but would continue to advocate for equal civil rights for all.

Guatemala had had a democratically elected government since 1944. Jacobo Arbenz became president in 1951 and immediately incurred the wrath of the U.S. by instituting land reforms. United Fruit, a U.S. owned corporation, lost much of its land in Guatemala and this was unacceptable to the U.S. So the CIA was sent in to rectify the situation. They were successful and a right-wing dictator became head of the country and United Fruit regained its rightful place in the world.

Here in America we value democracy. . .in its proper place. The problem in Guatemala was that they were trying to put people before corporations, not realizing as we now do that corporations are people too.

Writer, educator, humanitarian. Keller lost her ability to see or hear at age 19 months due to an unspecified disease, perhaps scarlet fever or meningitis. A special educator, Anne Sullivan, was able to successfully teach Keller to communicate. As an adult, Keller became an advocate for social change, supporting women’s suffrage, birth control and pacifism. She advocated for those with disabilities and testified before Congress for the welfare of the blind. Keller was also co-founder of the American Civil Liberties Union. Widely admired, that is until she announced she was a socialist and supported Eugene Debs for president. Then she was criticized in the press and her disabilities noted, as if they were responsible for her faulty reasoning. Undeterred, Keller kept advocating for those less fortunate. Throughout her life she traveled extensively, visiting 35 countries, and offering inspiration to millions of people. Keller and Anne Sullivan were life-long companions until Sullivan died in 1936. Keller passed away in 1968 at age 88.

I think everybody is aware of the story of Helen Keller, if not, they should be. She was a courageous, remarkable force in this world. I must also confess to some ignorance, however; I hadn’t known she was a co-founder of the ACLU.

Dentist, politician. Perpich was the 34th governor of Minnesota, the longest serving governor, and the only one to serve non-consecutive terms. Perpich’s father, from Croatia, immigrated to America and worked in a Minnesota iron ore mine. Young Rudy did not learn to speak English until he was in the first grade. He graduated from Hibbing high school, spent two years in the army, went to dental school, and returned to Hibbing to practice dentistry. (I could find no record of him ever filling any of young Bobby Zimmerman’s cavities.) Rudy entered politics, first serving as a state senator from the Hibbing area. He then was elected Lt. Governor, and became Governor when Wendell Anderson appointed himself to fill a vacant U.S. Senate seat. He was defeated in the 1978 election but returned to win in 1982 and again served as Minnesota’s governor from 1983 to 1991. His policies contributed to the Minnesota economy by promoting the state internationally. A Republican rival, future Governor Arne Carlson said of him: “Perpich was the first person that I was aware of to focus on the international role that states are going to have to play.” Rudy was a colorful and controversial figure who promoted everything from the idea of the Mall of America to a chopstick factory on Minnesota’s Iron Range.

Here’s a Rudy story from a friend of mine, Darrold. 1983 Super Bowl, Beverly Hills Hilton. He sees Rudy walking across the lobby. Perhaps without the proper deference, Darrold calls out to him. “Rudy, what’s a Ranger like you doing in a place like this?” Rudy loved it and came over to talk. And as Darrold put it, talked and talked and talked. Darrold, still trying to score some tickets to the game, had to make an excuse to leave. If not the best, stories like that are why Rudy was my favorite governor.

Actor. A high school dropout, he later got his GED, McGuire turned to acting. He often found himself in competition with Leonardo DiCaprio for the same parts. (Guess who won.) But they became friends and tried to help each other advance their careers. McGuire developed a drinking problem as a young actor but joined AA and has been sober since. He’s a vegan and in 2002 PETA named him world’s sexiest vegan. McGuire is best known for his lead role in the Spider Man movies.

I’m not a fan of comic book movies so I’ve never seen him in the Spider Man role. However, McGuire starred in two movies I really liked, “The Cider House Rules” and “Seabiscuit.” 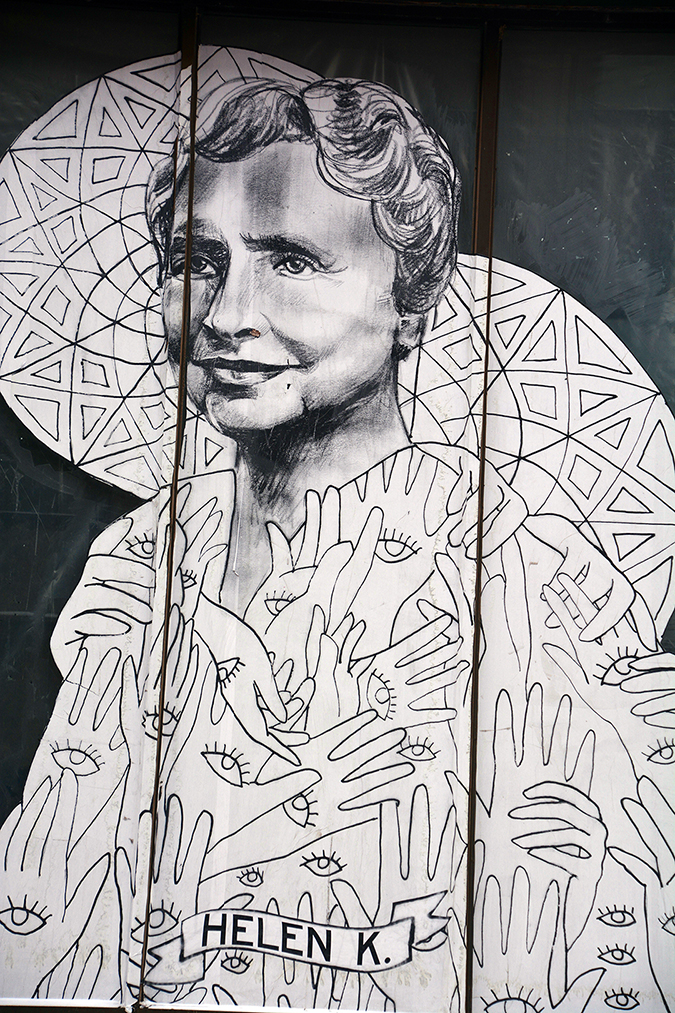