THIS DAY IN HISTORY… JUNE 28

Christian Serbs under Prince Lazar fought the Ottoman Empire. The battle was fierce, both armies were decimated, and Prince Lazar was killed. The Turks conquered, and four centuries of Ottoman rule followed. Six hundred years later, during the breakup of Yugoslavia, the Serbs used this battle as inspiration, and an excuse, as it practiced genocide on the Muslim population of Bosnia. There were even posters of Serbian leader Milosevic alongside Prince Lazar and Jesus.

Another sad example of religion being used to smother reason and obliterate compassion. Whenever some leader starts quoting from the Bible or the Koran or some other scroll, watch out! If you’re doing the right thing, you don’t need some religious text to justify it.

In New Jersey, a man named Robert Gibbons proved to a large gathering of his neighbors that the tomato was not poisonous by eating a large quantity of them. The veracity of the story is suspect, but the tomato did have a checkered reputation at the time. While many believed it poisonous, there was also a school of thought that if eaten in small quantities after hours of boiling it could be used for medicinal purposes. Others believed it could be used as an aphrodisiac. (There’s always those.) And then there were the Puritans. This is from BrassCastleArts.Blogspot.com: “The Puritans despised it because it was red and because its shape suggestive of – I dare not say! It was obviously a product of Satan. And it was succulent besides! What a sin!”

Well, I’d rather see religion concern itself with things like tomatoes as opposed to exerting control through political or military means. 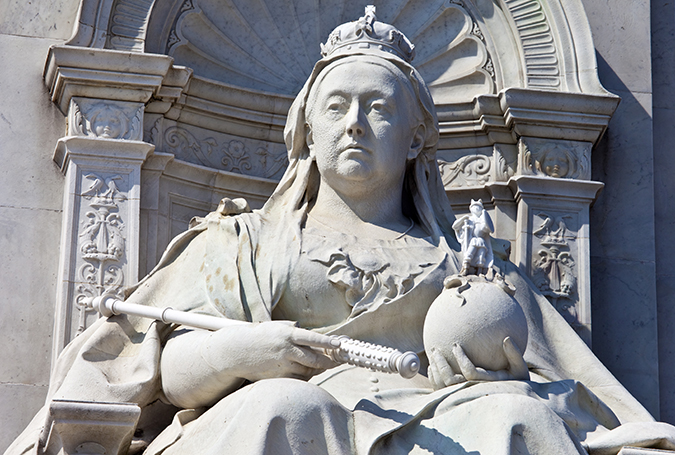 Victoria ruled over England for sixty-four years, the longest of any monarch until the current Queen Elizabeth. However there were seventeen American presidents during Victoria’s reign so Elizabeth has about a half dozen presidents to go to match her. Victoria even had an era named after her, the Victorian Age.

Not a bad run.

Journalist, editor, and writer. Hotchner wrote many books, including a biography of Ernest Hemingway, with whom he was a good friend. He was also a neighbor and very good friends with actor Paul Newman. Together they started the organic food line “Newman’s Own,” with the profits being donated to charity. Another of his books was about his fifty-three year friendship with Newman.

To me there could be no more disparate men than Hemingway and Newman. On a professional basis I had the opportunity to meet and talk with Paul Newman, and he did not seem like a man caught up in his image. From everything I’ve read, the opposite seems true of Hemingway. I’ve not read either book, but maybe I’d better.

Swedish politician and diplomat. Head of the International Atomic Energy Agency, Blix was the first westerner to inspect Chernobyl and the effects of the nuclear disaster there. Then, as head of the United Nations Monitoring, Verification, and Inspection Commission, he led the search for weapons of mass destruction in Iraq. Blix stated, “There were about 700 inspections, and in no case did we find weapons of mass destruction.” The U.S. government did not accept his report and Blix was ridiculed as being duped by Iraq… The U.S. [later] used the pretense of WMD’s to launch a preemptive strike against Iraq.

The Middle East is still reeling from the effects of that war. I don’t know if the world would be better off if it had listened to Hans Blix, but it seems to me it’s better to base decisions upon the truth rather than lies.

Entrepreneur and according to Forbes magazine, 53rd richest person in the world. Bullied as a child in Pretoria, South Africa, once beaten unconscious and hospitalized, Musk has gone on to be listed by Forbes as the 21st most powerful person in the world. Among his enterprises are the Tesla car, PayPal, and SpaceX. The idea behind SpaceX is to create a space colony. Although Musk believes in combating global warming through reduced consumption and sustainable energy production, he is hedging his bets with space exploration for the purpose of preventing human extinction.

Maybe we are already past the point of no return, and our planet can no longer be saved. If so, what’s the argument for saving a species that would do such a thing? Wouldn’t the universe be better off without our form of intelligence? But I suppose the rich will need somewhere to go.