THIS DAY IN HISTORY… JUNE 2

Harriet Tubman leads the raid in South Carolina. Escaped slave and famed conductor in the Underground Railroad, Tubman had already played a prominent role first as a nurse and then a spy for the Union Army. Supported by staunch abolitionist General Benjamin Butler, Tubman accompanied a Union force to South Carolina where they were to conduct raids. The intent was to destroy plantations and to liberate slaves in the hope they would then be recruited into the army. Joined by 150 African-American soldiers, she guided the force up a river, skillfully avoiding torpedo mines the Confederates had placed in the water. She led them to a place where 750 fugitives slaves were waiting. Warehouses of supplies were emptied, plantations were burned and all the slaves but one, who was killed by late arriving Confederate soldiers, were saved. The raid was important because it struck deep in the heart of Dixie, and was further proof that blacks were fit for military duty. Even in the North this idea was met with doubt. While Union commanders came to rely on her skills as a spy and scout, her name was always left out of official reports.

Recognition for her achievements were slow in coming in that she faced double discrimination, being both black and a woman. After the war she applied for a soldier’s pension but it took over thirty years before she received it. At long last, in 1899, her military accomplishments were written into the Congressional record and President McKinley signed her pension into law.

Harriet Tubman was supposed to be on the new $20 bill starting in 2020. The current administration has delayed that unveiling. The reason, well, I’ll leave that up to your own conjecture. Perhaps that honor wouldn’t have been denied if she had done something more heroic, like fight through a tough case of bone spurs.

Also known as the Indian Citizenship Act. The 14th Amendment defined anyone born in the U.S. as a citizen. Somehow this previously had not applied to Native Americans. The fact that thousands of Native Americans served in the armed forces during WWI helped push this effort forward. Despite the Snyder Act, in 1938 seven states still did not allow Native Americans the right to vote. Even after WWII, Arizona and New Mexico still denied that right until forced into it by a judicial decision.

Racism. Such a dark stain upon our nation’s soul. I fear even as I write these words that stain is deepening and spreading. Depressing, so I think I’ll go on to a lighter topic.

Invented by the Monroe Cheese Co., which was later bought out by Kraft, the product was called Velveeta because of its velvety smoothness. It was advertised as natural health food and gained the American Medical Association’s seal of approval.

I hope that seal was still in place when I was in college, for Velveeta made up a large portion of my diet. Velveeta and braunschweiger sandwiches. Not only very filling and affordable, but time consuming in that a certain amount of effort had to be spent prying the mushed ingredients from the roof of one’s mouth.

General for the Union Army in the Civil War. Despite being born into a rich family and gaining a large inheritance at an early age, Kearny joined the military. He was sent to France to study cavalry tactics and while there fought with a French unit in Algeria. He rode into battle waving a sword in one hand, a pistol in the other, and with the reins between his teeth. He earned the nickname “Kearny the Magnificent” from the French.

He served with distinction during the Mexican War, was wounded and lost an arm during a battle. Retired from the army, he traveled the world extensively. At one point the horse he was riding fell through the rotten planks of a bridge and he was badly injured. When the Civil War started he tried to re-enlist but was rejected because of his disability. The army changed its minds however, realizing they needed seasoned officers after the Union’s disaster at Bull Run. He had an immediate positive effect and Lincoln was even considering having him replace McClellan as head of the Army of the Potomac. Kearney led his men with flair, still riding into battle with the reins in his teeth and waving a sword with his one good arm. He rallied frightened men by yelling, “Don’t worry, the Rebels are all going to be shooting at me!” One rainy night in 1862, during the Battle of Chantilly, he was killed in action, depriving the Union of one of its few capable officers.

I guess he was right about all the Rebels shooting at him.

Musician, notably drummer for the Rolling Stones. Not a typical rock and roll star, Watts has been married for 54 years, owns vintage cars but can’t drive, and has made a sketch of every hotel room he’s ever stayed in. It also has been said that he prefers jazz to rock and roll.

I once saw an excerpt from a documentary called “Charlie is My Darling.” It follows the Rolling Stones before they hit it big. The filmmaker theorized that the camera always finds the most interesting subject. So despite presented with such young talent as Mick Jagger, Brian Jones, Keith Richards, etc., he found himself drawn to the quiet Charlie Watts, thus the title of the documentary. I’ve been looking for the film since. It’s not available on Netflix and the one copy I’ve found has Spanish subtitles which annoy and distract me. Suggestions?

Artist and gay rights activist. Baker is most known for having designed the rainbow flag. Stationed in San Francisco as a medic in the army, he stayed there after his honorable discharge and lived openly as a gay man in the early 1970s. He designed the flag in 1978 and refused to trademark it, believing it belonged to the LGBT community. At one point in his life he joined a gay, drag activist group, the “Sisters of Perpetual Indulgence.” Later in life Baker moved to New York City where he died in 2017.

Anybody reading this pages must know I am an avowed lefty. Based mostly on political views, there is also an element of humor involved. The left just seems to have a better sense of humor. I mean, c’mon, “Sisters of Perpetual Indulgence!” 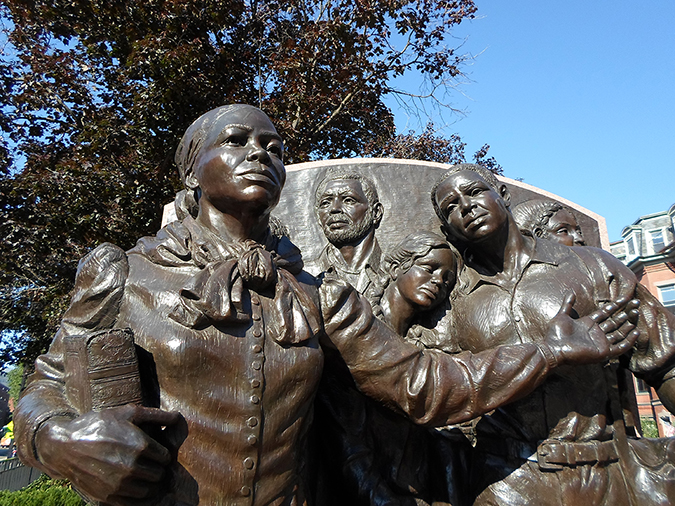