THIS DAY IN HISTORY… MARCH 12

The area was initially explored by Henry Hudson. Although an Englishman, Hudson was employed by Holland, so the area was first called New Netherlands. In the mid-17th century, the British sailed in and forced Holland to surrender it to them. The area was renamed New Jersey after Jersey of the Channel Islands. New Jersey was one of the original thirteen colonies and more battles were fought there than in any other colony.

As a child my image of the East Coast was large cities crowded with people. To me, New Jersey was nothing more than an industrial wasteland. While stationed at Bainbridge, Maryland a couple of others sailors and myself decided to hitchhike to Atlantic City one Sunday. I received a couple of surprises that day. First was how big New Jersey was and second was the number of dairy farms. Looking at all the herds of Holsteins I almost felt like I was back in Minnesota.

We did make it to Atlantic City and walking the boardwalk in our dress whites we were not the hit with the girls that we thought we were going to be. I guess that was less a surprise then the dairy herds.

The dam, located 40 miles from Los Angeles, collapsed, and a wall of water swept down San Francisquito Canyon killing an estimated 450 people. Designed by William Mulholland, the dam had only been completed in 1926. There had been some reported leakage by the dam keeper earlier in the day and Mulholland and his chief assistant had inspected it and declared the dam safe. The dam keeper and his six-year-old son were among the first to die. As reported in the LA Times, people living below the dam used to joke, “See you later, if the dam don’t break.” It broke, and along with the huge loss of life it destroyed the reputation and career of William Mulholland.

Nevertheless he still has a tony drive named after him.

Ostensibly to provide assistance to any nation facing authoritarian threat, it mostly focused on preventing the spread of communism throughout the world. A key part of the doctrine stated that the threat could be external or internal. The result was that the U.S. had its fingers in conflicts around the globe. According to historian Eric Foner, the doctrine “set a precedent for American assistance to anticommunist regimes throughout the world, no matter how undemocratic, and for the creation of a set of global military alliances directed against the Soviet Union.”

While I’m mostly respect Truman, his doctrine had unintended consequences. Democratically elected governments, if too left-leaning, were toppled with our help and brutal dictatorships put in place. Pinochet over Allende in Chile is one example, and establishing the Shah in Iran is another. The fear of communism spread our own imperialistic reach.

American writer, spiritualist, publisher, he was also a fascist and admirer of Hitler. He founded the Silver Legion; its members became known as the Silver Shirts and were based on Hitler’s Brown Shirts. Anti-Semitic, Pelley preached that the U.S. should be a Christian Commonwealth. At the height of his power, the Silver Shirts numbered about 15,000. FDR finally tired of his rhetoric and had him investigated. Convicted of plotting to overthrow the government, he was sentenced to 15 years in prison. Released in 1952, he promoted a religion based on UFOs and extraterrestrials.

Lest I become too upset over a couple of hundred clowns with tiki torches in Charlottesville, I have to remind myself there was once a much larger, stronger wacko movement in America and it was ultimately squashed.

Beat Generation writer. Most famous for his novel On The Road. Rejected as a writer for many years, when fame did come he did not handle it well. Trying to live up to an image, hurt by criticism of his work, he turned to excessive drinking. Kerouac died in 1969, only forty-seven years old.

The title of the book alone, “On The Road,” captures a spirit deep inside of me as well as countless others. I read it while trying to settle into a new job as a suit and tie accountant with a financial institution. I was uncertain and unhappy with my lot in life at the time, and “On The Road” did not help. Money or career meant nothing, freedom was the desire. The book brought back earlier memories of my own road trips crisscrossing the U.S., Canada, and Europe. And it led me out of the corporate world into a life of marginal employment while trying to establish myself as a writer. For that I am grateful. Thanks, Jack.

The “Butcher of Bosnia” was a Serbian army general who ordered his troops to slaughter 7,000 Muslim men and boys. He was also the commander at the siege of Sarajevo where civilians were shot and shelled indiscriminately. After the war he went into hiding for fourteen years before being captured. He was extradited to the Hague, tried as a war criminal, and sentenced to life in prison.

What does it say about humankind that time after time in history’s annals men so full of evil are able to rise to the highest level of leadership?

Office Of The Historian 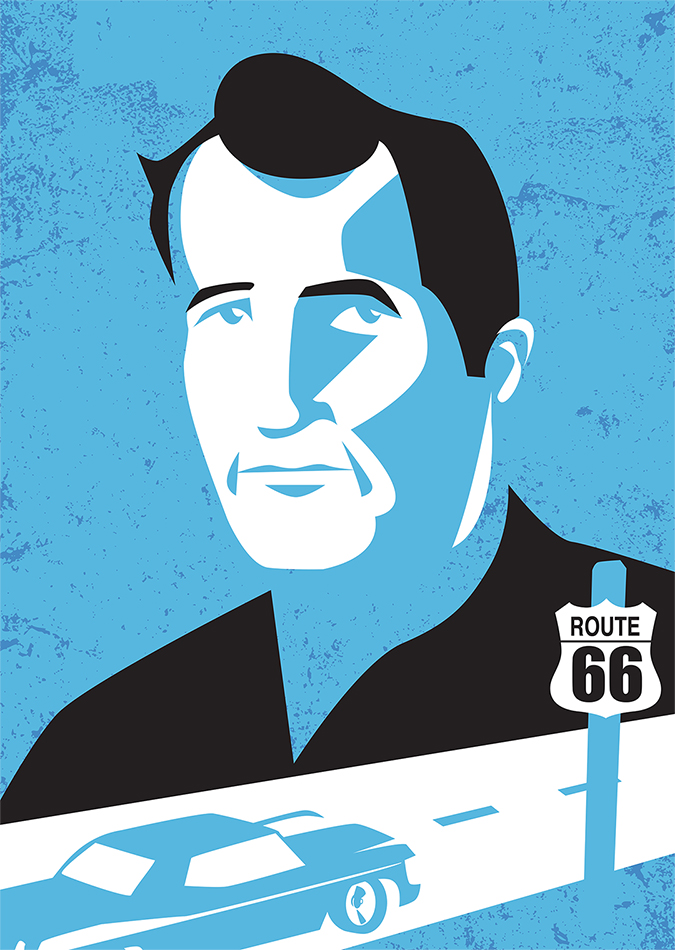