THIS DAY IN HISTORY… MARCH 19 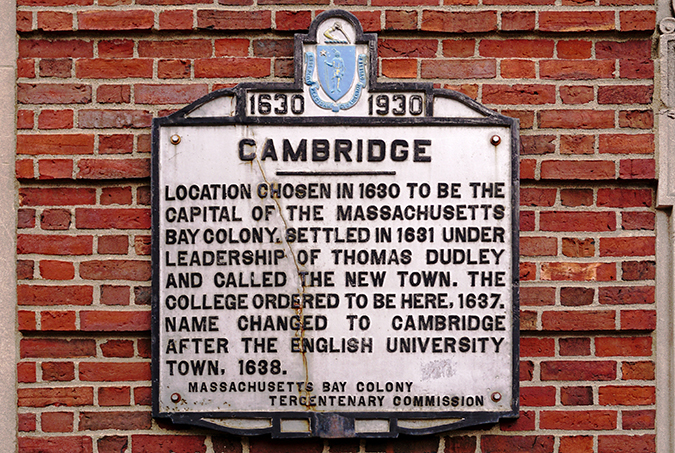 From the United States History blog: “A land grant was received from the Council of New England, the successor to the ineffective Virginia Company of Plymouth, providing rights to the area between the Charles and Merrimack rivers and westward to the Pacific Ocean.”

Before they even left England for the Colonies, the Puritan businessmen received an okay on the land grant from the King.

All the way to the Pacific Ocean? The arrogance of both the grantor and grantee is, to me, amazing. Regardless of who might live there, the assumption that the land could belong to them. But then again, one was king and the others were Puritans who had been put on earth by God to make things right.

From Wikipedia: “Describing Sagrada Família, art critic Rainer Zerbst said, “It is probably impossible to find a church building anything like it in the entire history of art”; while Paul Goldberger described it as “the most extraordinary personal interpretation of Gothic architecture since the Middle Ages.”

Viewing it only from the outside, the line to enter was long and I don’t do lines well, I found the church to be both magnificent and a little creepy.

The starting five for Texas Western were black, the entire Kentucky team was white. The significance of this was not lost on many people. There was an unspoken agreement among southern coaches at the time to start only two black players, play three during the game, and allow four at the end if the game was close. But never all five. Coach Don Haskins of Texas Western maintained he wasn’t a social crusader–his goal was to win basketball games. The team was not invited to either the White House or the Ed Sullivan Show after their championship, which was common at the time.

I remember that game, and also what seemed like an effort to publicly suppress the significance of the victory.

Perhaps the first female stand-up comic and certainly the first African-American one. She led the way for other women comedians such as Phyllis Diller and Joan Rivers. She had a traumatic childhood in North Carolina, losing both parents before she was a teen, and being raped twice, once by a white sheriff. She became pregnant both times and the babies were put up for adoption. She not only survived, but out of this trauma she developed the talent to make people laugh. She got the nickname “Moms” from mothering other entertainers on the vaudeville circuit. She also did a cover of “Abraham, Martin and John” that became a top forty hit in 1969.

I watched her on the Smothers Brothers show, but I don’t recall the recording. Will have to look it up.

1939 – Joe Kapp. NFL quarterback, most notably for the Minnesota Vikings in 1969 when he led them to the Super Bowl. Only to lose but as time would prove, the Vikings had a special talent for losing Super Bowls.

Unlike now, I was an avid football fan back in 1969. The game was played outside on dirt and mud and snow-covered frozen fields. And there was considerably less hype and know-it-all announcers. The Vikings were my team and Joe Kapp my favorite player. Not the most talented quarterback, perhaps even the least talented to ever lead a team to the Super Bowl. He threw weak, wounded-duck passes, taunted linebackers, hurdled cornerbacks, doing whatever necessary to win. He made the game fun to watch. Before coming to the Vikings, he played in the Canadian Football League. Not too long ago, I was watching TV one night and a news clip came on. An altercation at a banquet honoring old Canadian football stars. Two old men in their seventies, former bitter rivals, get into a fight. After getting whacked with a cane, Joe pops the other guy, knocking him off his chair. Ah Joe, you still got it.

And I don’t know if you’ve ever seen “The Play,” the last play of the California-Stanford football game of 1982. California won the game with quite possibly the wildest football play of all time. And the coach for California…my man Joe Kapp.

I was not a fan of Robert Kennedy. I was for Eugene McCarthy, the anti-war senator from Minnesota who first had the courage to challenge a President from his own party. Only after McCarthy showed some success in the primaries did Kennedy join the race. I viewed it as too calculatingly political. Yet when Kennedy was assassinated I just shut down. At the time I read nothing about the shooting. I was still troubled by Martin Luther King, Jr. being killed two months earlier and now more violence rupturing the political arena. It was a turbulent era and I truly wondered, as many did, if our nation was coming apart.