THIS DAY IN HISTORY… MARCH 2 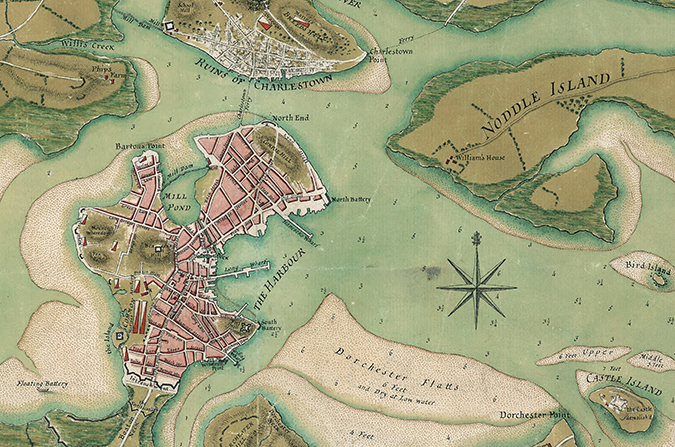 Ft. Ticonderoga and Ft. Crown Point had been captured by Colonials led by Benedict Arnold.

Over the course of the winter, Col. Henry Knox, using oxen and sleds, managed to transport the captured armaments, including over 50 cannon, to Boston.

Once the shelling began, the British realized their position was untenable and they evacuated Boston on March 17th.

Signed into law by President James Monroe, this was the U.S.’s first immigration law. Ship captains, for reasons of profit, jammed their holds full of immigrants, and many died during the passage. The law was an attempt to limit the number of passengers a ship could carry and its intent was for humanitarian reasons.

I’m sure that must be the real reason for the new travel ban. The person who received the second most votes in the last election must be concerned for the safety of refugees seeking their way to the U.S.

Hitchhiking in England, I was picked up by a guy who had the broadcast of a cricket match on his radio. While a droll announcer, his voice never once exhibiting a shred of excitement, rolled off indecipherable terminology for over an hour, my mind slowly leaked into alternate realms.

The first woman to be a mayor in the state of Kansas, she might have also been the first female mayor in the U.S. Some men, angered over the intrusion of the W.C.T.U. (Women’s Christian Temperance Union) into politics, placed Salter’s name on the ballot as a joke, thinking the WCTU would be humiliated by her low vote total. At that time, women had gained the right to vote in local elections in some states, Kansas included. The joke backfired and Salter was elected.

Yes, there was a time when Kansas was progressive.

Her term of office was uneventful, other than two draymen being arrested for refusing to buy licenses and some boys warned about throwing rocks at a vacant house.

A graduate of Princeton University, where he encountered social exclusion because he was Jewish, Berg spoke eight languages including Japanese. He played in 15 Major League seasons, mostly as a catcher, compiling a modest lifetime batting average of .243.

In 1934 a team of All-Stars, including such big names as Babe Ruth, Lou Gehrig, and Jimmie Foxx toured Japan for an exhibition series against Japanese All-Stars. Nowhere near the caliber of the other players, he was nevertheless invited along on the trip. In addition to his catcher’s mitt, Berg brought along a movie camera. One day, while the rest of the team was playing a game, Berg went to the roof of one of the tallest buildings in Tokyo and filmed the city and the harbor defenses. This footage was later analyzed in the war effort.

During WWII he parachuted into Yugoslavia to evaluate the partisan resistance there. He also interviewed Italian and German physicists to investigate how close the Nazis were to developing an atom bomb. He concluded it was not within their grasp.

1908 – Fyodor Okhlopkov. A Russian Yakut born in Siberia, he became one of the more deadly snipers of WWII.

Wounded a number of times, he still was credited with killing 429 German soldiers. He wasn’t honored by the Soviet Union for his heroics until 1965, many believed because of his indigenous ethnicity. Weakened by his war wounds, he died in 1967 at the age of 59.

Use ‘em and lose ‘em. Nice to know we don’t have a monopoly on that practice.

* Boston Map – Everett Historical / Shutterstock.com – “The American Revolution. Detail of: A plan of the town of Boston and its environs, with the lines, batteries, and incampments of the British and American armies. 1776.”