THIS DAY IN HISTORY… MARCH 24

A boxing match for the welterweight championship of the world. This was their third fight with each man having won once. The two men didn’t like each other and at the weigh-in the morning of the fight Paret had addressed Griffith with a homosexual slur. Griffith then refused to have his picture taken with Paret. Years later, Griffith revealed he was bisexual. The fight was a brawl with Paret knocking Griffith down in the 6th round. In the 12th round Griffith stunned Paret with two hard punches. He backed him into the ropes and, with Paret helpless, continued punching. For whatever reason the referee did not intervene as Griffith held Paret upright against the ropes with his left hand and pummeled Paret with 29 straight right hand punches to the head. Finally the referee stepped in and the unconscious Paret fell to the canvas. Taken to a hospital he never regained consciousness, and died ten days later.

That fight took place on a Saturday night. I was stationed at the Bainbridge Naval Training Center in Maryland and earlier that week had seen a notice on a bulletin board about a trip to New York City. The National Invitational Tournament semifinals were being held in Madison Square Garden on Saturday. This was back when the N.I.T tournament was more prestigious than the NCAA in college basketball. A bus had been chartered to go from Bainbridge to the games. I quickly signed up. None of my friends did but on the ride up to New York City I fell in with a group of other young sailors. I was excited, my first trip to NYC and Madison Square Garden. I had heard about that storied venue my whole life. I was also more than a little intimidated. I remember the bus going over a bridge and being frightened. I couldn’t believe how big, how expansive, how high over the water the bridge was. Remember, this was an eighteen-year-old kid from a small farm town.

I don’t recall anything about the games. What I do remember is being seated high up in the cheap seats in the Garden and looking down on the student sections, so full of enthusiasm and excitement. We were clad in our dress blues, their uniforms tended toward crewneck sweaters and slacks. There was also a presence of pretty co-eds in their midst. We belonged to a different world and sat and watched in silence. After the games we stood on the sidewalk outside the arena and pondered what to do next. There were five of us and one guy noticed a poster for a boxing match that night. A championship fight between Emile Griffith and Benny “The Kid” Paret. We discussed whether we should buy tickets or not. Well, they discussed. I kept quiet and was willing to go along with whatever the group decided. We passed on buying tickets for the fight. Everyone, including myself, felt we had been sitting on our butts in an arena long enough and as long as we were in New York we should look around.

By the middle of the evening it seemed a bad decision. The night was chilly with a harsh wind blowing. We were too young to get into bars so that wasn’t an option. We went to a movie theater to watch what we thought was a “skin flick” but turned out to be a foreign film. We left before it was over, disappointed and confused. Totally lost, I had no idea where I was and just tailed along behind the others. A couple of the guys were from big cities and they led the way. About the only thing I remember is being at Rockefeller Center and watching the ice skaters. Again we were looking at a different world that played no part in our lives. The bus ride back to Bainbridge was quiet with a sense of disappointment. I think most had hoped for more excitement from the trip.

Sunday mornings were about the only time peace and quiet made inroads into the noisy bustle and hassle of naval life. That Sunday morning was no exception. I bought a newspaper and sat at a table in the barracks. Not wanting to stand in line at the chow hall I probably had some junk food from vending machines. As has been my wont most of my life I turned to the sports section first. I read about the savage end to the Griffith/Paret fight. Ten days later Paret died. I had come so close to bearing witness to horrible history. Perhaps I felt some disappointment at the time at being so close and missing it, given the cold boredom of our night in New York. Now however I’m glad I wasn’t there. Watching a man being beaten to death is not a memory I would have wanted to carry around my whole life.

The oil tanker hit a submerged reef in Prince William Sound Alaska, spilling 11 million gallons of crude oil into the sea. That’s an estimate; the actual spillage could have been three times that amount. 1,300 miles of seacoast were spoiled and hundreds of thousands of animals perished. The cost of the cleanup thus far has been 7 billion dollars and is still not complete, with oil still buried several inches below the sand on many beaches. In 1994 a jury awarded 38,000 plaintiffs 287 million dollars and fined Exxon 5 billion dollars in punitive damages. Exxon appealed this decision and the fine was reduced to 2.5 billion. Exxon appealed again and in 2008 the Supreme Court set the damages at 507 million. Exxon then agreed to pay 75% of that amount. It took up to 25 years after the disaster for some of the money for the cleanup to be released.

Wonder how many people lost their livelihoods, how many fishermen were unable to pay the mortgages of their boats, how many more otters, seals and seabirds died, while Exxon litigated and spent who knows how much money on lawyers. Doing the right thing, or money…you can pretty much bet which one an oil company will choose. 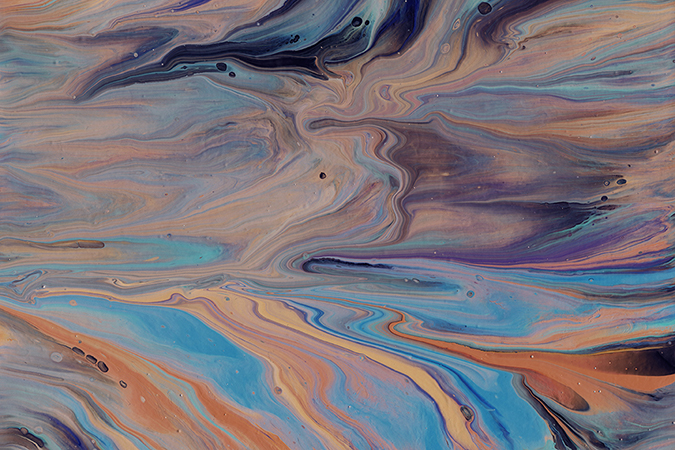