THIS DAY IN HISTORY… MARCH 6

The troubled young man left home due to a conflict with his foster father, John Allan. His first book of poetry failed to sell, and financially strapped, he joined the Army. He excelled at first, but tired of the discipline and routine. He managed to terminate his enlistment by becoming a cadet at West Point. Again he flourished initially, but finding no time to write, he decided the military was not for him. After accumulating an impressive number of offenses and demerits, the Army concurred and a court martial discharged him from duty.

The Navy ship disappeared in the Bermuda Triangle sometime around March 6th, and no trace has ever been found of her. There was a loss of 306 lives. The rational theory is the ship, overload with manganese ore, suffered structural damage and sank during a storm. The irrational, and more fun, theory is the mystery of the Bermuda Triangle. Ships and squadrons of planes disappearing into the unknown.

Our instructor at Navy radio school was a Chief Radioman with many years in the service. While we were learning Morse code he explained CW (or continuous wave) to us. He diagrammed how radio waves could bounce off the atmosphere back to earth and travel long distances. (Up in Alaska we once copied signals from a ship trapped in the Antarctic icecap.) Then with a dramatic flair he told us a story. During WWII a radioman copied a message. However, when checking the sender’s call sign it, didn’t make sense. The message came from a squadron of planes that had been lost years earlier. The radio waves had bounced around (where?) and finally returned to earth. Placing the story in the Bermuda Triangle made it even better. Probably B.S., but as a teaching technique it worked because the instructor certainly had our attention.

They were accused of passing atomic weapon secrets to the Soviet Union. They were found guilty and eventually executed. There was no tangible evidence against them other than the testimony of David Greenglass, Ethel’s brother and Julius’s brother-in-law. Greenglass, a mechanic at Los Alamos, was the one who stole the secret papers. Another man, Harry Gold, transferred the papers to a Soviet agent. Julius’s role was being the facilitator of this operation and Ether maybe typed up some notes. Greenglass’s wife, Ruth, was also part of the plot, and a German scientist, Klaus Fuchs, who worked at Los Alamos, provided Greenglass with the information.

Greenglass, because he testified against the Rosenbergs, served only ten years in prison. His wife, Ruth, was never even indicted. Harry Gold served fifteen years and Klaus Fuchs nine. The Rosenbergs were offered life sentences if they confessed but both went to the chair maintaining their innocence.

Whether or not the Rosenbergs were guilty I don’t know. What I do know is that given the severity of their sentence compared to the others, who had a more sinister involvement in the plot, they must have really ticked somebody off. 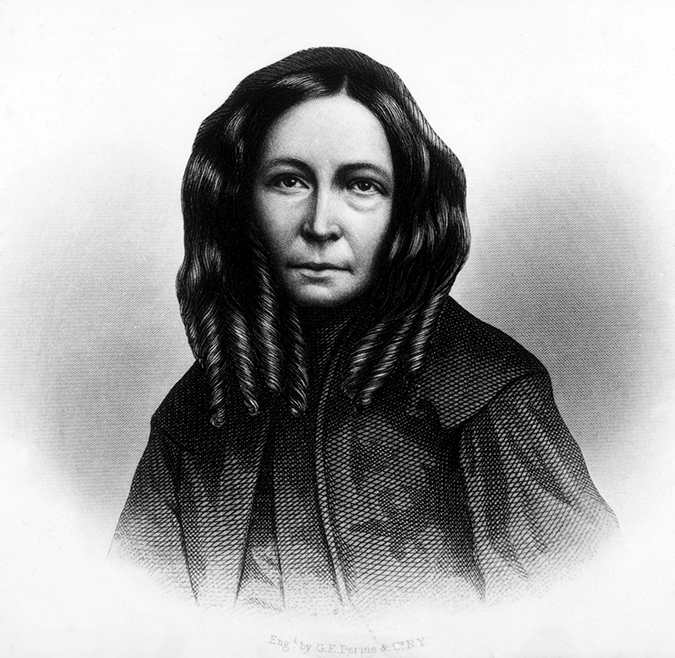 English poet. She was widely read and admired during her lifetime in England and the United States. Her poetry influenced both Emily Dickinson and Edgar Allan Poe. She grew up in a wealthy family due to her father owning a plantation in Jamaica. Despite her privilege, she spoke for those less fortunate. From the Poetry Foundation: “Her humane and liberal point of view manifests itself in her poems aimed at redressing many forms of social injustice, such as the slave trade in America, the labor of children in the mines and the mills of England, the oppression of the Italian people by the Austrians, and the restrictions forced upon women in nineteenth-century society.”

Disinherited by her father upon her marriage to poet Robert Browning, the couple lived in Italy. Injured in a riding accident as a teenager, she lived a frail existence, while addicted to pain-relieving drugs. This more than likely was a factor in her early death at age fifty-six.

Other than “How Do I Love Thee,” I haven’t read her poetry. Sometimes in summertime, I ride my bike down to Harriet Island on the Mississippi, eat lunch and read a book of poetry. Next summer, I’ll have to get one of her books.

Hall of Fame baseball pitcher. Grove came from coal mining country and after two weeks of working in a mine decided it wasn’t for him. Grove didn’t start playing organized baseball until he was nineteen. Discovered playing sandlot ball, he was signed by the then-minor league team, the Baltimore Orioles. He didn’t pitch in the major leagues until he was twenty-five years old, yet still won 300 games. His winning percentage at .680 is one of the highest ever, and he pitched in an era dominated by the hitters. Some argue that Lefty Grove was the greatest pitcher of all time.

One can not simply match up the statistics of one era against another to determine the answer of who was best. That is the beauty of baseball, the game and the numbers it provides is unending fodder for barroom discussions.

One half of the Abbott and Costello comedy team. He was the comic foil to Abbott’s straight man. Starting out in vaudeville the team became enormously successful in the 40s and 50s. Their “Who’s on First” routine is a classic, and President Roosevelt liked it so much he had them perform it for him a number of times. In ill health because of rheumatic fever, Costello died of a heart attack at age fifty-two.

While it can’t hold a candle to the poetry of Elizabeth Barrett Browning, “Who’s on First” is probably more enduring. 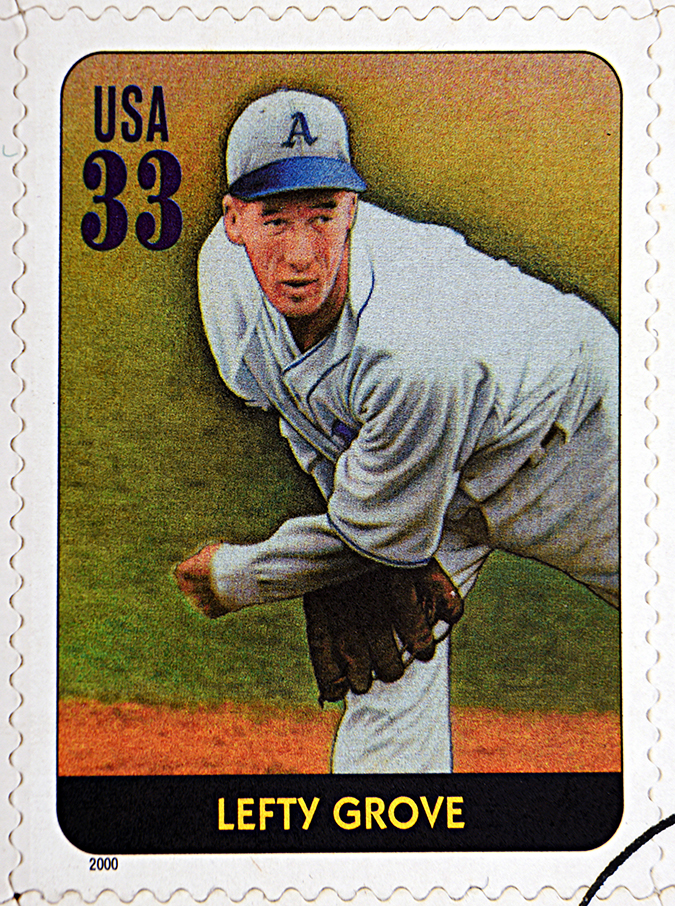