THIS DAY IN HISTORY… MAY 12

Unable to suppress the revolution in the north, the British shifted their efforts to the southern colonies. Leading a force of 8,500 soldiers and 5,000 sailors, General Henry Clinton laid siege to Charleston, South Carolina on March 29th. After six weeks of bombardment, including heated shot that caused buildings to burn, General Benjamin Lincoln was forced to surrender the city. The British captured over 5,000 prisoners and huge caches of munitions and supplies. It was one of the worst defeats the Americans suffered in the Revolutionary War and left no standing army in the southern colonies. Despite the victory, the British strategy in the South failed. The expected uprising of Loyalists to the Crown did not materialize, and American resistance continued in the form of guerrilla warfare.

The poor British. It must have been like playing whack-a-mole for them. No matter how many times they won, those pesky Americans would just pop up in another place.

Van der Veen was a Dutch artist in Amsterdam who resisted the Nazis during WWII. He refused to sign a declaration of Aryan ancestry, was part of an organization called the Free Artist, and helped produce an underground resistance newspaper and printed 80,000 sets of false identity papers for Jews. After his arrest he was executed on June 10th, 1944.

A short summation for a tremendous display of courage. This is not the first time I’ve devoted space to resistance fighters. They knew what they were facing torture and death if captured. Submission also most likely meant survival because they weren’t the targets. People like van der Veen did it for others. I can’t help but be fascinated by their contributions to a greater good. This stands in contrasts to those, who during the COVID-19 pandemic, refuse to wear a mask for the greater good because, what…it infringes on their personal freedom, or is too much of a sacrifice?

Dylan had planned to sing a satirical song from the perspective of a member of the John Birch Society. Included in it was a line the only true American was George Lincoln Rockwell, founder of the American Nazi Party. Ed Sullivan had no issue with the song, but during dress rehearsal a CBS executive heard it, objected, and told Dylan he’d have to sing a different song. Dylan refused to bow to censorship and walked off the show. At the time Dylan was relatively unknown and a spot on the Ed Sullivan Show was considered a big break for a performer. However the publicity he received, a nobody taking on the powers that be, might have been worth more than an actual appearance on the show.

I’ve never heard this story before. Way to go, Bobby.

Missionary, explorer. Born in Belgium, Hennepin became a Franciscan priest at a young age. Adventuresome, with a missionary zeal, he traveled through much of Europe, and also nursed wounded soldiers in a war. He was almost fifty years old when he was one of five priests chosen by Louis XIV to go to New France to spread the word of God. They landed first at Quebec and then moved further into the interior of North America. Hennepin was one of the first Europeans to observe Niagara Falls. Traveling with Rene de la Salle, they moved further inland and built a fort at what is now Peoria, Illinois. Hennepin was then chosen to explore a great river they had heard about, the Mississippi. Early in his exploration he encountered a war party of Sioux paddling 32 canoes. Captured, he wasn’t killed, but instead brought upriver and adopted by the Sioux. It was at this time he first saw and named St. Anthony Falls in what is now present day Minneapolis. On an expedition with the Indians they encountered another explorer Daniel Du Lhut, who convinced the Sioux to let Hennepin go free. He returned to France to write up his exploits. Father Hennepin never returned to the New World.

Father of Anne Frank. Frank had served with distinction in the German army during the First World War. He and his family, because they were Jewish, fled to Amsterdam when the Nazis came to power. A businessman, he was forced to give up his company after Germany invaded Holland. On two occasions he tried to obtain visas so his family could emigrate to Cuba or the U.S. but failed. In July of 1942, one day after his oldest daughter, Margot, received a summons to report for labor duty in Germany, he took his family into hiding. Others joined them, and they hid in an attic for two years, during which time his daughter Anne wrote her famous diary. Upon discovery they were sent to Auschwitz Birkenau. He was liberated by Soviet troops in January, 1945 and was the sole survivor of his family and the others who hid out in that Amsterdam attic. A neighbor had found Anne’s diary and gave it to him and he saw to its publication. Otto Frank died in 1980.

Having lost everything in his life, it’s hard to imagine Otto Frank’s reaction as he first read his daughter’s diary.

Writer. Mowat grew up in Saskatchewan and was drawn to nature at an early age. He studied Zoology at the University of Toronto before joining the Canadian army in 1940. As a young officer he served with distinction in Europe and also suffered from battle fatigue. After the war Mowat worked as a field assistant for naturalists and in 1952 published his first book. “People of the Deer” was about the struggles of the Inuit people living in the barren outreaches of Canada. It made him a popular and controversial figure, a role he would maintain the rest of his life. His 1963 book, “Never Cry Wolf” was made into a popular, if inaccurate some say, movie. Mowat’s observations were sometimes decried by scientists and environmentalists, criticism that did not faze him. In his own words he “never let the facts get in the way of the truth.” Mowat won a number of awards in his life including one for humor writing for “The Boat Who Wouldn’t Float.”

I’ve read the book about the boat and it is funny. Despite writing mostly about nature he could make wry and humorous observations. 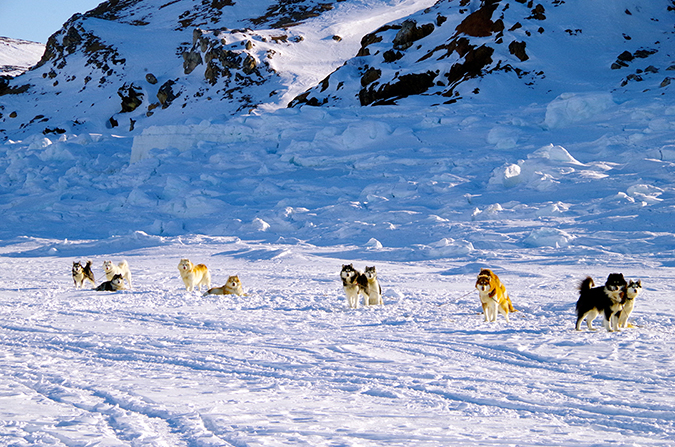